We have seen quite some expansion from the LEAGOO brand in 2017 and it seems like they are planning to fuel the fire further in 2018. In order to become the real global brand as they want better after-sales service was needed. So it’s only a logical step to open local service centers so the customers are not only reliant on the China-based ones. And well they just delivered exactly that.

LEAGOO has recently established official customer service center in Europe (located in Poland) and Russia, providing local service to the company’s European and Russian customers. LEAGOO claims that in Europe a malfunctioned smartphone can be fixed within 3 working days upon receipt, which is a good news to LEAGOO European users troubled by smartphone issues. What’s more, with only purchase proofs and warranty certificates, LEAGOO users can enjoy local LEAGOO customer service totally for free. The warranty duration for LEAGOO Europe market is as long as 2 years while the Russian market has standard 1-year warranty.

Sounds pretty great to me and these two new service centers are apparently only the first step of a bigger plan, because just look at the map below. There are plenty more coming all over the world so the LEAGOO users will be soon taken care of and the brand will take a massive step to the global presence. You can read up more about that on their website. 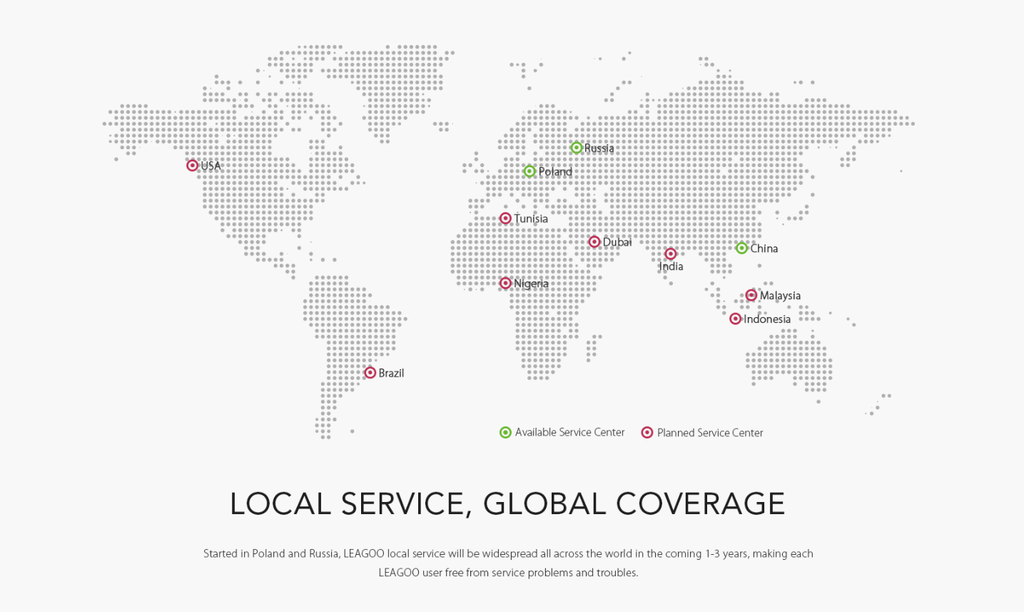 And to fire off the New Year in style they have some sale offers for their latest models like the LEAGOO S8, LEAGOO KIICAA MIX, LEAGOO M9 or the LEAGOO T5c. So check it out, maybe some will be just for you.