Seems like the tradition will continue, because just recently Vernee announced via a Facebook post, that there will be soon coming a successor to the Apollo lineup. And today we have for you some exposure about this particular model – Vernee Apollo 2, so we can have some initial idea what to expect.

Acording to the exposure poster we can clearly see, that Apollo 2 will be sporting large screen-to-body ratio catching up to Samsung Galaxy Note 8 and the very obvious 2.5D curve design could even indicate it could be using the same Super AMOLED screen. Apollo 2 should also be featuring metal build, fingerprint scanner in the back and dual rear cameras support the portrait mode. 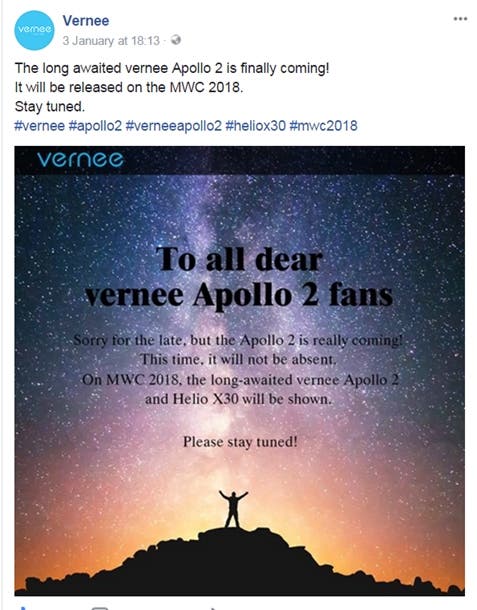 As for the hardware Apollo 2 will be allegedly equipped with some heavy hitting setup including Helio X30 processor, 8 GB RAM and 256 GB of internal memory. The price shouldn’t be higher than $400 and the official announcement is expected to come during MWC 2018 in Barcelona, so the wait won’t be long.