Meizu’s heavily leaked phone, the M6S has once again appeared on the rumoursphere. This time the handset has been spotted on Geekbench website. Also known as the mblu or Blue Charm S6, the handset is scheduled to launch on the January 17th. Interestingly, we got to know earlier today that the Meizu M6S would come in an Exynos and a MediaTek flavour. The domestic variant would be an Exynos variant. While the global variant would be a MediaTek-powered handset. 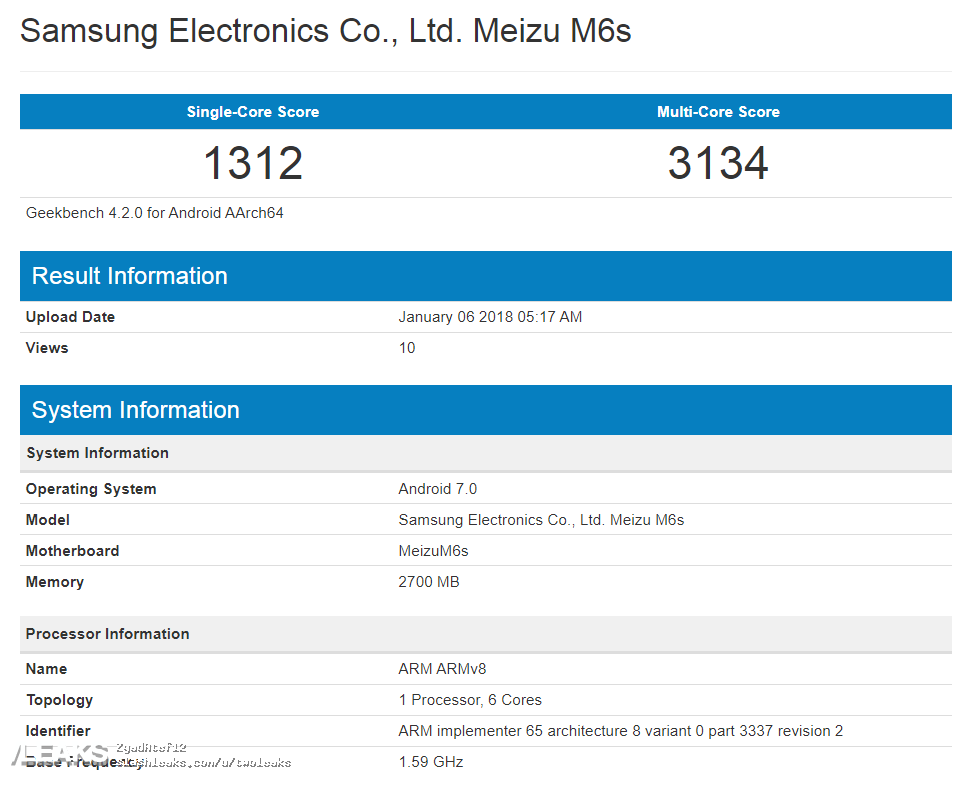 The Geekbench listing here supports earlier reports of an Exynos 7872 chipset in the phone. As the Exynos 7872 sports a hexa-core design of cores, the Geekbench index also shows six cores. Moreover, the listed variant has 3 GB of RAM and runs Android 7.0 Nougat instead of Android 8.0.

The Meizu M6S is certain to feature the trendy 18:9 aspect ratio on display along with fingerprint sensor embedded in the power button. The handset has passed TENAA certification and will be unveiled in a week.

Previous Galaxy A5 (2017) gets new security update in the Netherlands