It seems that we’re approaching that time of the year guys, when the new Meizu M6S model (also dubbed as mBlu S6) will be unveiled officially. The Chinese company has already announced that a special event has been scheduled on January 17 and has also launched 2 teaser regarding some of the specs of the device. 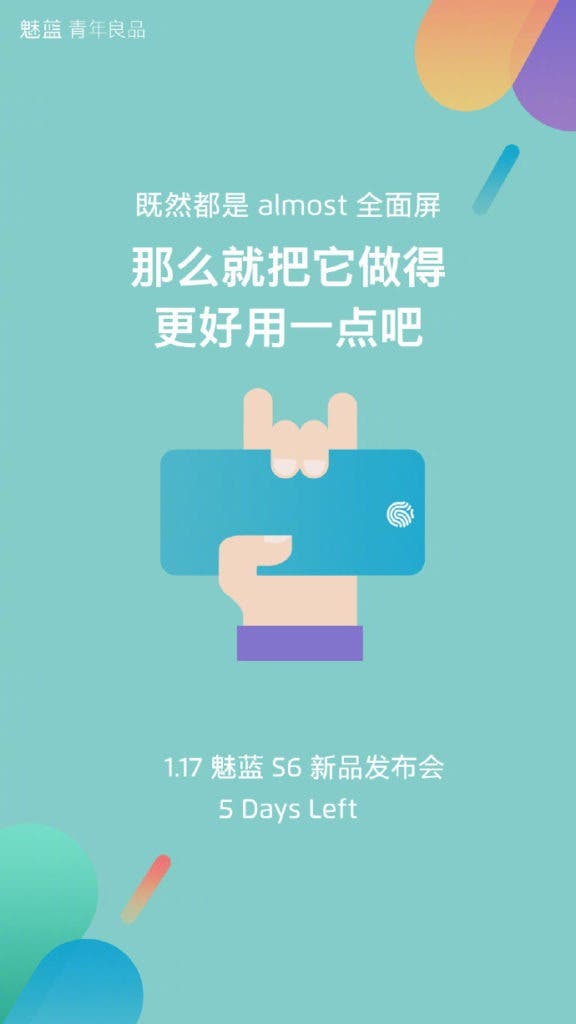 One of them is quite mysterious as it could contain info regarding the use of on-screen recognition technology as you can see for yourselves. However we already know that the most awaited device will already pack a side-mounted fingerprint sensor as some leaked photos have already confirmed, so what’s really the deal with this teaser above?

Our guess is that Meizu wants to retain our memory of their trademark mBack home button (that used to work as a fingerprint scanner in previous models) and this can be confirmed also by the way the hand holds the device in the teaser above. After all there have been no rumors regarding Meizu and the use of an on-display fingerprint scanner during previous months. Only Vivo has recently announced their first smartphone with the use of the in-display fingerprint technology from Synaptics.

It will pack a 5.7-inch 18:9 display with an HD+ resolution of 1440 x 720 pixels. We will know everything about the first mBlu branded model from Meizu in just a couple of days. Stay tuned 😉

Next Huawei might be working on a smartwatch with interactive edges