Apart from Samsung, Huawei is another manufacturer that is brave enough to innovate in the slow-mo smartwatch industry. Rightly so, Huawei’s smartwatch is one of the best wearables with Android Wear out there. Now, a new report suggests that the company is planning to up the ante and bring touch-sensitive bezels to its smartwatches. As such, a new Huawei smartwatch is in the offing. 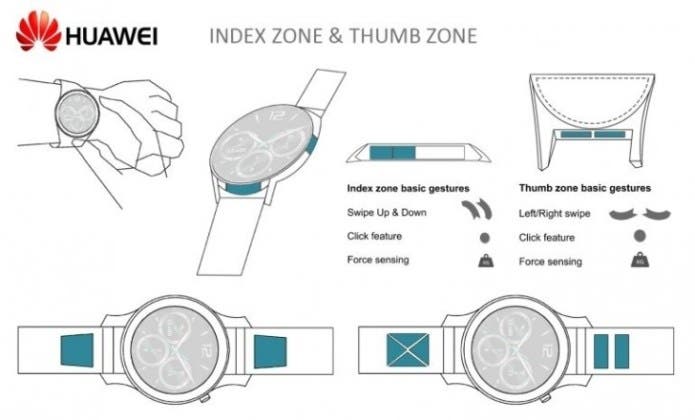 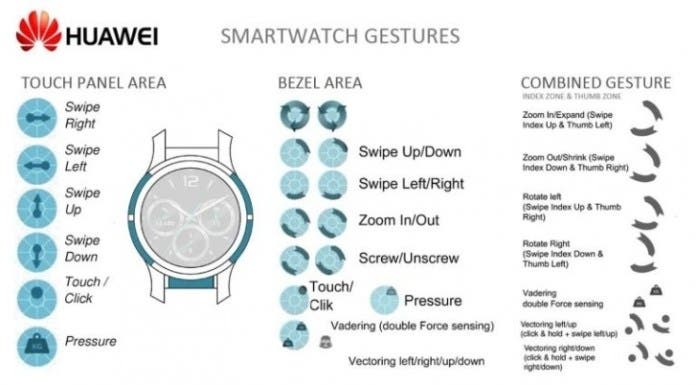 The report by popular Android portal, AndroidAuthority says that Huawei has applied for a patent with WIPO for bezel-controlled watches. The patent is also quite clear and detailed as can be seen in the images. As per the patent, Huawei will have four touch-sensitive zones on the bezels. These zones will not only be touch sensitive, they will be force-sensitive as well.

Besides the bezel, there will be touch zones on the bands too. Users will be able to swipe up and down, tap the bezels to click, and even force touch for other functions. Moreover, multiple zones can be touched at once to zoom in or out, rotate left or right and so on. The implementation is somewhat unique as even Samsung hasn’t yet implemented such features in their flagship Gear S3.

If this Huawei smartwatch does become a reality, it will be an interesting product and one that will be a good competitor to the dominant Apple Watch. However, patents like these sometimes also end up nowhere. We only hope that’s not the case with this one.

Next This Week on GizChina - January 8-14