The Asus Zenfone 5 Lite, a member of the upcoming 5th generation Zenfone series has just been certified in Russia. Asus CEO (Jerry Shen) back in September 2017 confirmed that the Zenfone 5 series of smartphones will be unveiled earlier than the Zenfone 4 which were announced in August 2017, so we are actually not surprised that the Zenfone 5 lite is popping out at this time.

With the certification of the Zenfone 5 lite in Russia, the device probably is set to be pushed to the market, and the company may be preparing to unveil the device at the upcoming Mobile World Congress or at a dedicated press event which may come up shortly after the MWC 2018.

While the Russian certification body usually does not give out specs details, there are few giveaways that hint at what to expect of the device. First, the C in the Zenfone 5 Lite model number ZC600KL points towards a budget phone, which is by the way clear from the lite moniker. The digits “60” in the model number could be an indication that the device will house a 6.0″ display likely with an aspect ratio of 18:9. Lastly, the KL in the model number suggests it will be powered by a Qualcomm chipset and with LTE support. 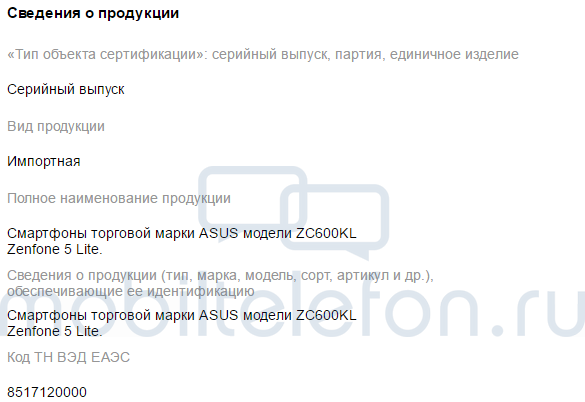 There is presently no official words on when the device will be made official, but the latest certification suggests an official launch is around the corner, and we are always on ground to inform you when it is finally made official.