Here we are, back from winter holidays with not too many new alternatives on the market, sadly. Hopefully this will change in the following months as we get closer to the MWC (Mobile World Congress) though. Nonetheless, the five Chinese smartphones listed below are still the best you can currently find online for under $200, so if you need one: keep reading!

Albeit getting outdated at more than a year from its launch, the Xiaomi Redmi Note 4 is still one of the best phones under $200 money can buy. Xiaomi’s budget killer comes with a good and power efficient Qualcomm Snapdragon 625 paired with 4GB of RAM and 64GB of internal storage (expandable).

At the opposite end of the spectrum we find Xiaomi’s latest Redmi 5 Plus. The handset does not shine for its internal hardware as we find the same Qualcomm Snapdragon 625 SoC coupled with 4GB of RAM and 64GB of internal storage (expandable) of the predecessor, but it does come with 2017’s and probably 2018’s as well 18:9 full screen design trend.

The Xiaomi Redmi 5 Plus packs a 12MP rear camera with an F/2.0 aperture, a 5MP selfie snapper and a large 4000mAh capacity battery. It supports 4G LTE networks but band 20 is not among the supported ones.

As we previously mentioned, the Redmi 5 Plus is a good device for those who want a 18:9 phone from a trusted brand for less than $200.

Always from Xiaomi but with a stock Android ROM on top, we have the Xiaomi Mi A1. The handset is basically a more premium Redmi Note 4 as it boasts the same Qualcomm Snapdragon 625 paired with 4GB of RAM and 32GB (or 64GB) of internal storage.

Are you a tiny bit flexible with pricing? Then add a couple extra bucks and get yourself a nice Huawei Honor 7x. Honor’s recently launched budget phone performs very well due to its Huawei powerful HiSilicon KIRIN 659 coupled with 4GB of RAM and 32GB of internal storage (expandable), plus it features a large 5.93-inch FHD+ 18:9 display and the dual camera setup Huawei is famous for.

LeEco does provide a large of number amazing handsets below $200 but we picked the Le Pro 3 X722 as the best of them all. The smartphone does indeed feature the still powerful Qualcomm Snapdragon 820 processor paired with 4GB of RAM and 32GB of internal storage for around $160. 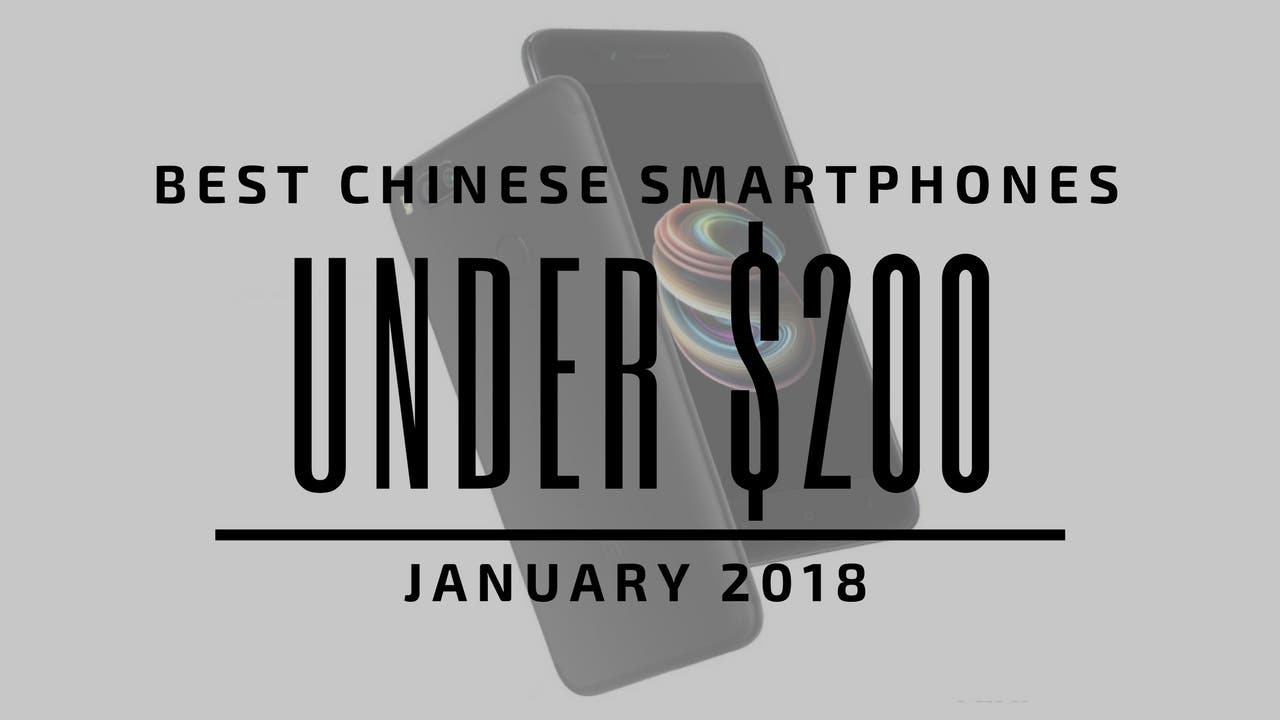 With LeEco’s really cost-effective device we conclude our top 5 list under $200 for the first month of 2018. Let us know in the comments section below if you agree with our picks or if you’d suggested something else; see you next month!

Check out our sub $100 January list if you’re on a tight budget!