Xiaomi, a company well known for making smartphones at affordable prices at the CES 2017 first announced the Xiaomi Mi TV 4A series consisting of the 65”, 43”, 49”, 55” models, which was then followed by the 32″ model. Now, about a year after its initial release, the company has announced the Mi TV 4A 50″ model.

The new Mi TV 4A 50 will be available for pre-order registration from 19th of January, while the actual sale is expected to begin from 23rd. It is priced at ¥2399 (~$372) but isn’t immediately clear if same will be the available outside of China.

Besides the difference in display sizes, the Xiaomi Mi TV 4A shares same design and specs with other variants of the TV. The TV has a 4K UHD (3840 x 2160) resolution and a 60HZ refresh rate with support for HDR10+ HLG and is packed with a quad-core 64-bit high-performance Amlogic T962 clocked at 1.5GHz with Mali 450 750MHz GPU coupled with 2GB DDR4 of RAM and 8GB eMMC5 flash memory.

The TV is equipped with Dolby and DTS-HD audio and it also comes with a voice supported remote that allows you search for your favorite shows, control playback, ask questions, and even control other Xiaomi smart products connected to the same network as the TV.

On the connectivity part, the Xiaomi Mi TV 4A 50”  has 3 HDMI ports, 2 USB ports, AV input, an ethernet port, and a S/PDIF audio output port. 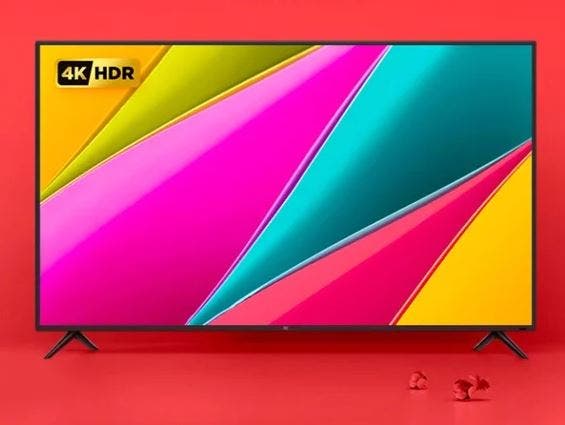