Vietnamese Mi fans will be quite pleased with Xiaomi’s recent actions as the company announced the availability of budget-friendly Xiaomi Redmi 5A in Vietnam. This Snapdragon powered 5-inch smartphone will be exclusively sold by Lazada for VND 1.79 million which roughly translates to $79. Xiaomi officially arrived in Vietnam about one year ago at an event in Ho Chi Minh city where the company unveiled the Xiaomi Mi MIX, Redmi 4A, and Redmi Note 4. Just recently, Xiaomi Mi A1 Special Edition also arrived in Vietnam in an event that also saw the opening of the first authorized Mi store in the country. 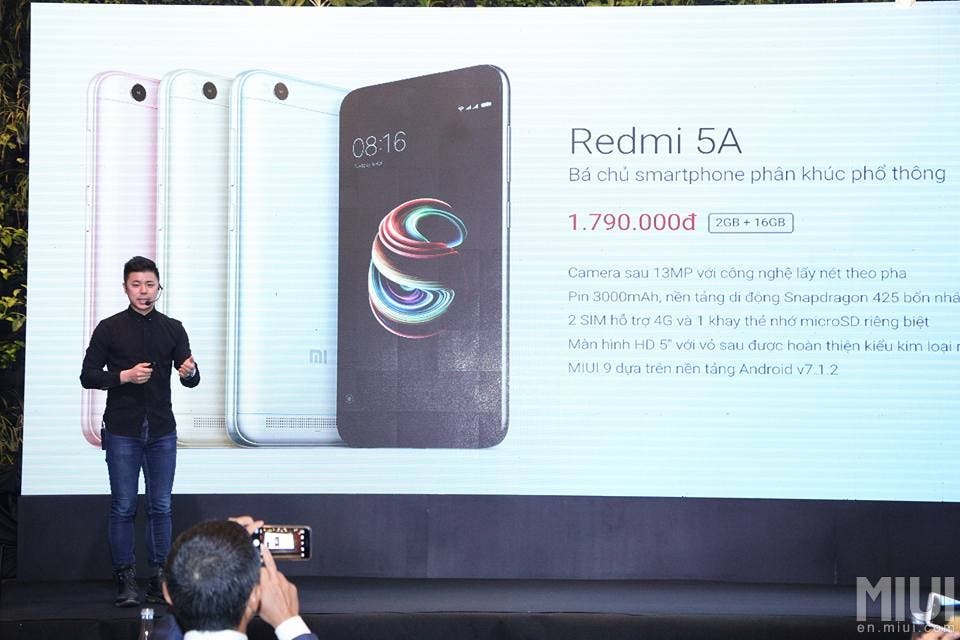 The Xiaomi Redmi 5A which was released in December 2017 is powered by a 1.4GHz Quad-core Qualcomm Snapdragon 425 processor coupled with 3GB of RAM and 32GB of internal storage. There is also the 2GB of RAM and 16GB of internal storage option. It is equipped with a 5-inch IPS LCD capacitive touchscreen with a 720 x 1280 pixels resolution and 69.1% screen-to-body ratio. In the camera department, it comes with a 13MP rear camera supported by a 5MP selfie snapper. The lights of this smartphone are kept on by a non-removable 3000mAh battery.

Samsung to move its smartphone production line away from Vietnam

Vietnam to ban the production and import of 2G/3G phones