On December 27 we came in with an interesting article talking about a symbolism of numbers. On that date up to 27 Xiaomi phones have been getting an OTA update to change their software version to MIUI9. The most of those models were launched recently. But Xiaomi has never forgotten about early models. Today a Weibo user posted a photo showing his old Xiaomi Redmi 1S had got a MIUI9 update as well. 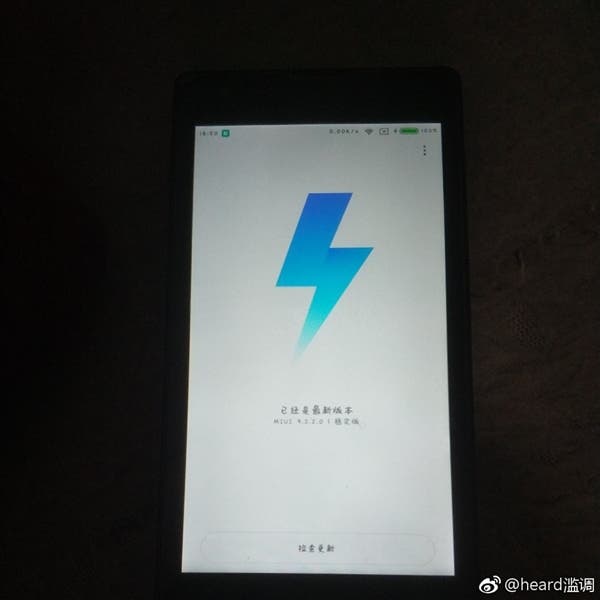 On July 26, 2017, Xiaomi began pushing OTA updates to various models allowing them to get the latest MIUI9 Stable Version. This is a quite common practice, but this software comes with many features that shouldn’t work properly on older models. Moreover, most likely, it requires a more powerful hardware. That’s why the owners of old Xiaomi models have been thinking the MIUI9 update will bypass them. Fortunately, the Chinese smartphone maker doesn’t think so. The truth is the Xiaomi Redmi 1S can be updated to MIUI9 and it’s an official Stable Version.

As for the phone, it was launched back in 2014. The device sports a 4.7-inch screen, Snapdragon 400 chip, 1GB of RAM, 8GB of internal storage, 1.6MP front shooter, an 8MP rear camera, and a 2000mAh battery. These features don’t sound attractive nowadays, but that time it was a real hit becoming one of the world’s bestselling smartphones.

After 4 years, the manufacturer pushed the MIUI9 update to one of its older models. According to the company, MIUI9 is way faster due to improved app startup speed, dynamic resource allocation mechanism, and so on.