In the last years, smartphones have gotten so much faster and powerful, displays have gotten bigger and sharper, and the operating systems now come with an insane number of features. So, how does phone autonomy keep up with that? Ulefone thinks a bigger battery is the solution. 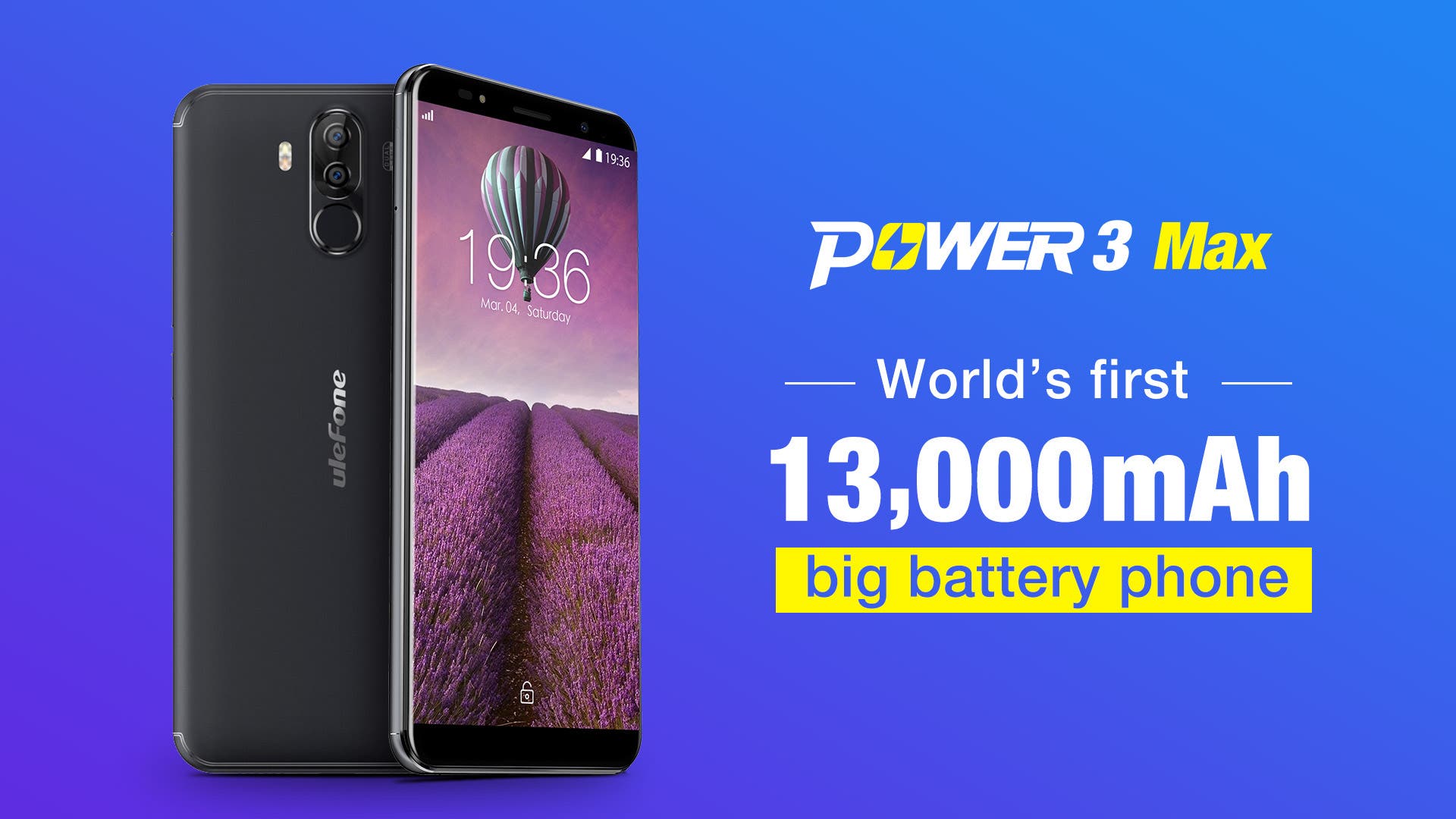 As you may know, Ulefone’s latest device in the big-battery Power lineup of phones is the Ulefone Power 3 which packs a large 6080mAh battery and has received a quite positive feedback from the public.

Months back, we reported that Ulefone were planning to launch a 13,000mAh device named Ulefone Power 3 Max. Today, the Chinese phone maker finally confirmed the device is coming and that they are already finalizing the last details.

The Ulefone Power 3 Max with its massive 13,000mAh capacity battery will possibly become the phone with the biggest battery in the market and with it will probably come some of the best autonomy in the industry. Other specs, release date and price of the Power 3 Max are yet to be revealed, so we will have to wait a little longer before the phone sees the surface.

Next AllCall Mix2 Coming with a Full Screen 2.0 Design