Coolpad Group has sued Xiaomi and three others over patent infringements across 3 patents. The Yulong Computer Communications Technology (Shenzhen) Co. Ltd., which is a subsidiary of Coolpad Group took to court Xiaomi Communications Technology Co. Ltd.(1), Xiaomi Technology Co. Ltd.(2), Shenzhen Tongtianda Electronics Co. Ltd.(3), and the first branch of Xiaomi Co. Ltd. Shenzhen(4). Earlier, Jiang Chao, Coolpad’s CEO, said that of the over 10,000 patents that Coolpad owns, many may have been stolen and that they plan to take it up with these companies. 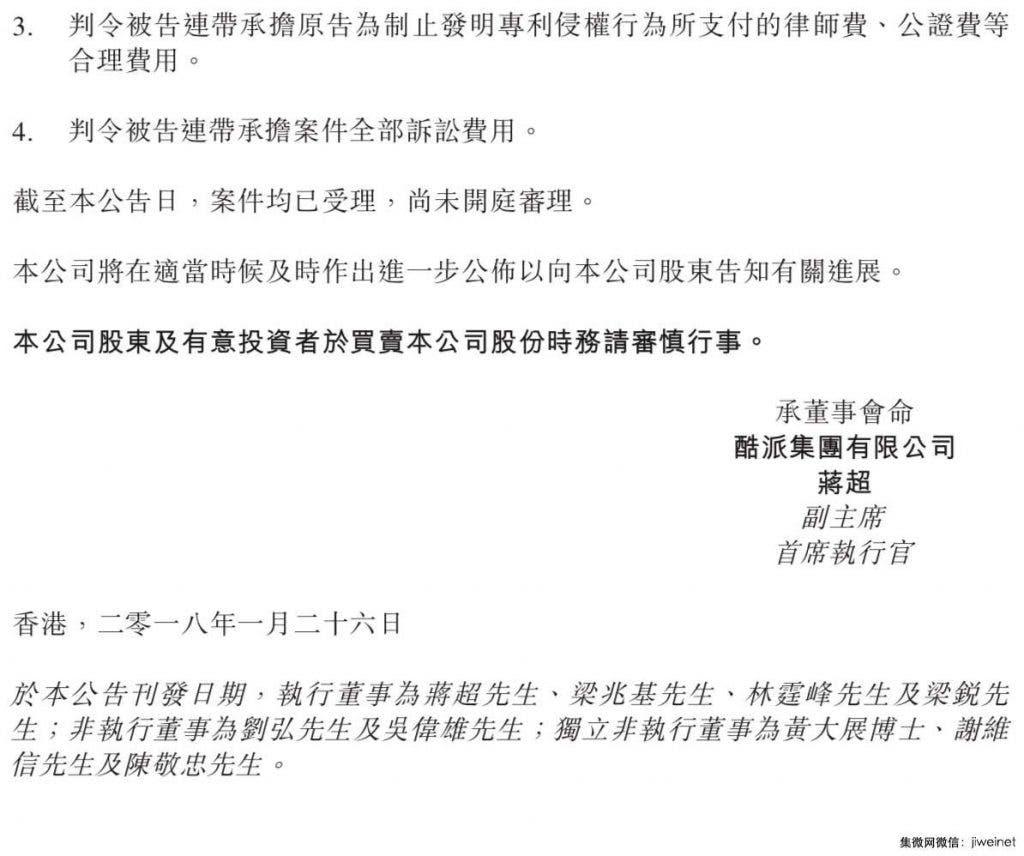 Yulong claims that the 4 defendants produced, sold and promised to sell products that infringed on three of its patents, all of which relate to app management, notification, and system UI. No other information regarding the patents is known. The plaintiff also claimed that the infringement led to massive losses, thus demanding the court to put a stop on the production, promise to sell and selling of the products that infringed on their patents by the four defendants.

Yulong has also requested that the first and fourth defendants pay compensation for the significant losses suffered, bear the full cost of legal fees, notarization fees, etc. The Guangdong Province Intermediate People’s Court will be presiding over this case. The hearing is yet to begin.