The Mini PCs and TV boxes come with a similar design. But they are designed for different purposes. If the latter is added to a TV to make it into a smart TV, the mini PCs turn a monitor into a full-featured desktop PC. The advantages coming from such devices are obvious. They occupy less space, look modern, and handle the same tasks as on a regular desktop PC. So if you find a good mini PC running the latest Windows OS, grab it! If you are looking for a Windows 10-running mini PC that also comes with a decent hardware and costs affordable, here is one you should take a peek at. The ACEPC T8 mini PC has got a price off and now you can get your hands on it for only $99.99 after applying the coupon (code: GBCT8). This product is capable of doing the most of tasks you set in front of it.

The selling point of the ACEPC T8 is the Intel Z8350 chip. The latter is a power-efficient quad-core SoC clocked at 1.44 – 1.92 GHz and part of the Cherry Trail platform. Thanks to its 14nm low-power process node the energy efficiency has been significantly improved over its predecessor Bay Trail-T. It’s considered to think this chip provides a performance identical to the Qualcomm Snapdragon 801. However, when using Windows, the chip is adequate for everyday tasks such as browsing or Office, but not for complex software or modern heavy games.

The ACEPC T8 also comes with a 2GB of RAM, 32GB of internal storage, and the Intel Gen8 GPU. The latter supports DirectX 11.2 and due to the 12 Execution Units as well as a clock speed of up to 500MHz, this graphics can handle some older and less demanding Windows games. But what we are more interested in is the 4K support at H.265 video decoding option. 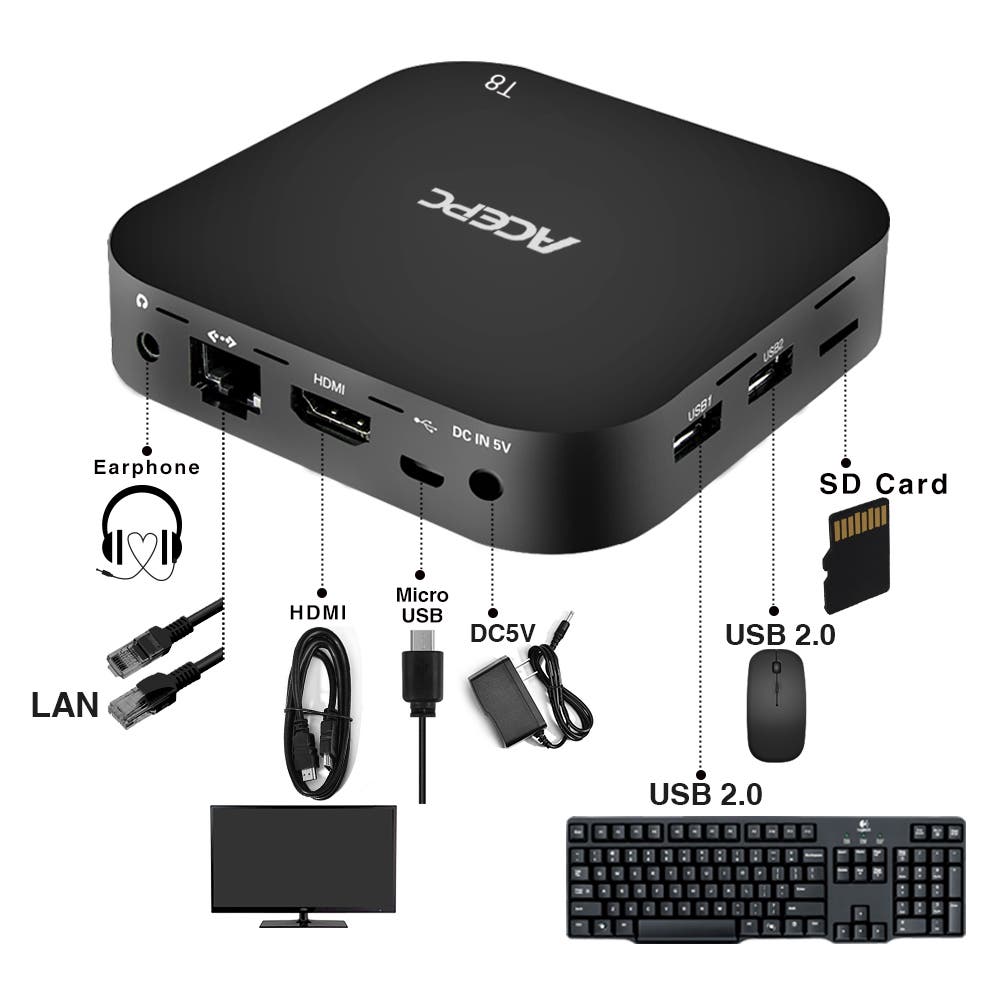 As for connectivity, the ACEPC T8 comes with a WiFI and Bluetooth 4.0 support, but there are also a respectable set of interfaces including USB 3.0, USB 2.0, micro USB, HDMI, and LAN ports, a TF card slot, DC and headphone jacks. Everything is under the control of Windows 10.

Buy this mini PC running on Windows 10 at $99.99 on GearBestCoupon Code: GBCT8