Xiaomi first stock Android smartphone, Xiaomi Mi A1, is on the news again. In recent times, there has been a lot of complaint with respect to the Android Oreo rollout to the Mi A1. This update was suspended twice before the third and final push but it seems that the problems still persist. A few days ago, there were reports of swift battery drain and fingerprint scanner issues on this smartphone after updating to Android Oreo. Now fresh reports suggests that the camera functionality is also affected. The camera problems are numerous, while some users complained of broken portrait mode, others highlighted a “forced close” when you click on certain settings/edit buttons after taking a picture. Other complaints include poor shutter response, flickering, poor picture quality, and camera failures. 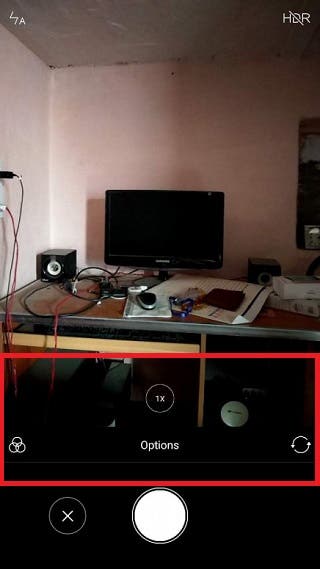 “Camera now has big problems. When I open it sometimes the screen turn black or are some black lines on the screen and has big lag, now capture less detailed photos, more noise and focus problems even in good light conditions and all of this after Oreo update”

There complains are pouring in from all angles both on the MIUI official forum where many threads have been opened and even on social media. However, the presence of these issues has been acknowledged by the company. A member of the MIUI Bug Hunter Team said that users should wait for the next update. 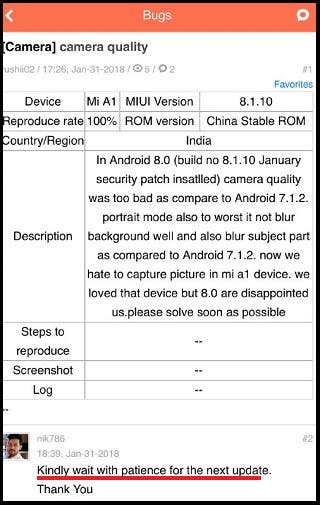 His response is obviously a hollow pipe because there are no details as to when we should be expecting the fix. However, we can only hope that the team is currently working on these issues. The general advises for Xiaomi Mi A1 users right now is “DO NOT UPDATE TO ANDROID OREO”. We are keeping a close tab on the development and will update you ASAP.