Late last year, Xiaomi released the Android Oreo update to Xiaomi Mi A1. This smartphone is the first Xiaomi product to run on stock Android thus it was expected that updates and bugs wouldn’t be a problem. However, it appears that Xiaomi encountered some difficulties with the release of Android Oreo to the Mi A1. Recall that this update was suspended twice before the company finally announced the third rollout a couple of days ago.Nevertheless, it appears that this update which also includes January security patch comes with some bugs which include swift battery drain. 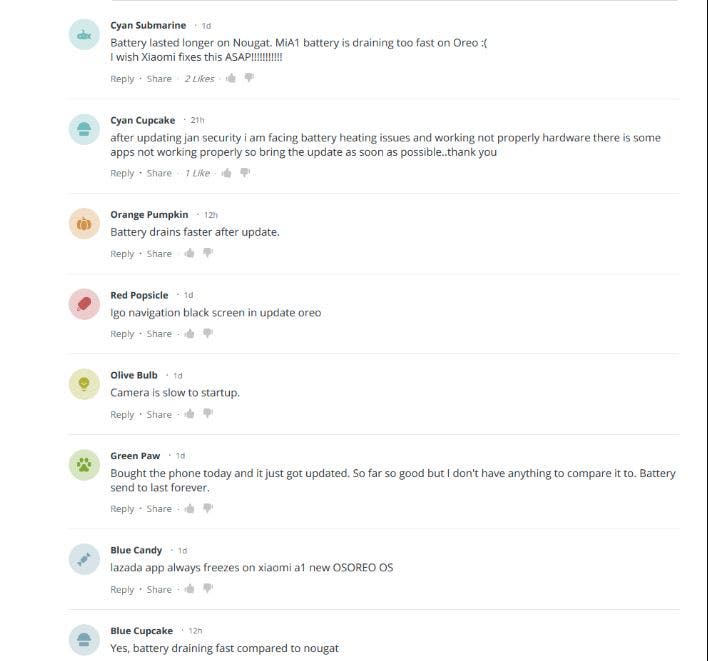 Comments on our previous post suggest that users have been getting this update seamlessly without any problems but a recent poll on c.mi.com shows that some users have been having problems with fast battery drain.

It’s quite disappointing that the Mi A1 has to experience bugs and other discrepancies. Many users have the idea that since this smartphone uses stock Androids, bugs wouldn’t be a problem. Swift battery drain is not the only issue associated with the Oreo update on Mi A1. Users have also complained about lags when making calls, overheating issues, and some problems opening certain apps. 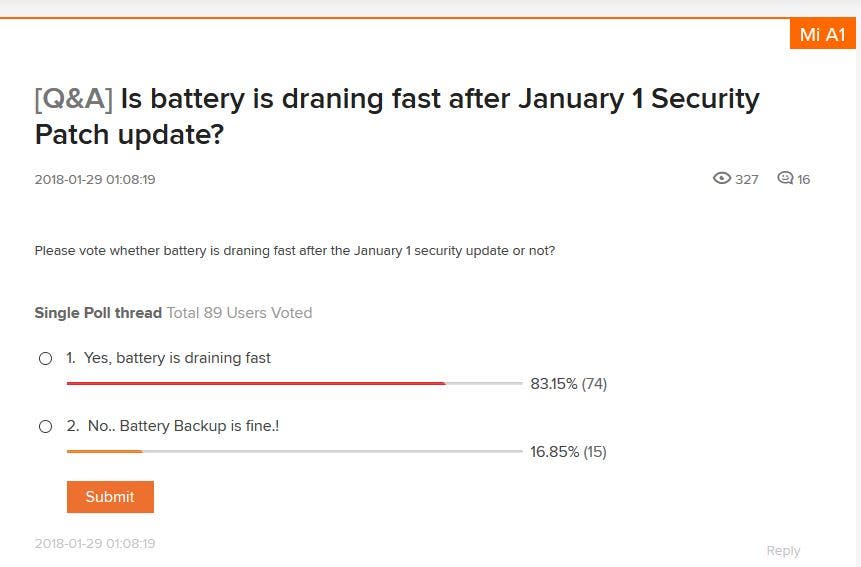