The full-screen technology is a mainstream. But every manufacturer has its own way of making such handsets. As a result, we can find different types of full-screen. But which of them has the highest screen-over-body ratio? The iPhone X, Nubia Z17s, OnePlus 5T, OPPO R11s, Xiaomi Mi MIX 2, and other border-less smartphones provide a great viewing experience due to high screen proportion. But none of them is close to 100%. Recently, VIVO launched the X20 Plus UD smartphone, which is the first Android handset supporting under-display fingerprint technology. Now we see this manufacturer is going further and most likely the first 100% screen ratio smartphone will come our way from this brand as well. 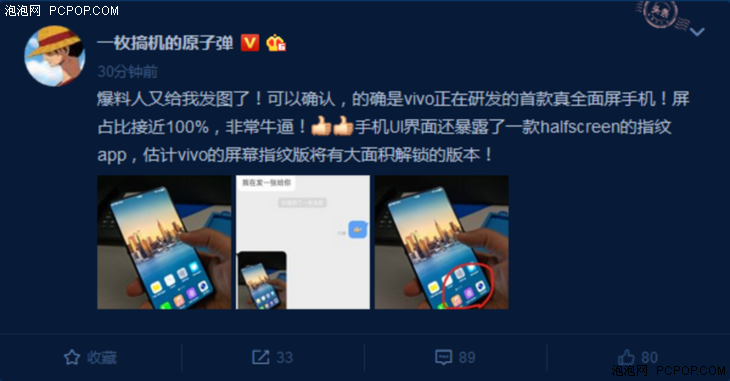 A few photos were leaked today in spy photos showing a mysterious smartphone has no borders, no chin, and no forehead. Well, maybe there is a chin, but it’s narrow a lot. So the sensors set can be placed there. And though there is a narrow frame around the display, its ratio is close to 100%. Nothing is said about the manufacturer of this amazing handset, and no logo is seen. But the UI it runs on looks like the VIVO’s Fountouch OS. So there is every reason to think the world’s first 100% screen-over-body ratio phone will be made by VIVO. 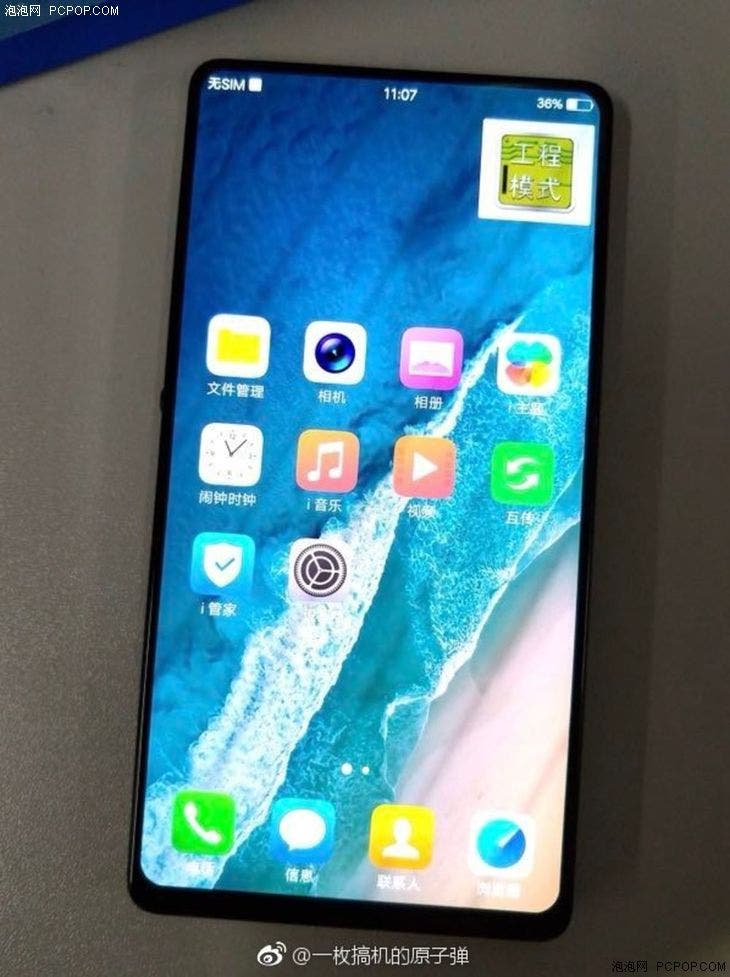 Apart from this, we can notice a curious app icon on the home screen. It’s called ‘Half Screen’ and has a fingerprint picture as an icon. So we think VIVO has gone further in this sense too. Instead of using a specific area for identifying the fingerprint, the half of the display can be used for that purpose.