Google already revealed that its devices shipments doubled in 2017 in comparison to 2016. However, the Alphabet owned company choose to not disclose any specific details about its sales number.

Thankfully, the analysts on IDC aren’t ready to rest and already collected a very precise estimative pointing the Pixels results. According to Francisco Jeronimo – IDC’s Research Director, Google shipped 3,9 million Pixels during 2017. The analyst confirms that Google’s statement was true, and these numbers represent the double of the results achieved during 2016. 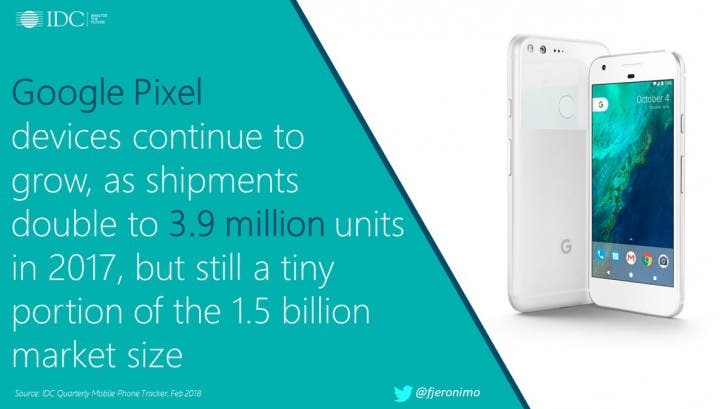 While this can be considered an expressive result, Google is way far from being anywhere near a market leader in this regard. Apparently, the company isn’t really interested in distributing its own devices worldwide, and constantly ignore some countries were the smartphones sales are hot. That being said, we can state that the company isn’t really interested in breaking records in the smartphone segment, but in delivering an idealistic smartphone and Android experience. 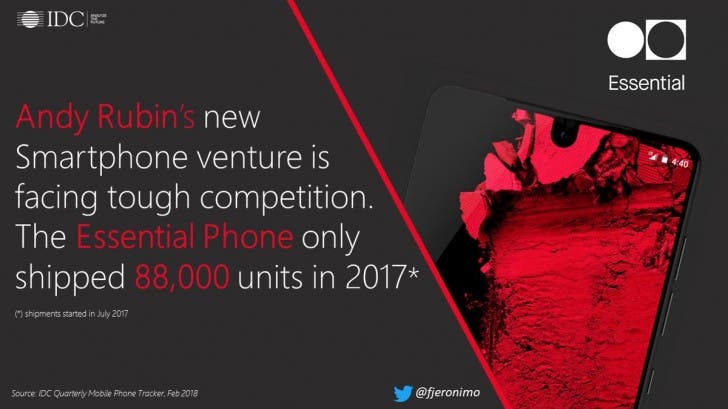 If you’re going to compare Google’s Pixels shipments with the Essential Phone numbers, things will seem pretty huge. IDC also reports that Andy’s Rubin smartphone only managed to reach a peak of 88,000 devices being shipped across the world in 2017. That’s nothing to be celebrated of course, but considering that Essential is just a startup and the PH-1 was its first product we couldn’t expect any records being broken.

We hope that Andy and its troupe manage to fill all the gaps that made the Essential Phone a flop. Otherwise, the company will not be around for the coming years.

Next HTC will reportedly announce the HTC U12 in the spring