Remember the Nubia device with a notch that appeared some days back? Well, the same model has just been put through its paces on AnTuTu. The handset that looks erringly similar to the Essential phone clocked some impressive scores on the benchmark.
The handset appeared with model number NX606J and featured the Snapdragon 845 SoC at its core. We’re relieved to see it score more than the Galaxy S9+ that was tested somewhat earlier. AnTuTu recorder a mind-blowing final figure of 271,674. 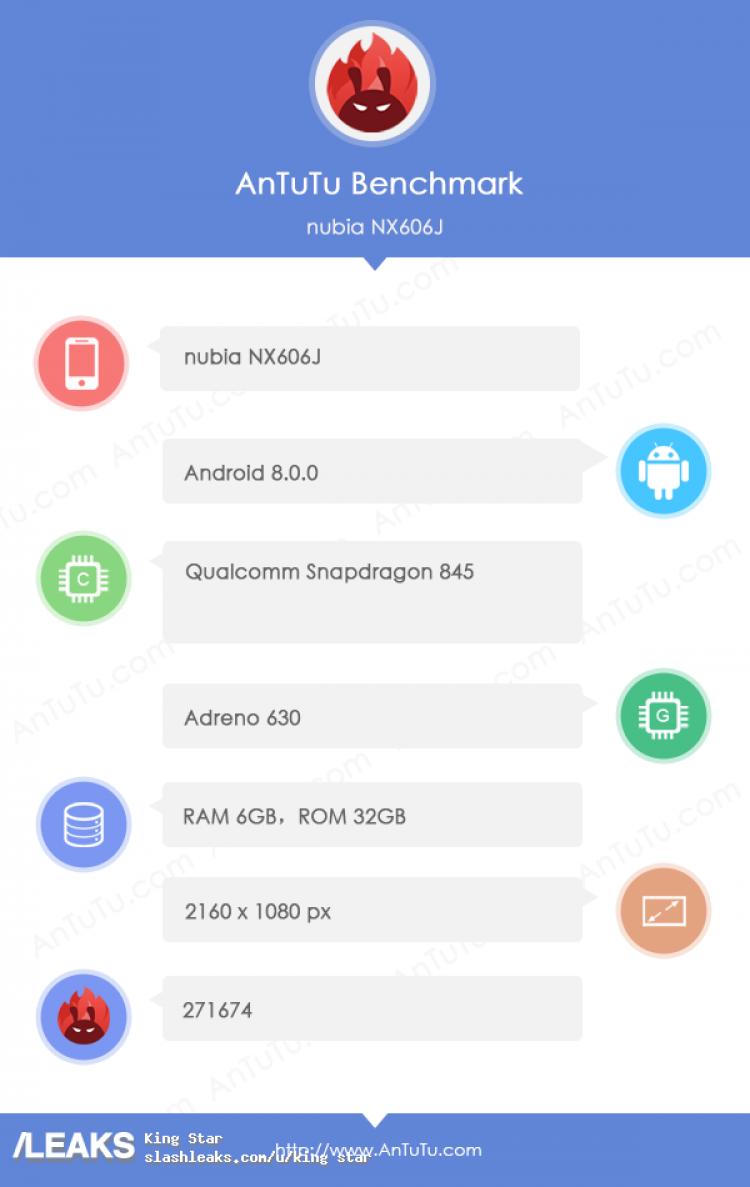 Other important specs that leaked as a byproduct of the test indeed suggest this Nubia is a flagship. It has been said earlier that it should be a successor to the Nubia Z17s which boasted an ample 8 GB of RAM. Hence, the model NX606J can logically be called the Nubia Z19. Regardless of the nomenclature, this Nubia device has 6 GB of RAM and runs Android 8.0 Oreo. It has 32 GB of storage looking at which it is assumed that this might be a low-end Nubia Z19.

We’ve already known from the earlier schematics that this handset will bear an 18:9 aspect ratio. The AnTuTu confirms that it is a Full-HD+ display. The schematics revealed a dual camera setup on the rear of the handset.

Nubia’s flagships are priced very aggressively in the market and it would be great to see this powerful handset available at a bargain price. However, the handset is yet to pass legal certifications as of now. Stay tuned as we’re sure to hear more of the handset soon.

Next Alcatel set to launch three new phones on Feb. 24