Meizu has already launched its first full-screen smartphone in face of the Meizu M6S. But it’s a mid-range device with modest features. Moreover, it’s an experimental phone. Shortly, we can even say the Meizu M6S is a kill shot before a big launch. As we know, the company’s CEO has announced he is personally working on a flagship phone that should take the brand to a level higher. We even know the name of the upcoming high-end model. It’s the Meizu 15 Plus. There were many speculations concerning this handset. And we have got too many leaks and rumors referring to this smartphone. But seems the latest spotted photos showcase the same design. Thus the upcoming phone will use a side fingerprint scanner. A few photos provided by /leaks prove that as well. While many manufacturers are preparing their flagships to uncover at MWC 2018 in a couple of weeks, we have learned the Meizu 15 Plus will release only in spring. Thus it will skip the MWC. The company will hold a separate conference for it.

As we assumed, the Meizu 15 Plus will use a tri-bezel-less screen design with no chin and borders, while the forehead will carry all the sensors. In early photos, we saw a vertically placed dual-camera module, which is also accompanied by a circle, an alleged fingerprint scanner. But the photos leaked today show the handset will be using a fingerprint scanner placed on the right side. 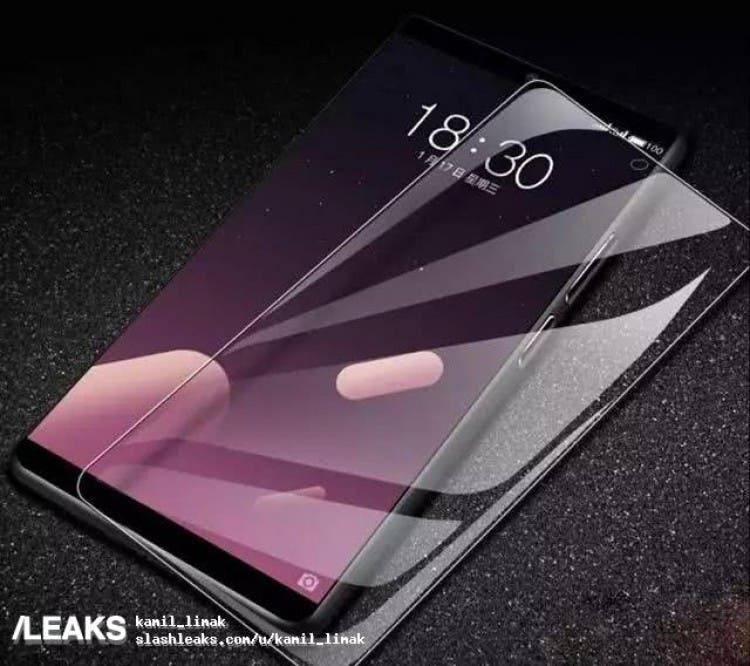 This simply means the model won’t join under-display fingerprint program initially seen on the VIVO X20 Plus UD. Meizu has decided to go further and not to place it on the back. Still no idea whether such a layout will go viral or not, but Meizu has been looking for new approaches in terms of phone designs. And this is the best proof of that.