Oukitel is one of many China-based smartphone OEMs and during the past few years has managed to launch some really interesting devices that boast impressive standby times and all-in-all decent performance. The Oukitel Κ8000 is the main attraction of the “K series” family, and perhaps the best balanced device of their portfolio, (only) if you are on a “tight” budget. 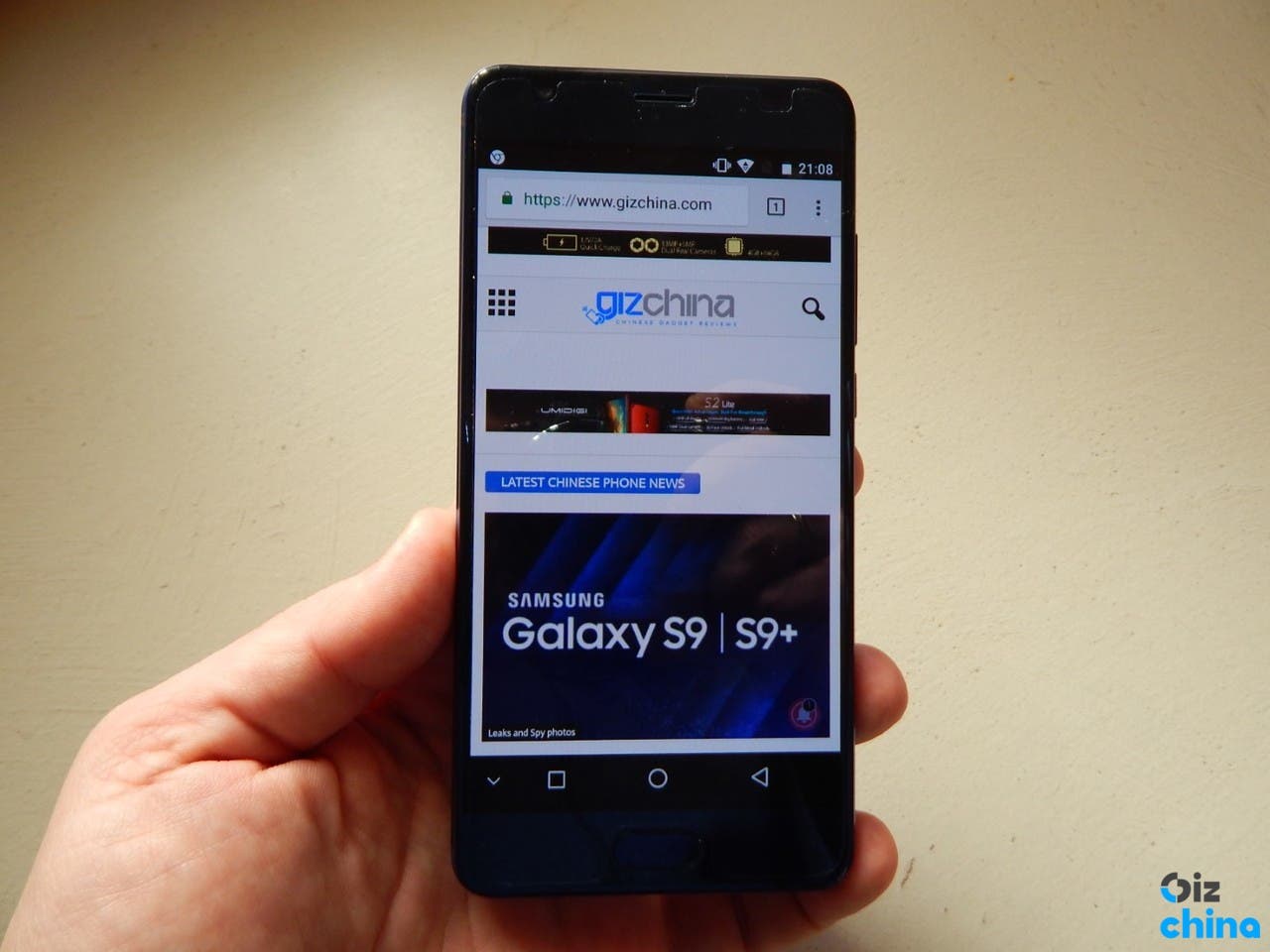 It’s one of the most powerful (as far as battery capacity is concerned) of the K Series family, with the K10000 Pro and K6000 Plus aimed at different type of users. Our friend here packs a massive 8000mAh battery inside, providing impressive stand by/talk time results that you will surely enjoy, but it’s still low priced (just -) and has decent everyday performance, with no problems or mishaps. 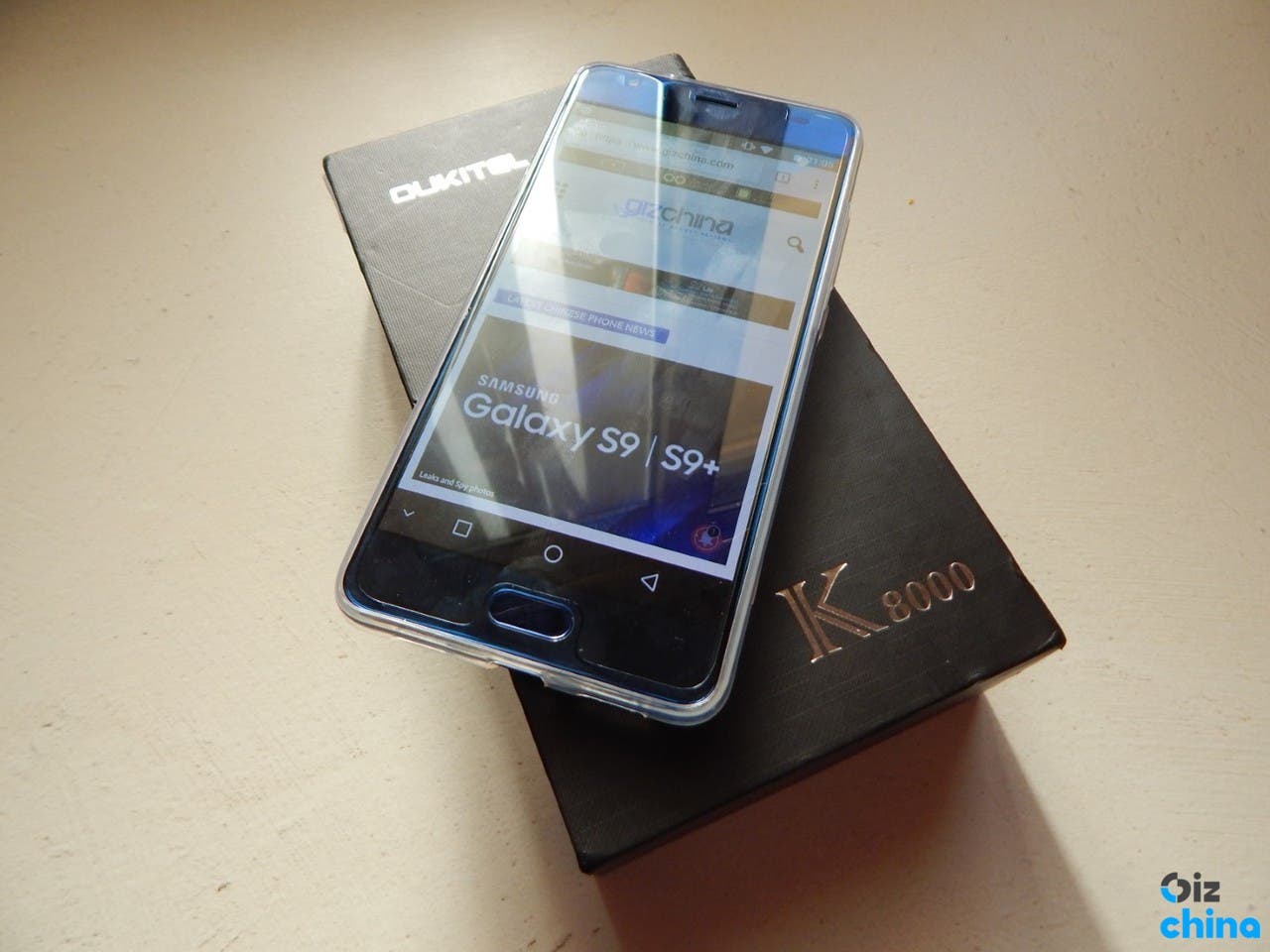 Let’s have a closer look on what this true “monster” can do, OK?

The Oukitel K8000 packs a 5,5-inch 720p (1280 x 720) display which is extremely tough (up to 9H hardness), being able to withstand more than 800MPa of stress value. It’s equipped with Mediatek’s MT6650T SoC, paired with a Mali T860 dual GPU, 4GB of RAM as well as 64GB of internal storage (expandable via microSD card up to 64GB) for apps, games, and media. On its back we can find a dual camera setup with 16-megapixel snapper + 2MP telephoto camera with a LED flash next to it and a 13-megapixel shooter (for… really impressive selfie shots) is available up front. 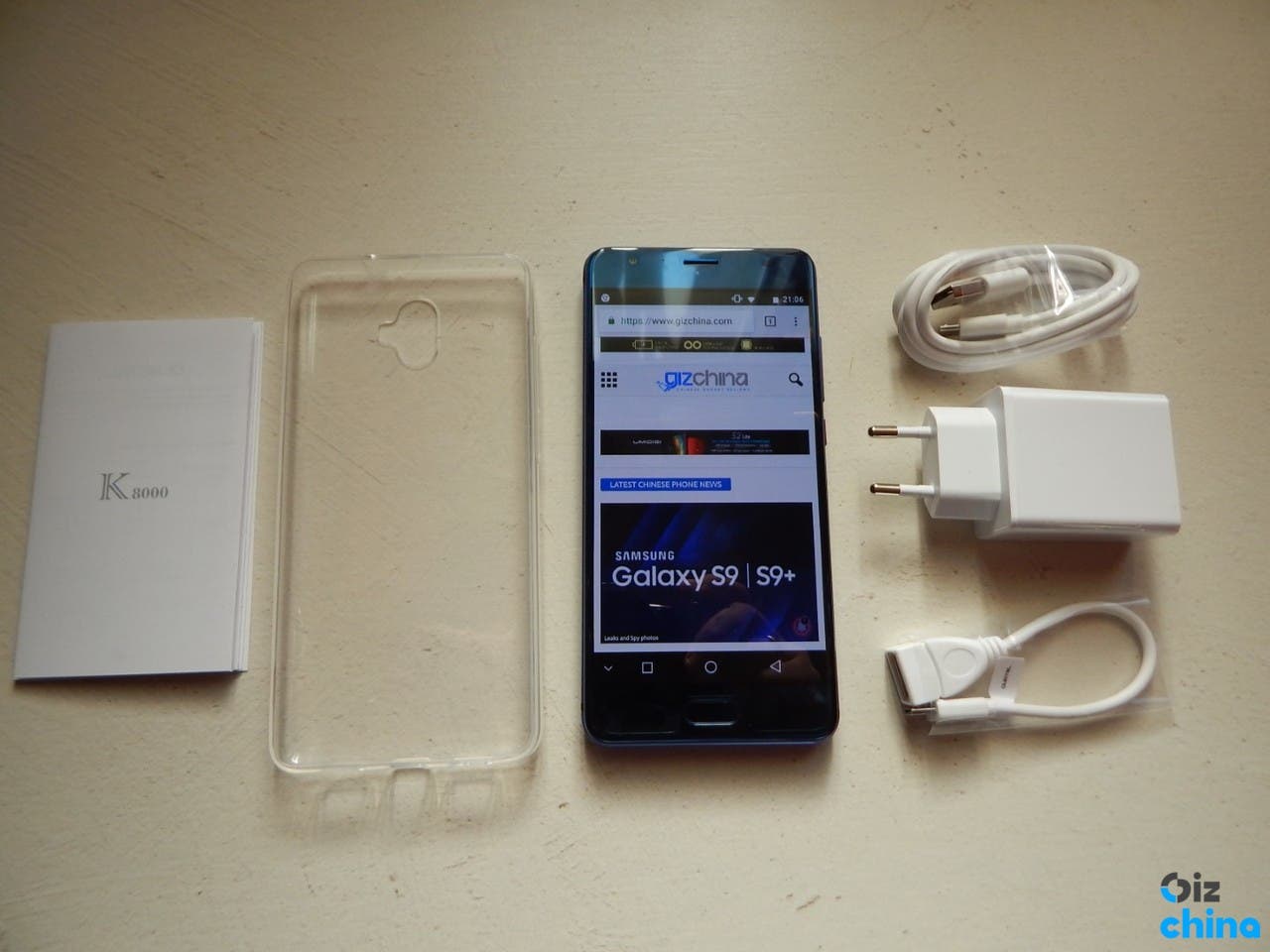 The device runs on Android 7.0 Nougat and it’s almost stock, with Oukitel only adding some of their very own features (mostly gestures), along with some additional pre-installed applications (360 Security, UC Browser, Freezer, Quick Touch). 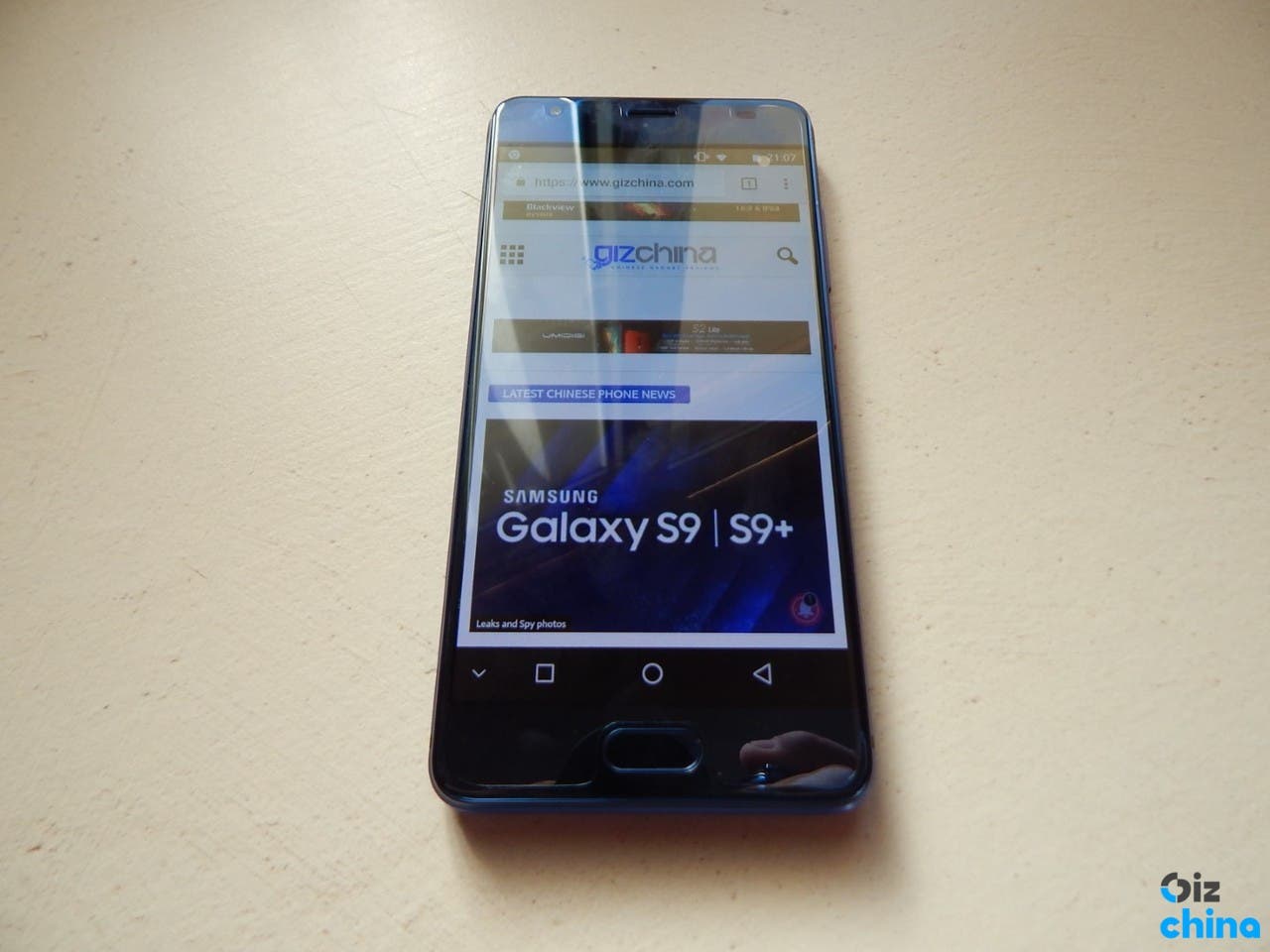 Let’s start with the easy stuff OK? The first thing you notice when this phone appears in front of you (out of its box) is how heavy and thick it is. The Oukitel K8000 weighs 232 grams and it’s approximately 11,5mm thick. However these numbers feel normal on this type of phones – specifically the ones with large batteries like most Oukitel smartphones. This one packs a 8000 mAh battery so it’s more or less expected to be this heavy, but it’s also really durable with a shatter proof display and a solid build. 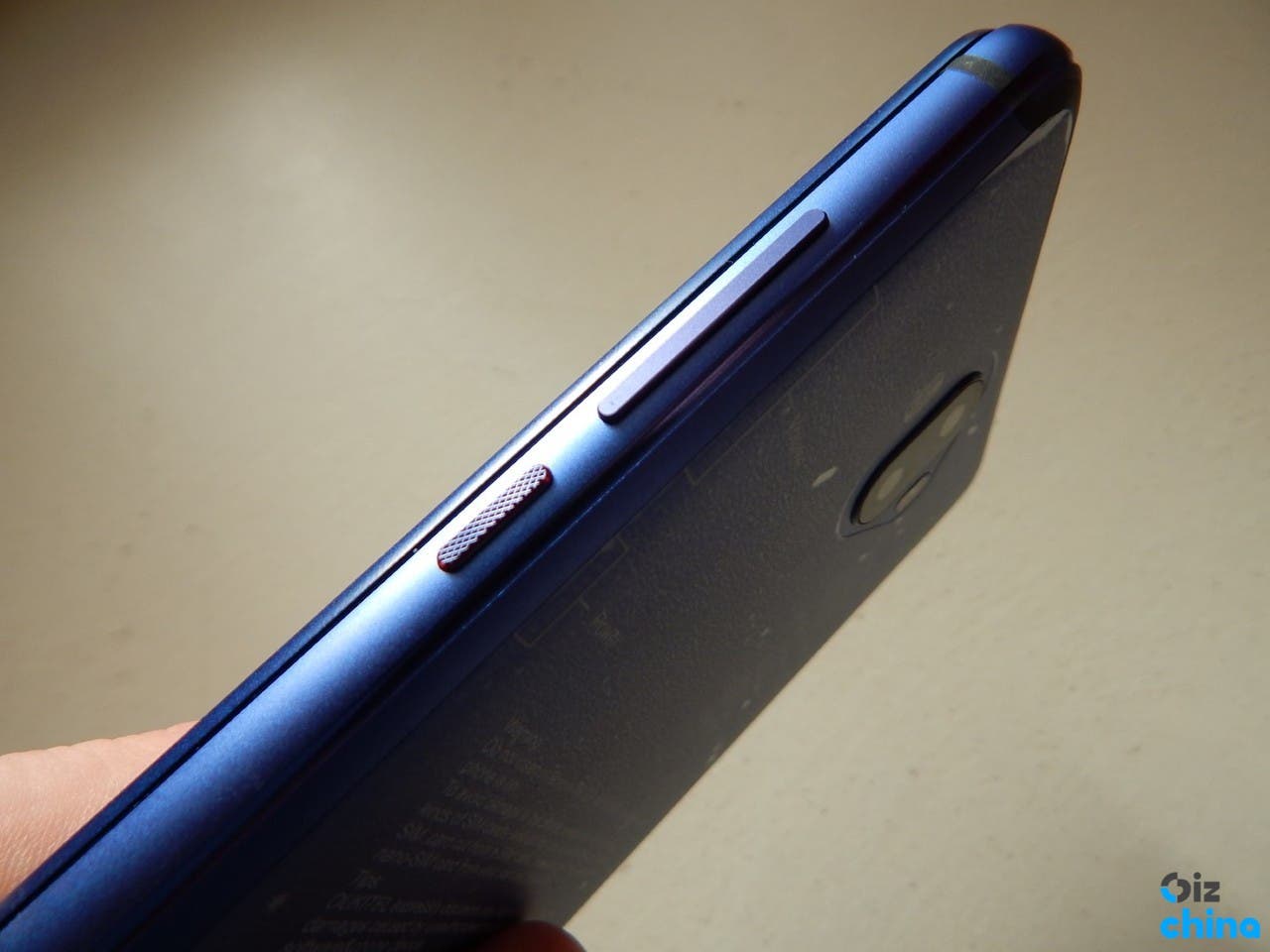 The Oukitel K8000 is made out of metal and glass and it feels just as good as a premium phone does. The power and volume buttons are located on the right hand side of the phone and they are made out of metal. The power button has some red accents as well and it looks pretty cool. 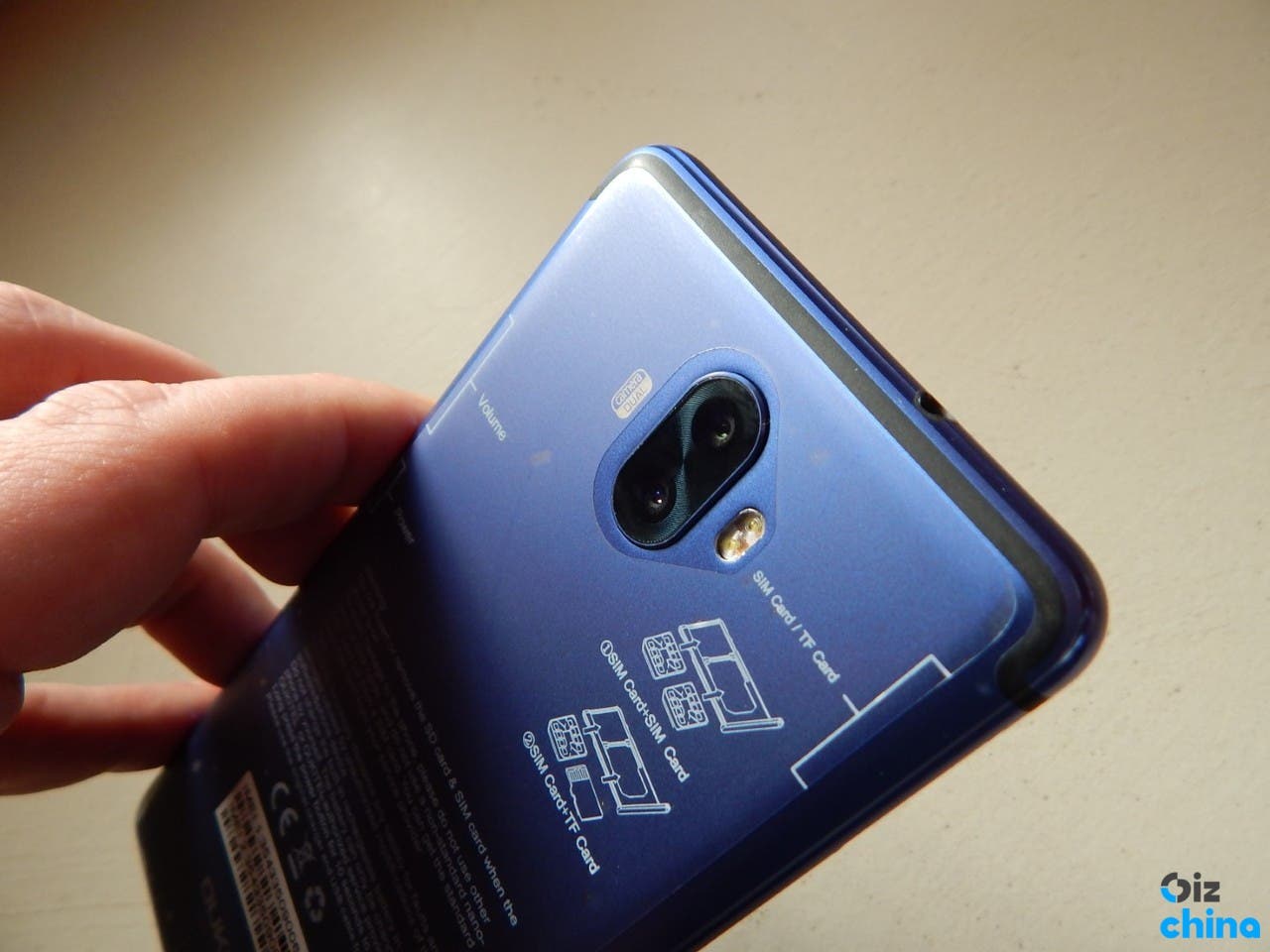 The K8000 even has a 3.5mm audio jack and that is starting to become very rare. The sound output is also decent. 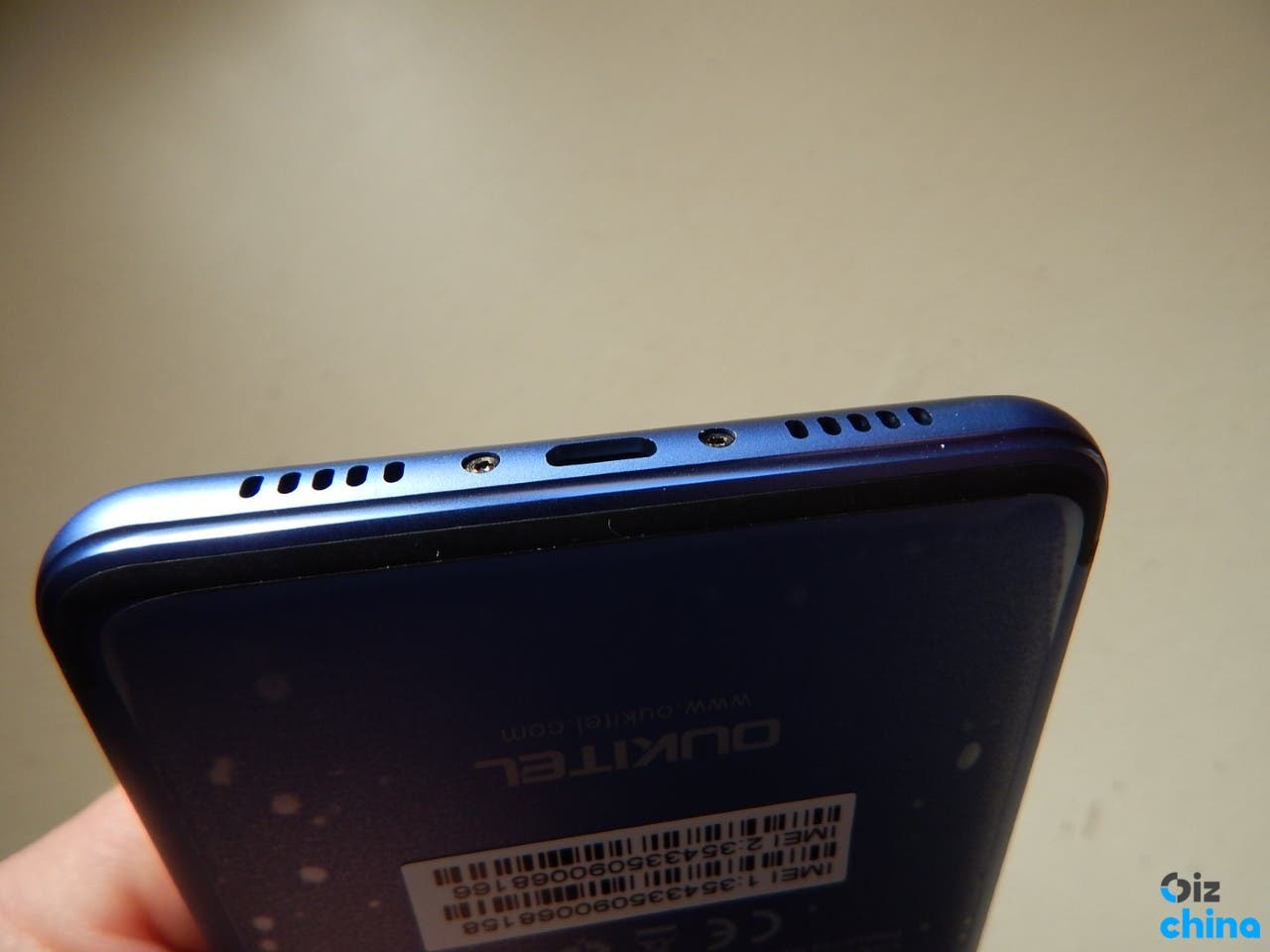 On the other side of the phone there is the sim card slot. This phone can take either two sim cards or a sim card and a sd card. That SD card can also be used as internal storage and that is great because this way you won’t be running out of internal storage. Speaking of the internal storage, the phone is left with 54GB after the operating system.

In everyday use, the K8000 may be heavy but still, there’s a reason one will choose this phone isn’t there? It has an average footprint however thanks to its 5,5 inch display, so it can easily fit into most pockets, or allow for one handed use with adequate performance (for a budget Android smartphone that is). 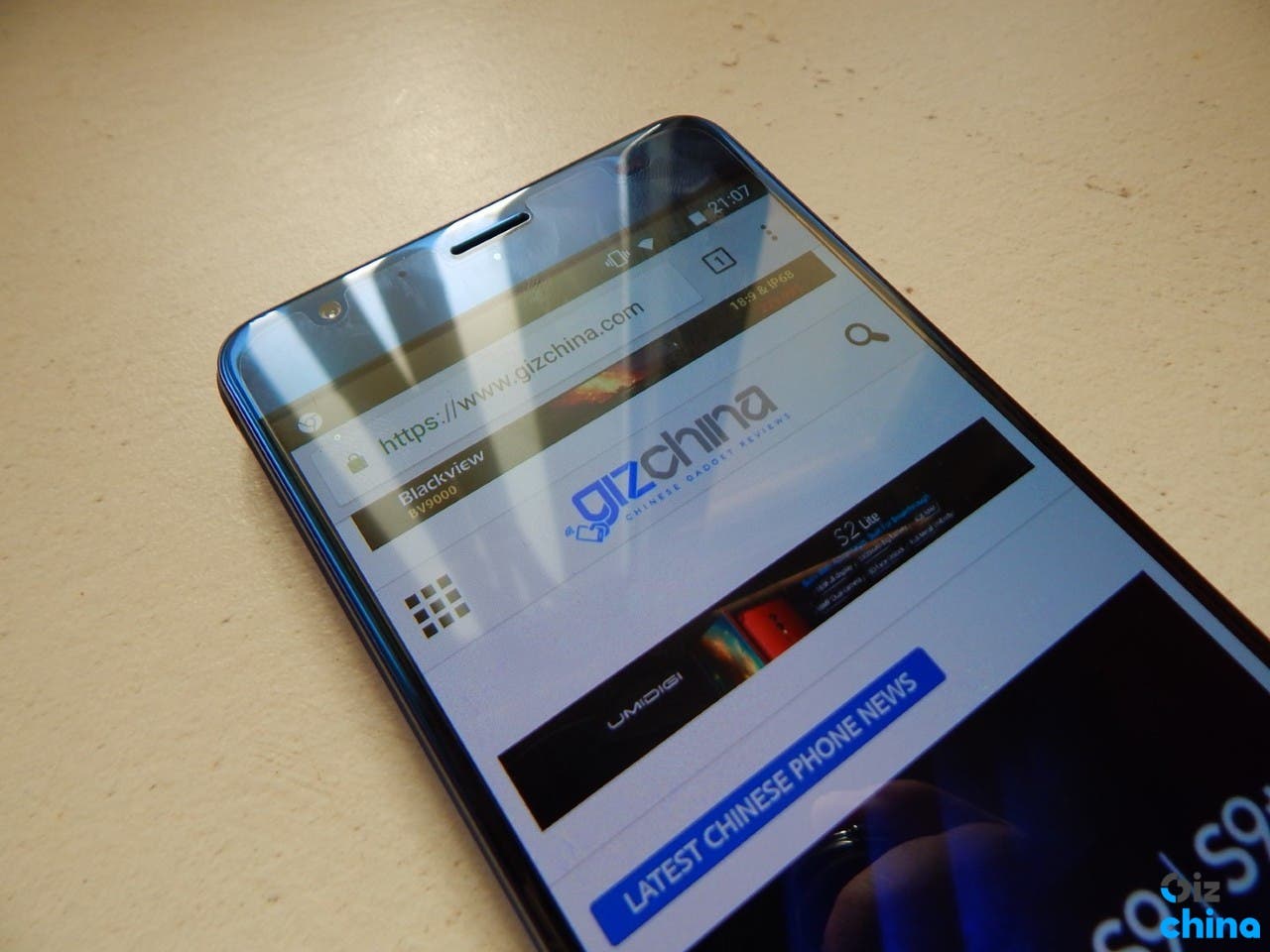 Oh, let’s not forget that there’s a fingerprint scanner placed inside the Home Button of the device. It can be found just below the display, providing quite fast fingerprint recognition with almost 90% success rate. You can use it to lock applications, unlock the phone and it can “read” fingerprints in 360 degrees. 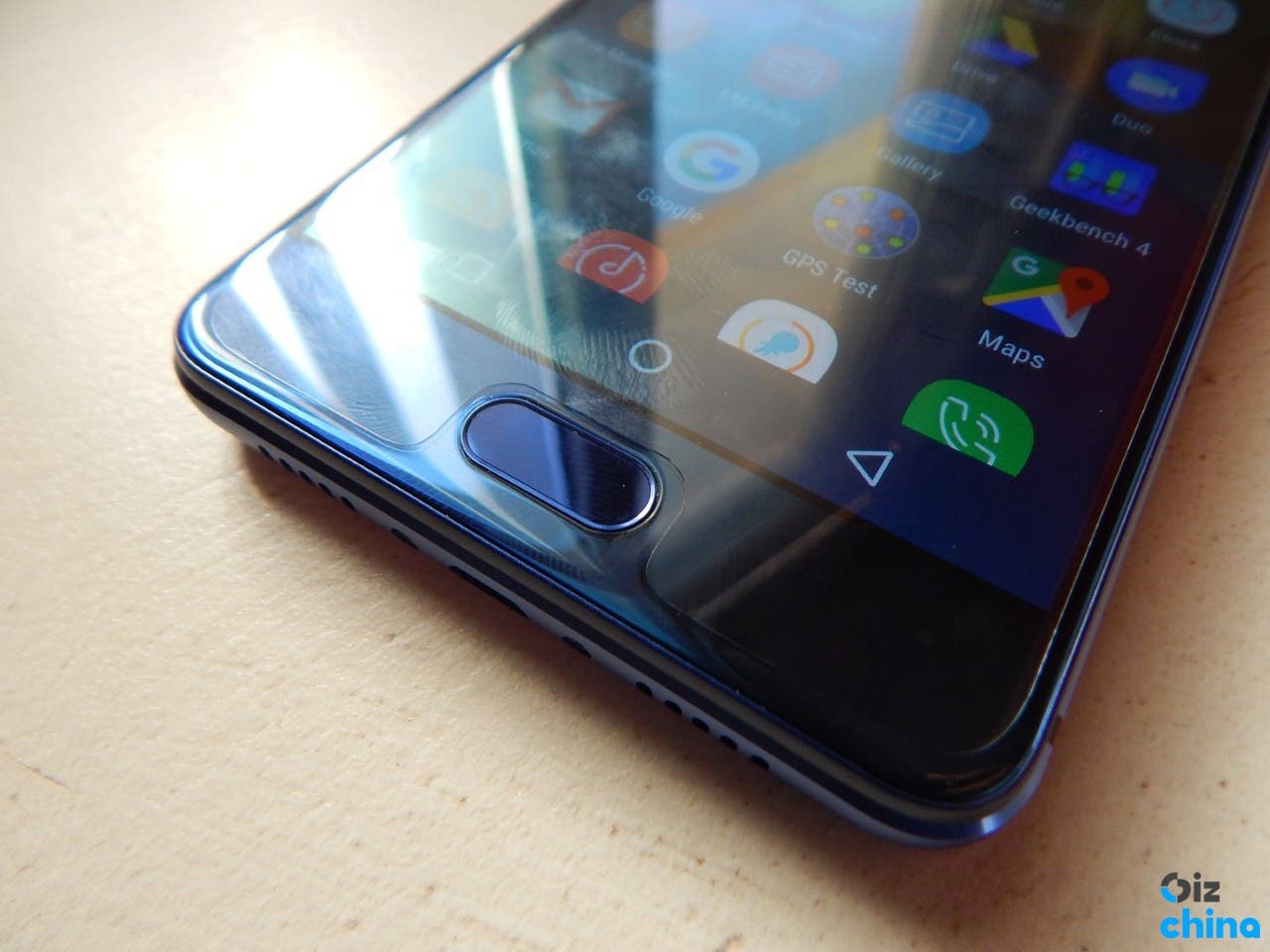 It’s one of the most important (and deciding) factors for me, when I test a phone. How good it sounds, what type of signal reception it has and how well its speaker works. The Oukitel K8000 did quite well in this test by my standards. The phone call quality was satisfactory, but nothing that is worth bragging about. I was able to call others and receive calls on this device without any issues, with quite good sound quality and volume. 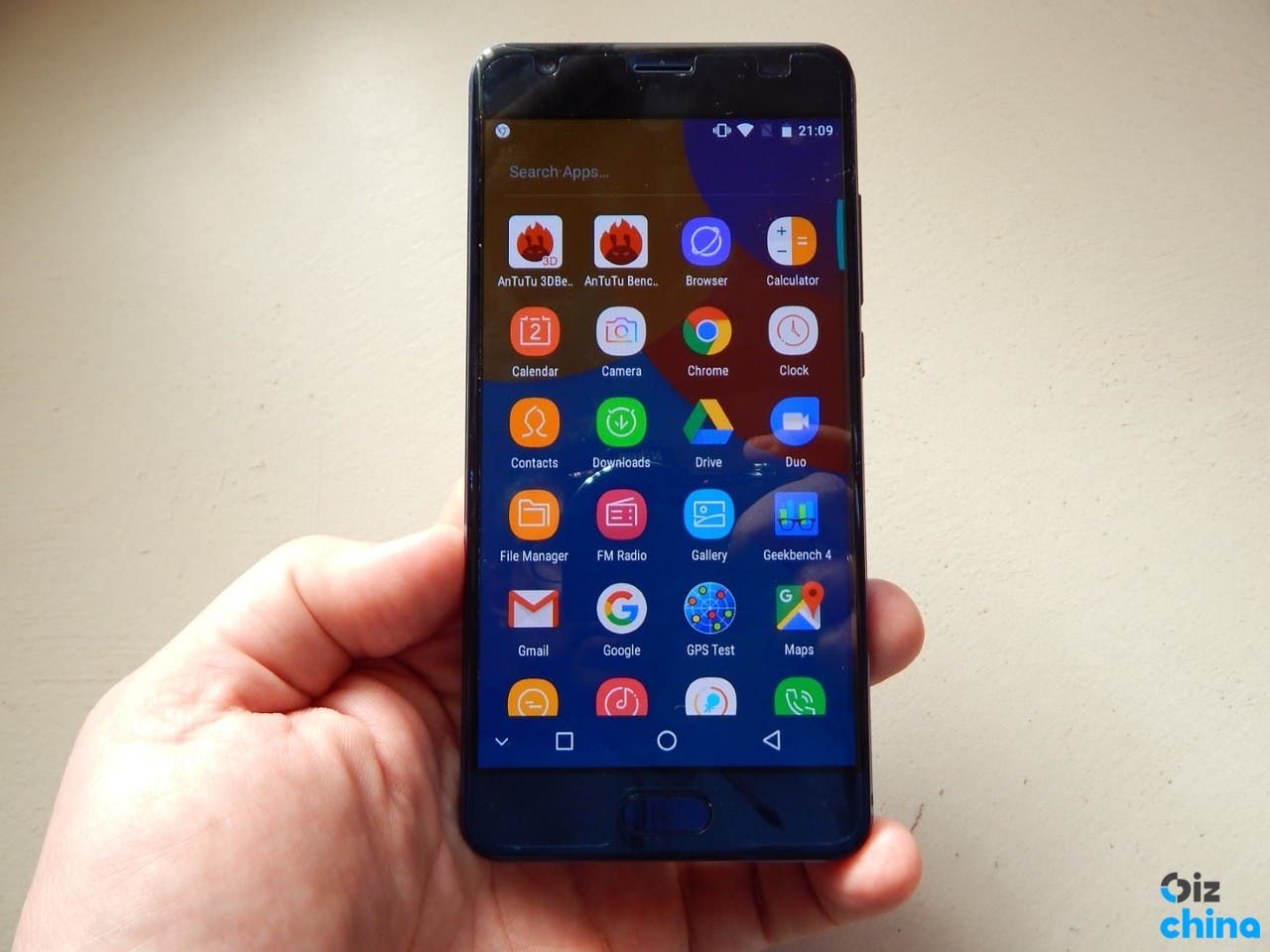 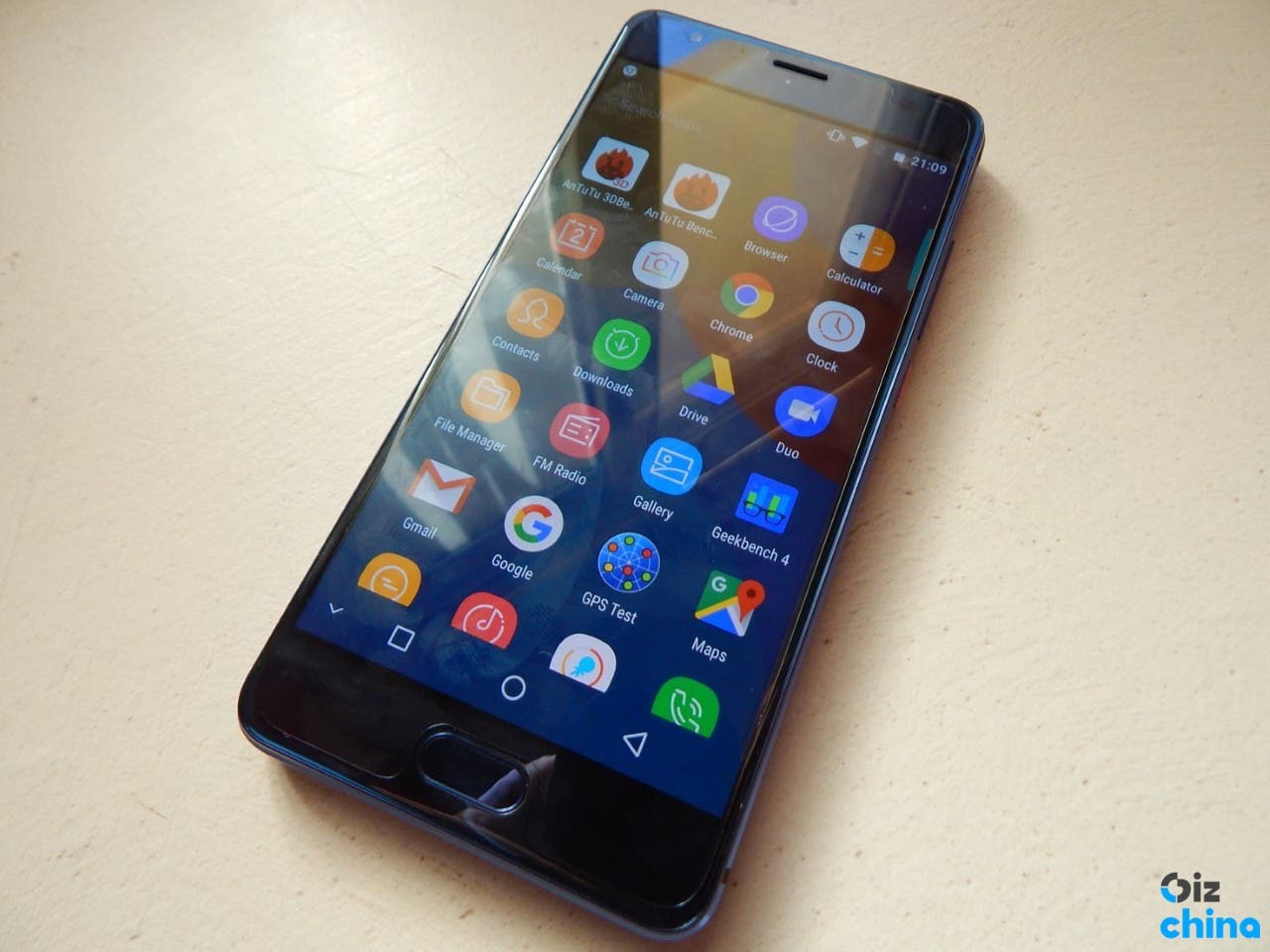 Well here’s where this phone (and most Oukitel devices) shine! One of the main selling points of the Oukitel K8000 is its battery life, and for a good reason. It comes with 8000 mAh capacity and the Android 7.0 operating system is beautifully optimized to offer great standby and talk times, that will surely – SURELY – satisfy you. 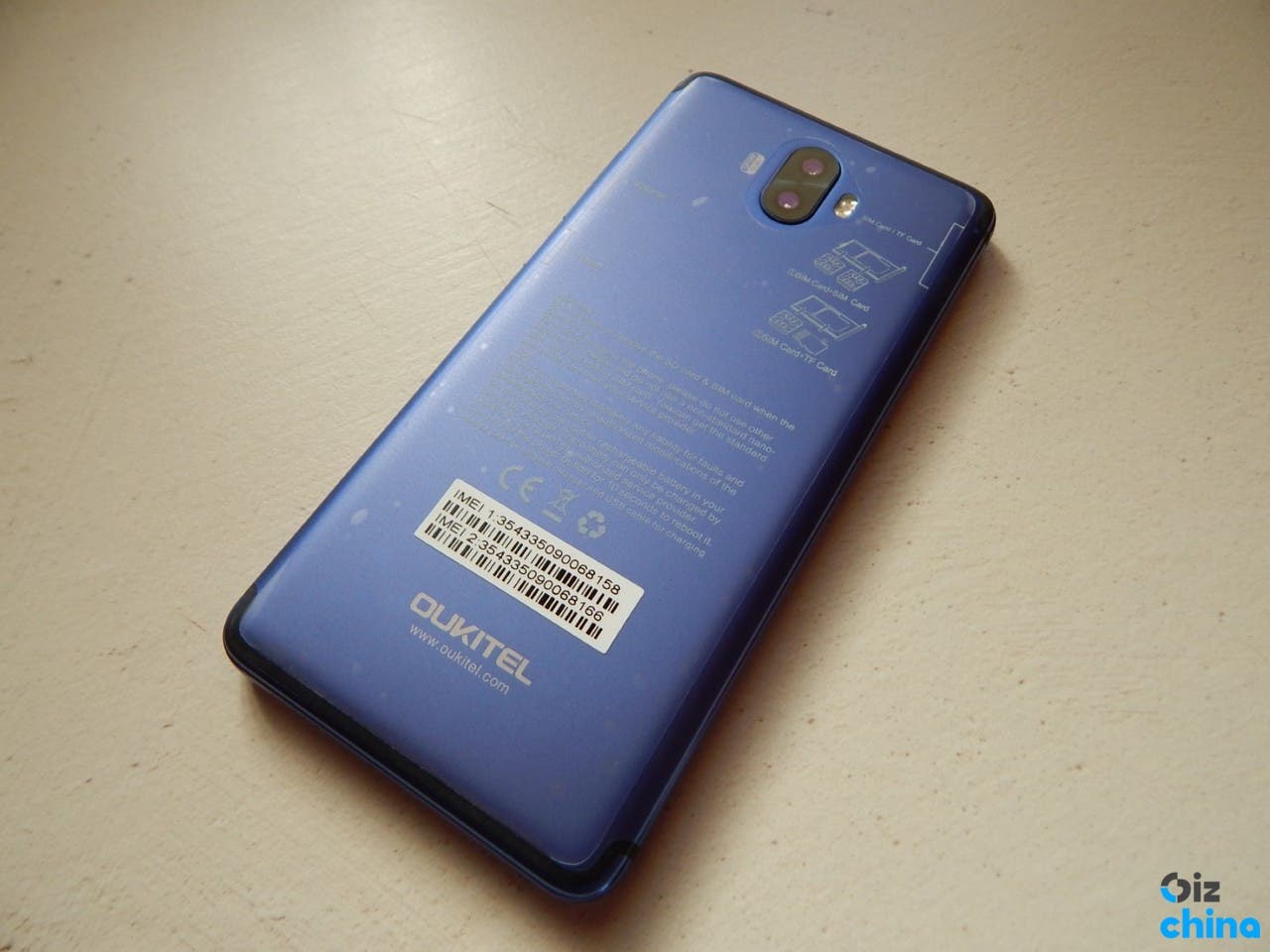 The K8000 can stay away from its charger for more than 2-3 days if you use it wisely, and offers great stand by times when you put it to rest. I “pushed” the device as much as I could: I played some games, browsed the internet, did tons of messaging and YouTube, phone calls as well but it just went from 74% to 55% by the end of the first day, confirming that it’s a decent “energy” phone.

if you’re looking an affordable handset with really good battery life, the Oukitel k8000 should definitely be one of your options.

If you’ve ever used a Chinese handset by Chinese OEMS (UMIDIGI, Doogee, Cubot) or any other similar brand, you’ll feel at home with this model. The Oukitel K8000 runs on Android 7.0.1 Nougat with a simple icon theme and a beautiful lockscreen made by the Chinese company, so it’s not “pure” Android, but it’s really “light” and easy to move around in the menus.

As far as the notification shade, settings and a number of other parts of the software are concerned, this is stock Android. It’s one of the reasons Oukitel K8000 manages to perform as it should, and it’s definitely a huge “plus” for this smartphone.

Camera: not that bad at all…

First of all: don’t choose the phones of this category (devices with large batteries) purely for their imaging features. It’s not where they’re good at, and they know it. You should know it too. Oukitel K8000, like almost all Chinese smartphones at the moment, has a dual-camera. The main camera has a 13-megapixel sensor with an aperture of f/1.8. The second sensor has 2 megapixels and is absolutely useless. If you try to shoot photos with bokeh effect, the result will be a horribly blurred circle around the subject of the photo. And if you cover the lens of the second camera, the result does not change, you will only get a notification that invites you to remove the finger.

The main camera shoots interpolated photos to 16 megapixels. As long as there is enough light, the pictures will be acceptable. The camera app offers all sorts of settings and modes such as Face-beauty, Bokeh, Black and White, Panorama and even a Mode-Pro (although it is a bit limited: we can only change the ISO values, white balance, and brightness). Of course, shots with HDR are also possible, but the pictures are often overexposed and certainly not better. 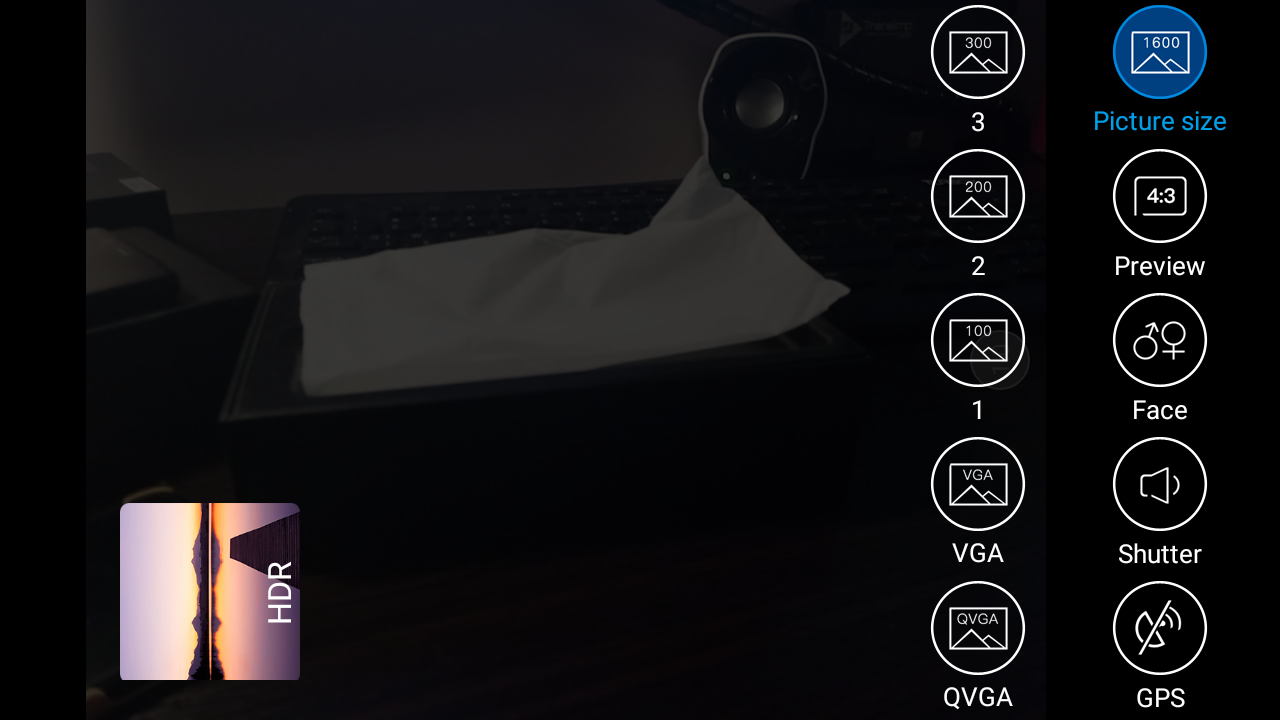 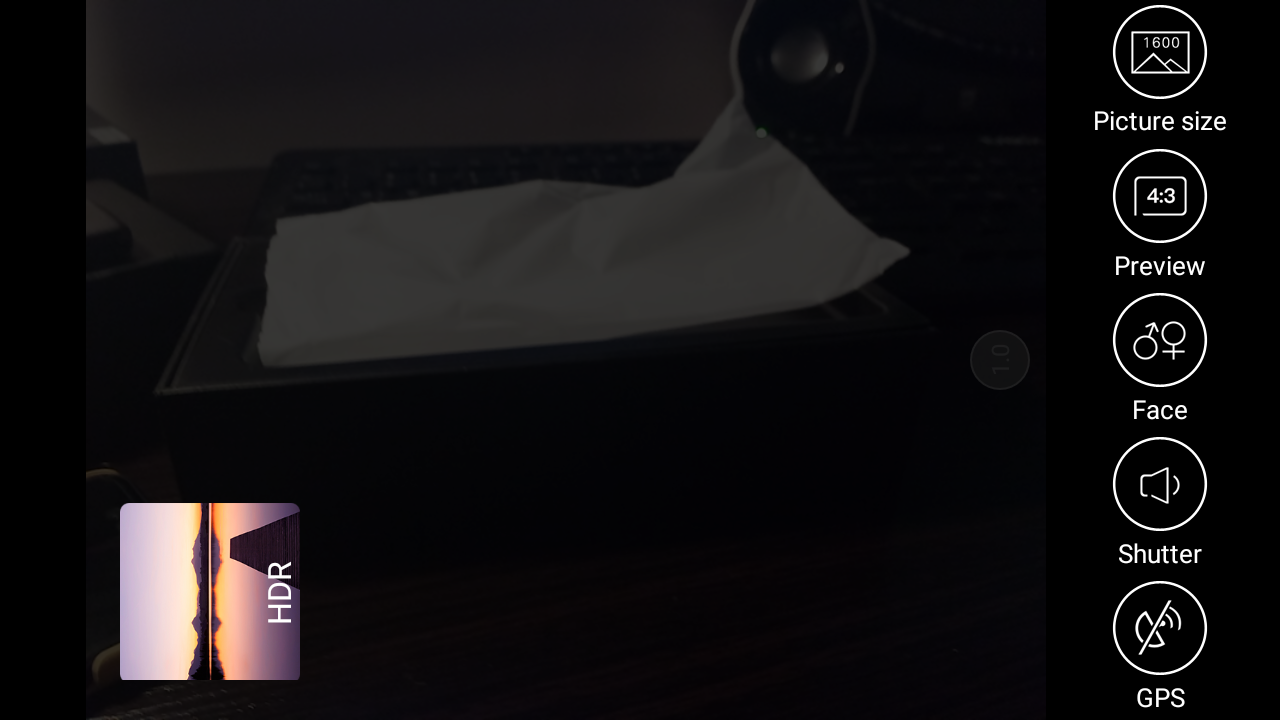 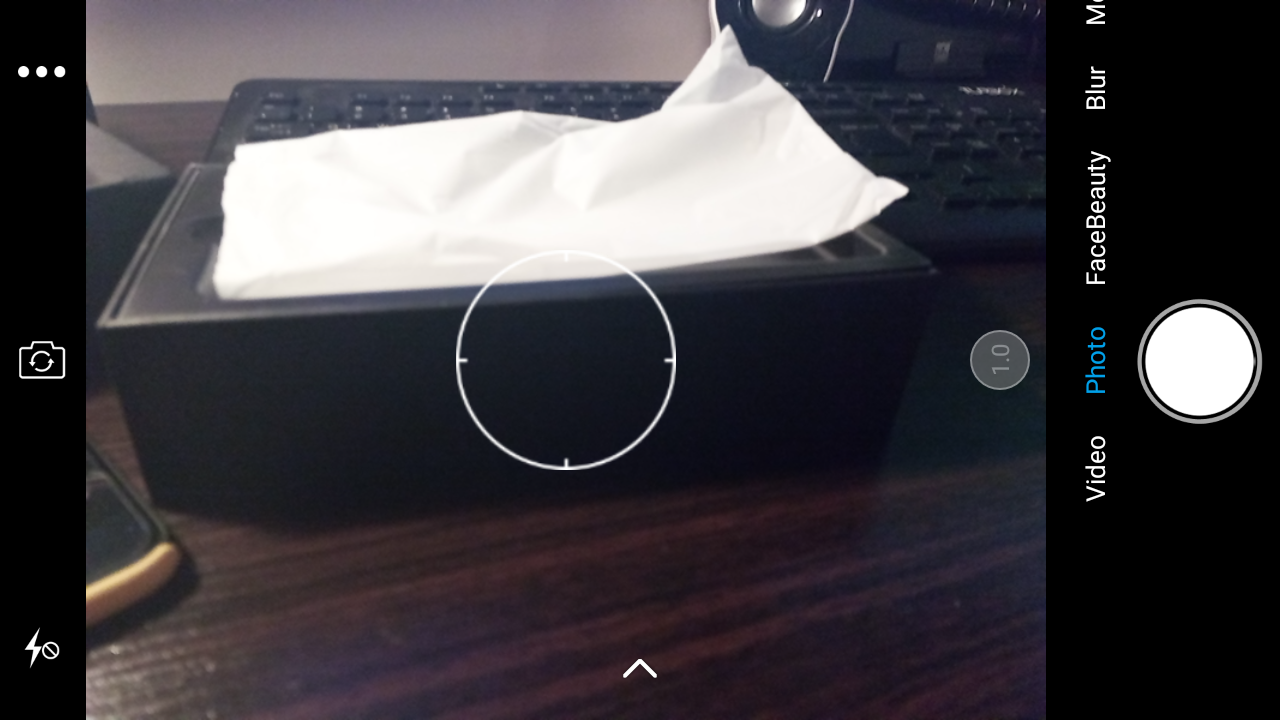 The pictures taken in sufficient light conditions are not bad but the colors are not very intense. The sharpness decreases towards the edges, but when compared to other similarly priced – smartphones, it is still on average. What bothers me however is that pictures are partly overexposed. 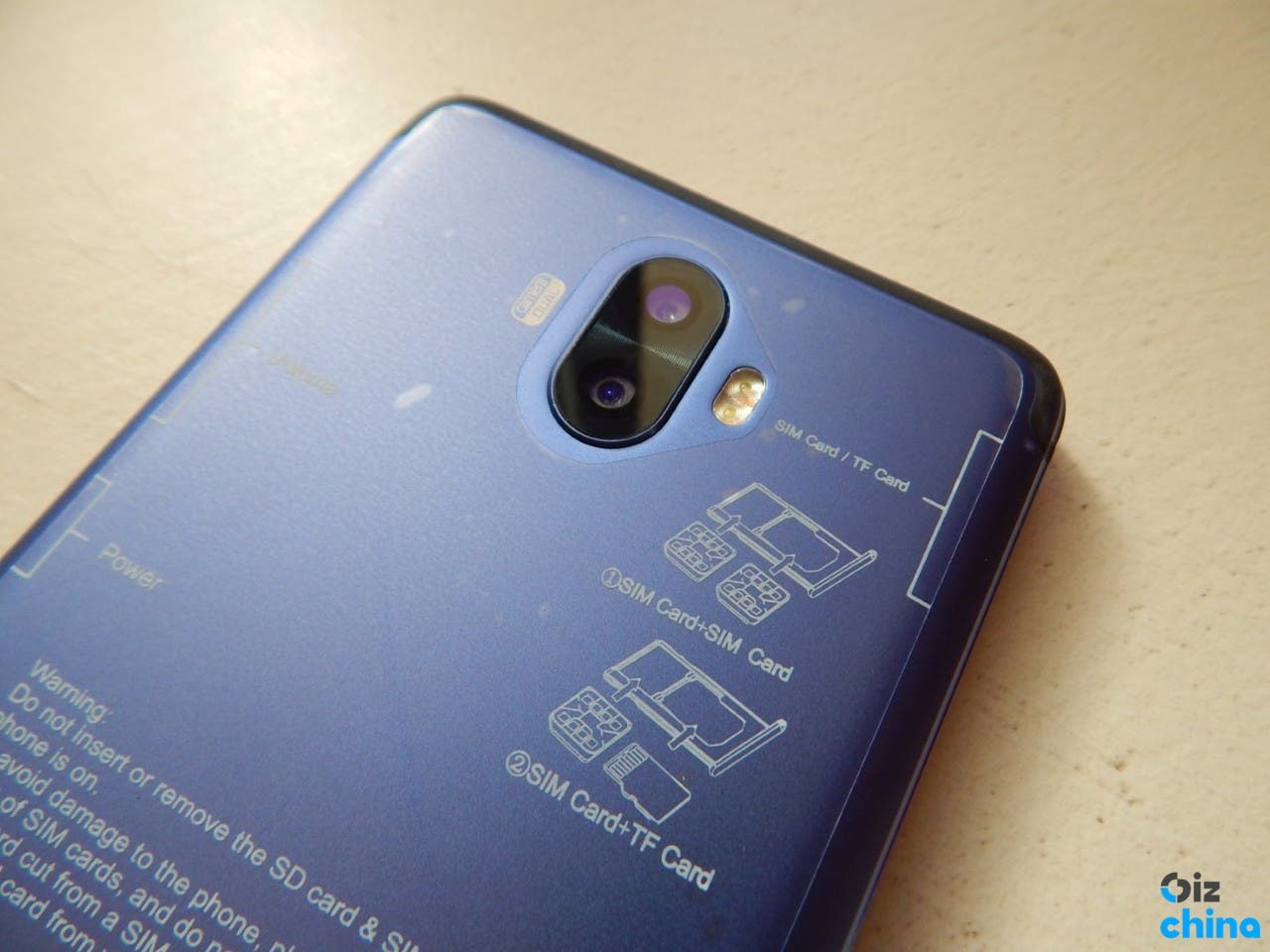 The same goes for the selfie camera that’s placed in front, just above the display. The images lack details and are nothing to brag about, that’s for sure, but it will do more than a good job if you shoot selfies from time to time, and the same goes for video calls. There’s also a LED flash placed next to the main camera. It manages to light up the images, but it doesn’t do what it should: it basically ruins selfies, letting them turn out unnatural and you’ll probably opt not to use flash, at least in most situations.

Oukitel is surely one of the decent manufacturers if you’re in the market for an affordable device with really solid battery life. This Oukitel K8000 is exceptional in its battery performance, it performs well in average – everyday use, and most novice or semi-experienced Android users will enjoy it – no doubt about it. After all its price nowadays (approximately ) is great for those who have limited budget to spend on a phone.

Keep in mind that it’s a bit heavy (thanks to its massive 8000 mAh battery), but on the other hand it’s super durable, it has a shock proof display with awesome brightness and offers great build quality that will allow for harsh use without the constant fear of ruining your phone.