Many recognize Google as a common search engine that is used for doing simple searches to find this or that song, movie, image, etc. But Google is a giant company that continually collects data concerning its users and everything related to them. While many are thinking of how Google will use the collected data, the company makes various researches and observations to become even larger and more powerful than it is. This refers not only the net but other spheres as well. Say, what if Google comes with the world’s first algorithm that predicts heart diseases? Yesterday, Verily (formerly Google Life Sciences) made a statement concerning one of its projects that made a huge stir in the net. It turns out the company has developed a special AI algorithm that can detect heart diseases by retina scanning. 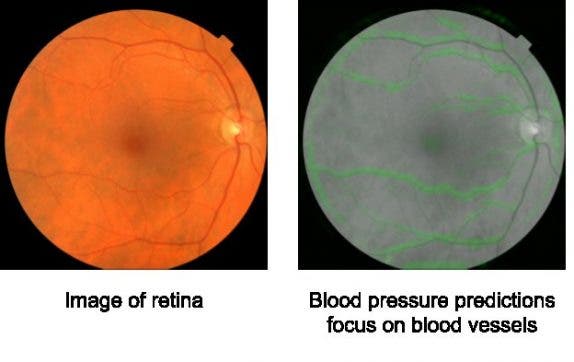 As they claim, thanks to a deep scanning of a patient’s eye and getting a retinal image, their newly developed AI software is capable of accurately detecting data including age, blood pressure, and many more. The program was trained on data from 284,335 patients. The algorithm was capable of distinguishing the retinal images of a smoker from that of a non-smoker 71% of the time. Actually, this can be done by doctors when looking at the retinal images of patients. But Google’s algorithm went further and it is capable of predicting the systolic blood pressure within 11 mmHg on average for patients overall.

That’s not a secret heart attacks, strokes and other CV diseases are among the top public health issues. To prevent their further development the first step is to reduce the likelihood. For this purpose, doctors pay attention to a few risk factors. Among them, we can mention some genetic factors including age and sex and lifestyle-related factors such as smoking and blood pressure. So it turns out Google has used this data and came in with an AI algorithm that was fairly accurate at predicting the risk of a CV event directly. At this moment, the accuracy is 70%, but its performance approaches the accuracy of other CV risk calculators that require a blood draw to measure cholesterol.

As for now, it’s not going to be used widely. Google is offering this method to scientists to use when learning to associate signs and symptoms with the diagnosis of a new disease. Thus it can be helpful in generating more targeted hypotheses and drive a wide range of future research.

Next Video : First look at the design of Ulefone X