Two expected smartphones, Moto G6 Play & ZTE Blade V9, just hit Geekbench and one common characteristic of this phones is that they are both low-end devices. As usual, a huge chunk of the specs of these devices have been leaked online thus we will look at what we know so far before dropping their Geekbench performance

This smartphone is scheduled to be released at MWC 2018 holding in Barcelona, Spain in about a week alongside its siblings Moto G6 and Moto G6 Plus. The Moto G6 Play will be powered by a Snapdragon 430 chipset coupled with 3GB of RAM. This budget smartphone which uses a 5.7-inch display will continue with the traditional aspect ratio of 16:9 even though most 2018 devices will go for 18:9 aspect ratio.  Moreover, the single-camera handset will be purportedly powered by a 4,000mAh battery. If the rumors are true, it will cost Rs 12,000 ($187 approx.). 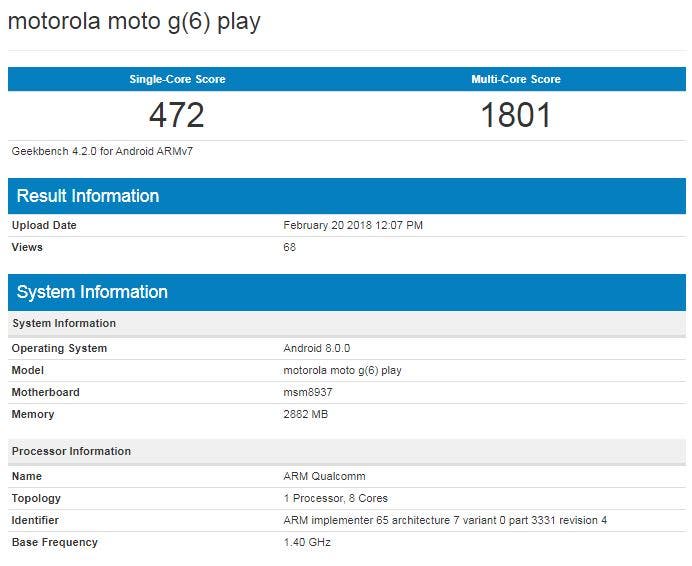 The ZTE Blade V9 will be equipped with a Snapdragon 450 chipset coupled with 3GB of RAM and 16GB of internal storage. It will further sport a 5.7-inch screen just like the G6 Play with a resolution of 2160 × 1080 pixels. There is also a dual-camera setup with a 16+5MP sensors combination as well as a 13MP selfie shooter. ZTE Blade V9 is packed with a 3200mAh battery and runs on Android 8.0 Oreo. 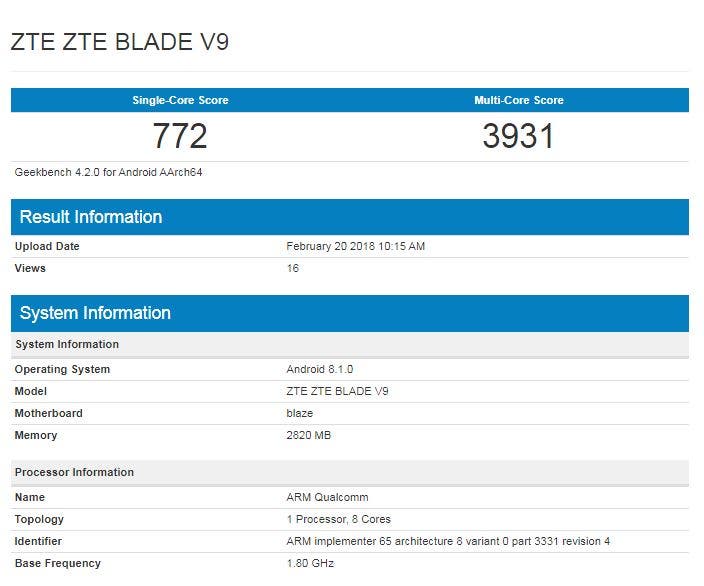 Though both devices come with slightly different chipsets, they both use the same octa-core Cortex-A53 processors. However, while the SD450 in the ZTE Blade V9 clocks, the SD430 in the G6 Play manages 1.4GHz. Both devices run on Android 8.0 Oreo although the Blade V9 uses 8.1 while the G6 Play comes with 8.0. The results are considerably exciting – while only having 30% faster clock speed, the Snapdragon 450 processor takes nearly double the single- and multi-core results.

Next Samsung Doubles Its SSD Capacity - Starts Mass Production of a 30.72TB SSD