Earlier this year the very accurate KGI analyst Ming-Chi Kuo reported that Apple was working in at least three models of iPhone for 2018. The Apple iPhone Xs will be the successor of iPhone X, featuring a 5.8-inch OLED display. The iPhone Xs Plus will carry a 6.5-inch panel. Unlike the Xs duo, the iPhone 9 will carry a 6.1-inch standard LCD display.

During this morning, some information popped out regarding the upcoming Apple devices, the anonymous source shared some fresh information with Bloomberg. According to it, the KGI analyst has been pretty much accurate, and Apple is, in fact, working on three devices for the 2018 season. However, the source brought us some additional info that hasn’t leaked before.

The iPhone Xs Plus is known internally as D33, and its huge 6.5-inch OLED panel will bring a resolution of 1242 x 2688, resulting in a density of 455 pixels per inch. That goes slightly closer to the amount achieved by the iPhone X that carried a DPI of 459. Who’s gonna say that such amount isn’t necessary for human eyes? 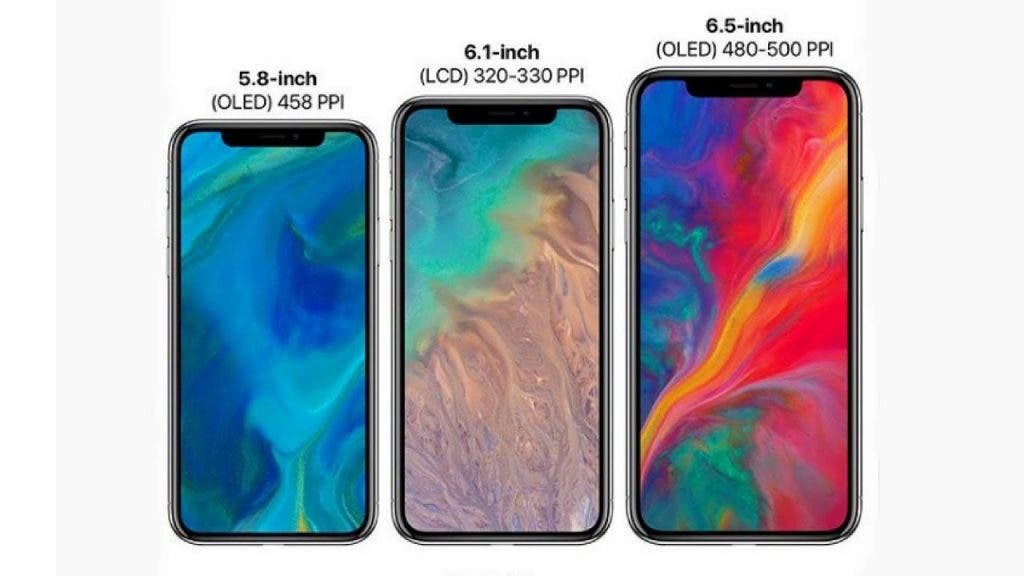 The iPhone sucessor, the Xs is codenamed as D32 and should continue to sport a 5.8-inch display like its predecessor with a similar resolution. Both iPhone X successors will also bring the very popular gold color. Furthermore, both handsets should bring, for the first time in an Apple smartphone, Dual-SIM capabilities, though it may depend on the region. According to the source, the company is studying the E-SIM technology the would allow the devices to connect with different carriers without needing a physical SIM.

In what concerns to the iPhone 9, thankfuly Apple will be bringing the most appealing features from the Xs-duo to the standard device. Edge-to-edge display, Face ID, TrueDepth Camera will be included in the handset, however in order to cut out some corners the company will not provide 3D touch capabilites for the handset. The iPhone 9 should bring a standard LCD panel, glass back, alluminum frame and a single rear camera.

Judging by the fact that the Bloomberg source, brings the same information pointed by the KGI analyst, we’re sure that the information is accurate. However, we’re still months to go before the release of 2018 iPhone models, until then one thing or two could change drastically.

Next Android 8.0 Oreo arrives for all HTC 10 at India

Apple Likely To Join The IPL Bid, Don’t Get Too Excited About It Though