Panasonic released the original Toughpad FZ-M1 back in 2014, and while the tablet is as rugged as most other tablets out there, the company has today at the MWC announced an updated version of the Panasonic Toughpad FZ-M1 that adds a thermal imaging camera to the mix.

The built-in thermal digicam dubbed Lepton is provided by the ‘Thermal by FLIR’ program which was first announced for four major partners back at the CES. The Lepton is capable of delivering up to 160 by 120 thermal resolution with up to minus 20 degrees –  400 degrees Celsius, plus or minus five degrees imaging temperature range.

The Toughpad FZ-M1 includes a Standard and Pro software options that allow users measure thermal high and low points, capture still images or record film and add metadata to images such as QR codes. This additional data functionality enables images to be integrated with multiple lines of business applications using the capabilities and connectivity of the Panasonic Toughpad tablet.

The tablet flaunts the same 7-inch compact display with a 1280×800 pixels resolution and powered by the 6th-generation Intel Core or Atom Core processor, unknown RAM, and storage sizes. Panasonic says the display can be operated with a stylus, by touchscreen and when wearing gloves. It boots Windows 10 Pro operating system out of the box and can be configured with Barcode reader, Serial port, 4G, and Smartcard option. 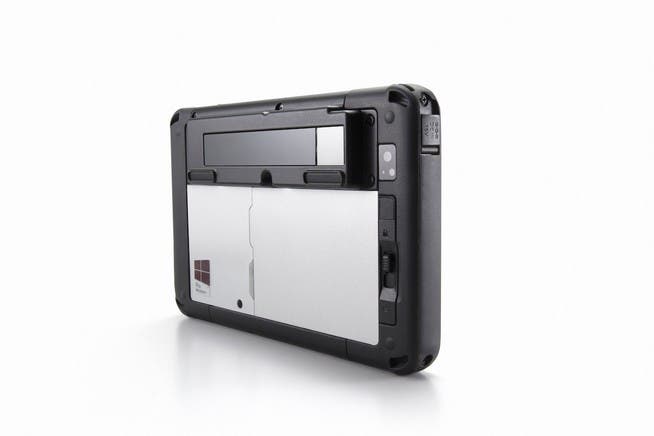 The included 3,200mAH battery can deliver up to 8-hours of usage on a single charge, according to the maker. The device will hit the shelves later in March.