Today, Chinese smartphone manufacturer, Huawei, announced that its flagship Nova 2s (6GB/128GB) version will officially go on sale on March 2. This device was released in December 2017 and it has a 4GB RAM and 64GB memory variant. However, potential buyers will have to fork out 3399 Yuan ($535) to own this device. 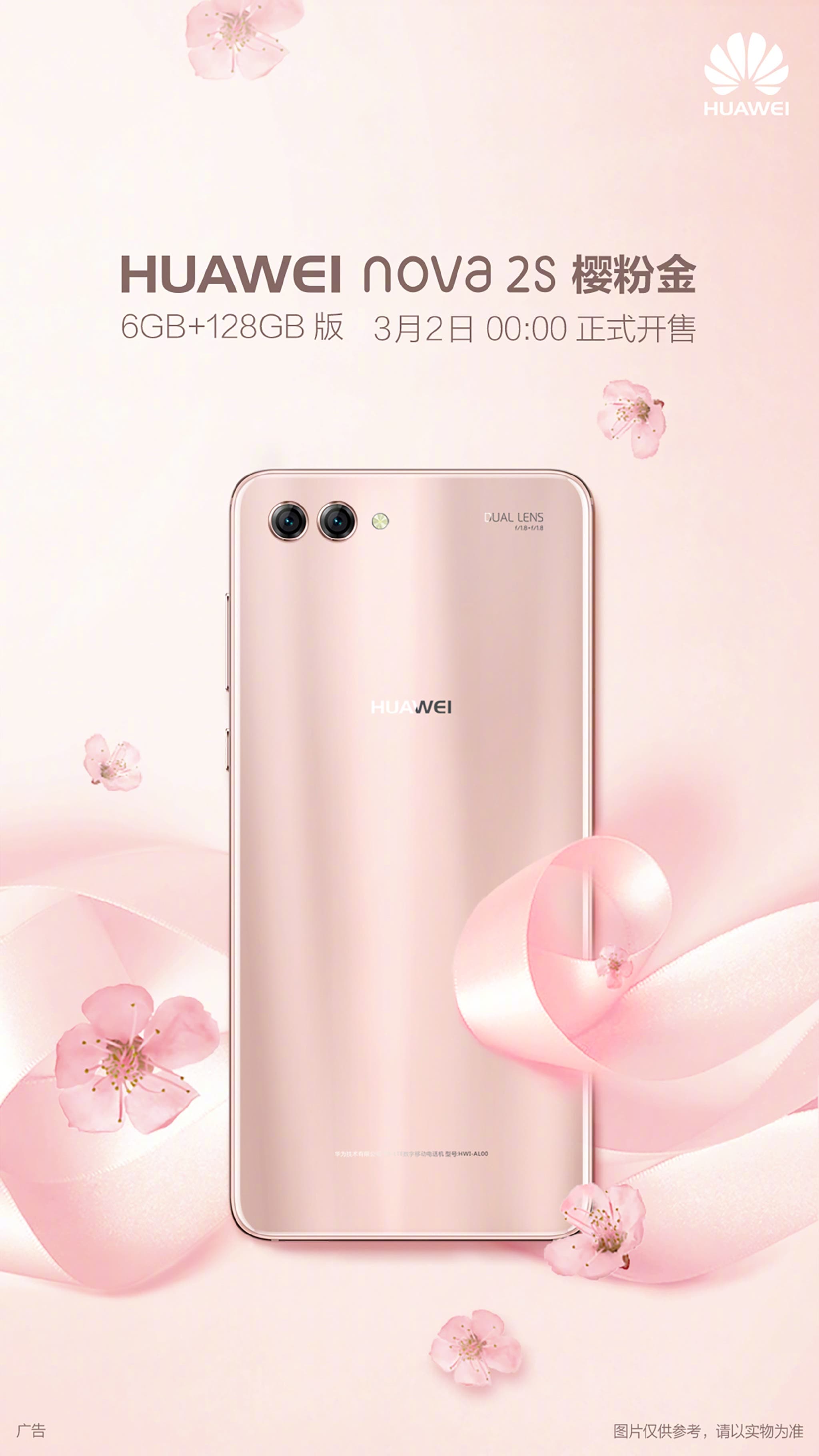 Huawei Nova 2s is powered by Huawei’s own HiSilicon Kirin 960 coupled with 4GB/6GB RAM and 64GB/128GB of internal memory which is expandable to 256GB via microSD card. The processor is supported by a Mali-G71 MP8 GPU. It is equipped with an LTPS IPS LCD capacitive touchscreen having a 78.5% screen-to-body ratio with a 1080 x 2160 pixel resolution. In the camera department, we have a 16MP + 20MP bionic dual lens, with a dual F/1.8 aperture on the rear. It is equipped with a built-in independent ISP image processor and it has a real-time computing field depth which produces amazing images and videos. For selfies, it comes with a 20MP + 2MP cameras which Huawei claims have an SLR-level effect with AF and beauty function. It runs a pre-installed Android Oreo OS and its lights are kept on by a non-removable Li-Ion 3340 mAh battery.

Next OnePlus 7 Coming In Second Quarter With Top-Notch Features