Its already known that Xiaomi’s new flagship, Mi MIX 2S, will be released on the 27th of March. Tons of rumors regarding this smartphone has churned out but as is common with rumors, nothing has been confirmed. It is not entirely certain if this smartphone will come with an on-screen fingerprint sensor though some sources have had this claim. Today, a new leak surfaced online which clearly shows that “Mi MIX 2S” with an on-screen fingerprint reader. It appears that the leaker aimed at exposing this feature because it is the major feature that was revealed by this image. 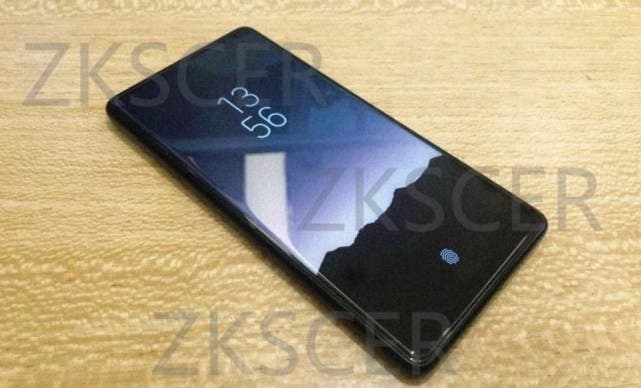 From the speculations so far, we this flagship smartphone sports the new Snapdragon 845 chip coupled with 8GB of RAM and 256GB of internal storage (we expect multiple storage options). The screen is a 6.01-inch OLED display with an 18:9 aspect ratio and a resolution of 2160 x 1080 pixels. As for the camera, a previous report shows that it will use a 16MP rear snapper though it will come with a dual rear camera setup. Sony IMX363 sensor has surfaced along the line but it is not clear which of the cameras will use this sensor. The lights of this smartphone will be kept on by huge 4,400 mAh battery.