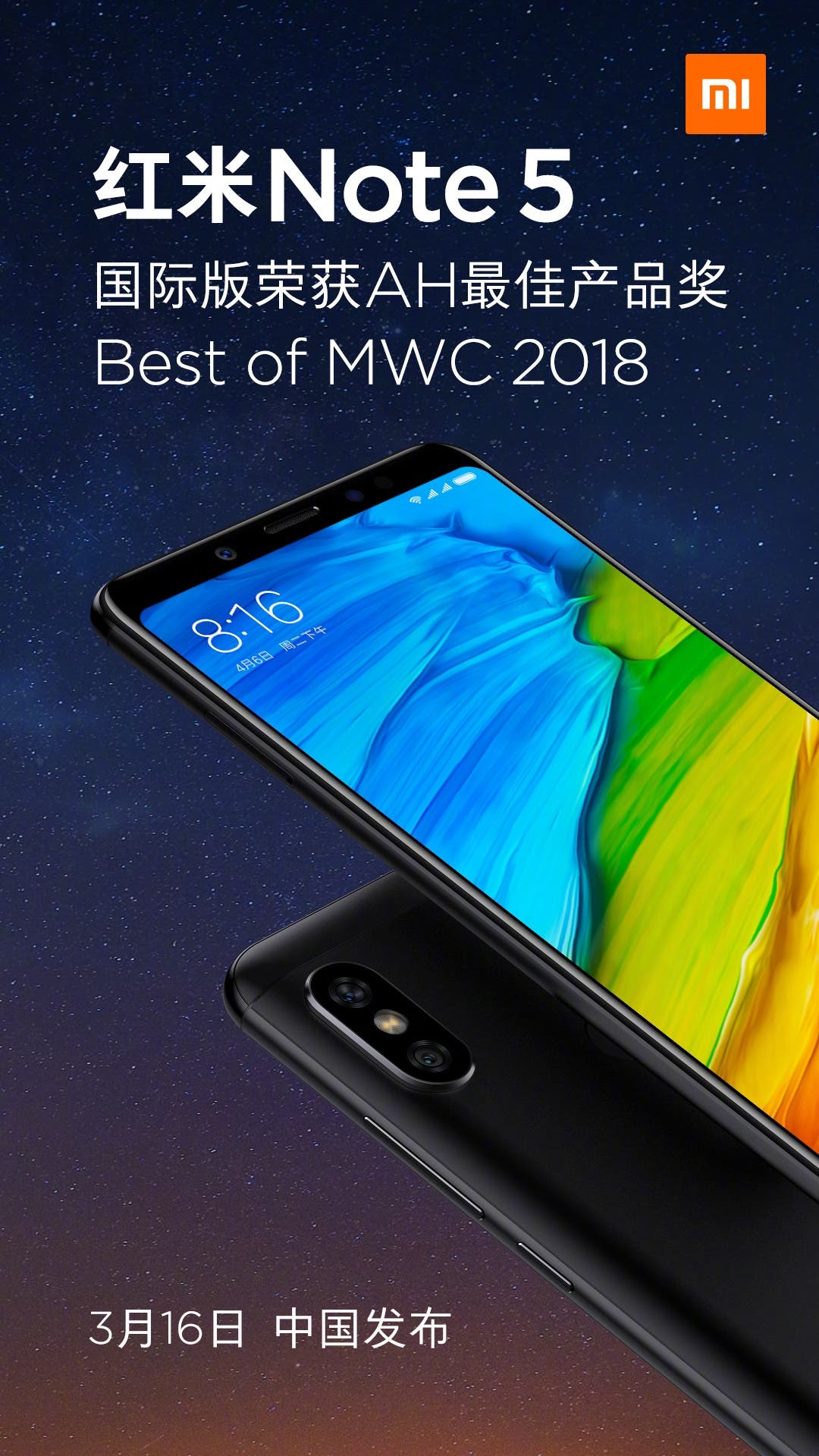 According to the information exposed by MIIT, Xiaomi Redmi Note 5 comes in four colors which include blue, black, gold and rose gold. It uses an all-metal body and three-segment structure with a rear fingerprint scanner. The Xiaomi Redmi Note 5 will be powered by a Snapdragon 636 chipset making it the first ever Xiaomi phone to use this chip. MIUI 9 on top of Android Nougat will be preloaded. It is equipped with a 5.99 inches FHD+ display with an aspect ratio of 18:9. In the camera department, it uses a dual rear camera setup with a 12MP+5MP configuration supported by an 8MP selfie shooter. Its lights are kept on by a 4000mAh battery which supports fast charge.

Previous Most Ridiculous Design Award from MWC 2018 Goes to..