As smartphone makers look for ways to shave off all bezels on their handsets they have had to look for new ways to place the selfie camera. While most manufacturers don’t worry copying Apple, others are looking for innovative ways. A new patent by Meizu has appeared that hides the selfie shooter beneath the display panel. In other words, Meizu might be working on an in-display camera. 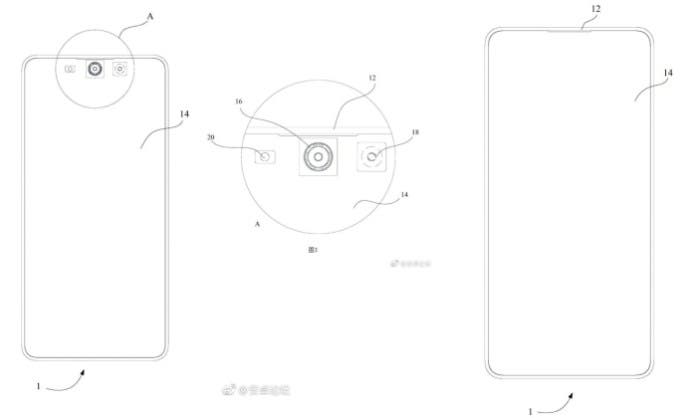 The patent reported by tipster Evan Blass shows the camera in its traditional place but behind the screen. This raises questions of light reception. Well, Blass says that Meizu will be using a Graphene glass display which is transparent in its nature. This should allow light to pass through and reach the sensor and make it useful. Having said that, there hasn’t been a Graphene display up till now on a smartphone. And despite transparency, Meizu would have to do something about the active screen pixels itself so that they don’t distort natural light. Then there’s the fact with patents not always making it to mass production.

Despite that, we remain optimistic od such a technology arriving in the near future. Meizu is believed to be working on a 15th Anniversary device called the Meizu 15. The handset is teased to be one with very thin bezels. The Meizu 15 Plus previously leaked with no top bezels. This patent has further fueled talks that the in-display camera tech might have been perfected by Meizu. However, latest images have show a  top bezel on the handset. So, this tech might be for a future piece of hardware. The Meizu 15 is poised to be revealed in Spring.

For now, we’ll have to rely on notches and popping up selfie shooters at best if we want complete full-screen designs.

Next VIVO X21 with in-display fingerprint sensor gets 3C certification