The huge library of Huawei P20 leaks just got bigger with one more live image of the device appearing on the rumoursphere. We’ve probably lost count of the leaks regarding the Huawei P20 but by now, some things are now etched in stone. 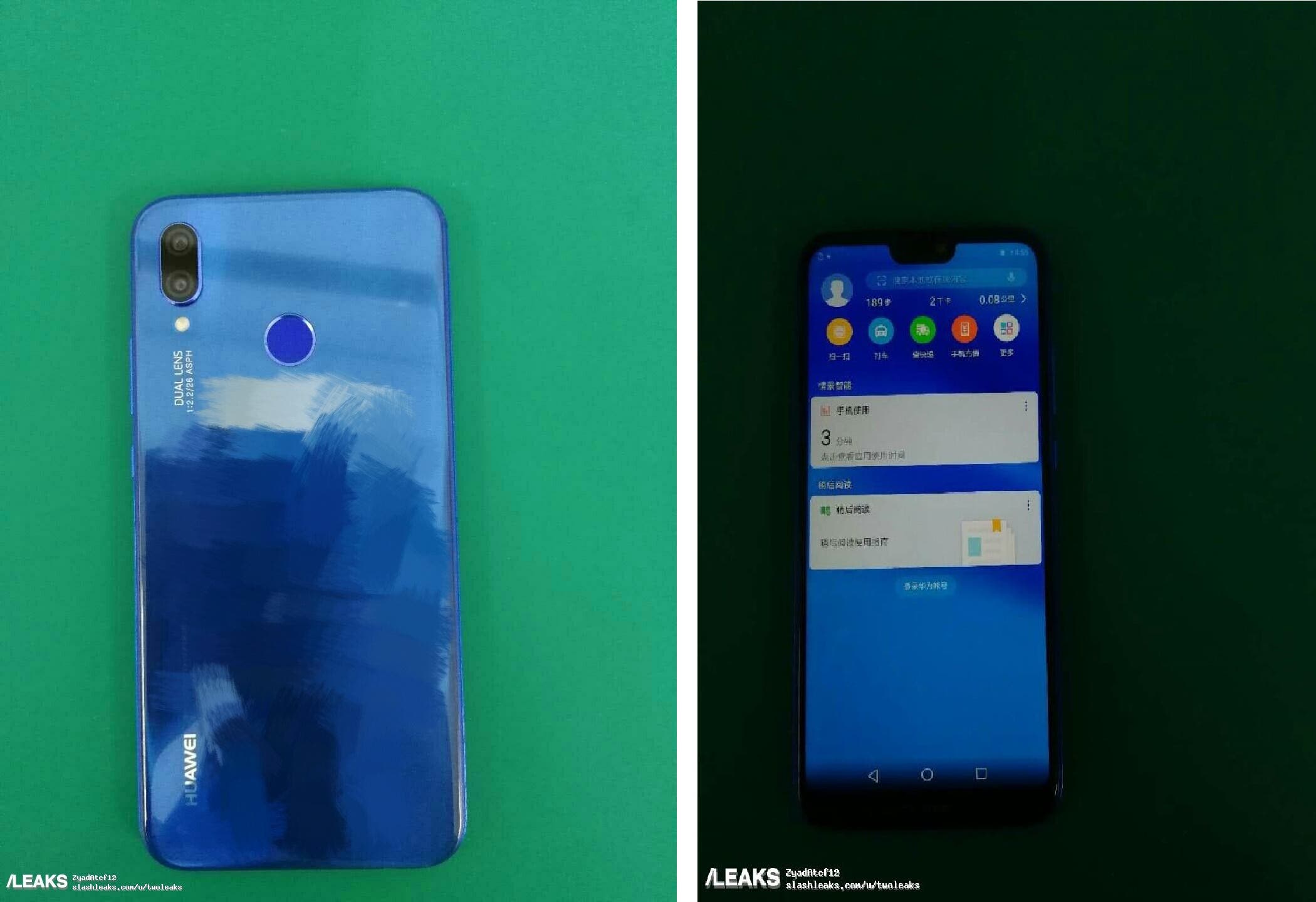 The new leak is of the Huawei P20 Lite. The snapped picture shows a shiny Blue colour and a glimpse of the front and rear of the device. The Huawei P20 series is going notchy and we’re very annoyed about it. But we probably can’t do anything about it.

The dual rear cameras also make an appearance in a familiar iPhone X replica setup. The camera doesn’t seem to protrude like the Redmi Note 5 Pro which is a good thing. Also present is the fingerprint reader on the rear.

As for the specs, the Huawei P20 Lite will be the smallest of the P series and also lowest priced one. The handset should come with a 5.84-inch FHD+ display graced by a notch. That would make for a somewhat awkward resolution. It will be underpowered compared to its bigger brothers as it rocks a Kirin 659 chip. The processor will be supplemented by 4GB of RAM and 64GB of storage.

In the camera segment, the rear rocks a 16MP+2MP camera combo and the front has a 16MP selfie shooter. Huawei puts a 3000mAh battery on the handset to power EMUI 8.0. These specs are almost confirmed and this is probably how we’ll see the final device.

The Huawei P20 Lite is rumoured to come with a price tag of 370 Euros. Invites have already been sent for the launch on March 27 which coincides with the Mi Mix 2s launch on the same day.