Do you guys remember the Yotaphone and the Hisense A2 Pro? Two smartphones that have definitely surprised many people with their unique design in the last years. Well, Chinese phone manufacturer AllCall is apparently following the same trend with their much rumored AllCall MIX2. Let’s have a closer look! 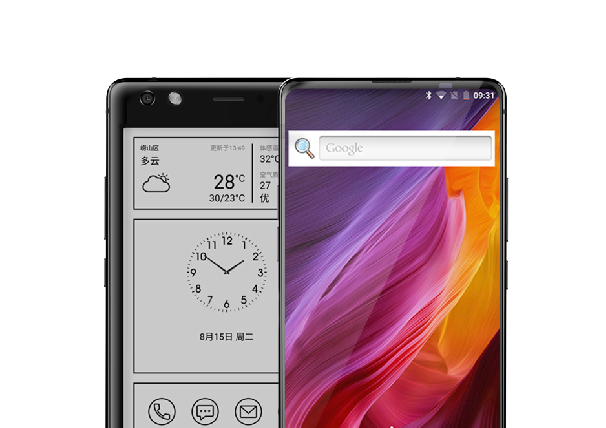 We’ve been talking about the MIX2 for quite a while now, but they still haven’t released it yet and we may know why now. According to our contact at AllCall, the company is indeed still working on their “MIX” series in order to release something different and not just another Xiaomi Mi MIX clone. It seems as their latest desire is to provide the upcoming phone with two displays.

We first saw this “technology” implemented on the Yotaphone and Yotaphone 2, to then be ported into the Chinese Hisense A2 Pro. The latter, is the one AllCall will be taking most of the “inspiration” from though as you can see in the image below (an Hisense A2 Pro).
.

The display on the AllCall MIX2 will indeed be different from what we have on the MEIZU Pro 7 and more like what the Hisense A2 Pro packs. That means a secondary e-ink display on the back specially made to read texts, books etc.. This would add some functionality to the phone for those who read a lot on their device and aren’t satisfied with the reduced battery life when using a normal screen.

Meanwhile on the front of the AllCall MIX2 we’ll be finding a large display with thin top and side bezels, and the camera moved in the bottom right corner.

Nobody knows what the AllCall MIX2 will actually look like at the moment, but we’re somewhat excited to see something different for a change. More info will be available on their official website when time is due.