Lenovo is scheduled to announce the Lenovo S5 in about 48hrs from today and leading up to said event tipped to hold in Beijing, the company via its VP has released a teaser to drive home some key highlights of the upcoming Lenovo S5. This isn’t the first official teaser from the company, the company VP a couple of days back in his reply to Xiaomi CEO on the newly announced Redmi Note 5 claimed that the new phone from the company(which is obviously the upcoming Lenovo S5) will offer better performance than the Note 5.

While that claim is yet to be proven, the same Lenovo Group VP Chang Cheng via his Weibo page has hinted us once again on what to expect from the upcoming Lenovo S5.

In the Weibo post, Group VP Chang Cheng says that the upcoming Smartphone from the company will come with Artificial Intelligence embedded in the operating system which he boasts will be as fluent as the iOS. VP Chang Cheng didn’t give further details on how the company aims to achieve that feat, so we are completely clueless on what modifications the company will be making to the OS ( the Lenovo S5 would run on ZUI 3.5 OS based on Android Oreo). 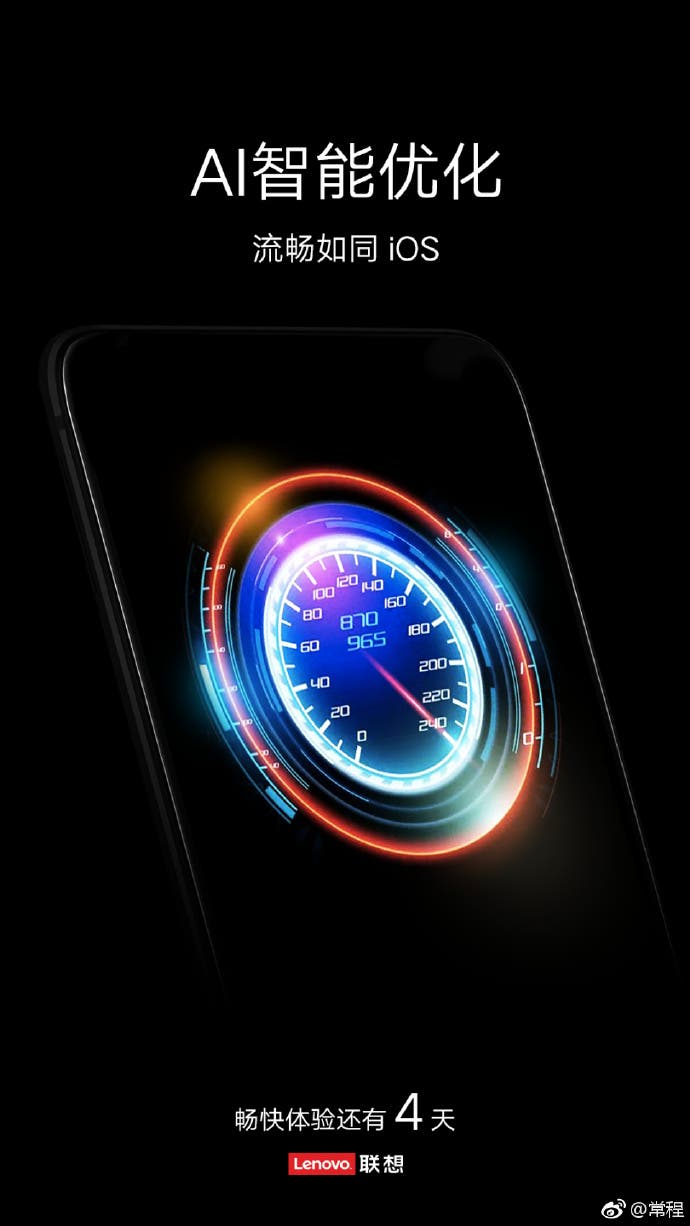 We haven’t really seen much of the Lenovo S5 design, but there are speculations that the Lenovo K520 that surfaced on TENAA a while ago might be marketed by the company as the Lenovo S5. The device is expected to pack a 5.65-inch FHD+ display and powered by a 2GHz octa-core chipset coupled with 4GB/6GB RAM options and 32GB/64GB storage variants. The phone expected to run the ZUI 3.5 OS based on Android 8.0 and have a 3000mAh battery.