We have barely a week left to the official unveiling of Xiaomi’s new flagship, Xiaomi Mi MIX 2S. There have been series of rumors, speculations and official teasers of this device and it appears that this will continue until the device is finally released. Today, Xiaomi Mi MIX 2S appeared on “Pacific Rim 2” theme advertisement and the video was released by the company. This video highlights how high-tech robots attacked mankind and a mysterious engineer saved the world with his robots. At the end of the 1 minute 25 seconds trailer, Xiaomi Mi MIX 2S clearly appeared and it highlighted the theme of 2018 black technology. 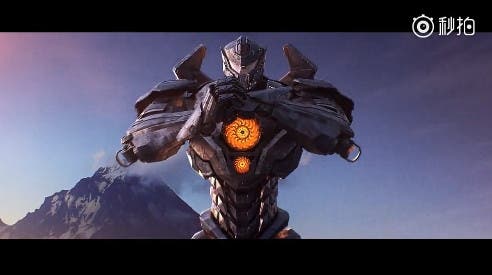 According to official information released earlier, Xiaomi MIX 2S’s slogan is “One side of technology, one side of the art.” This is the slogan used by Xiaomi Mi Note 2. It seems that in addition to the powerful configuration of the Xiaomi MIX 2S, it will also sport a wonderful design. From the front of this device, the MIX 2S retains the design of Xiaomi Mi MIX 2 which leaves only the chin and the front camera is placed on the bottom. See the full video below

From previous reports, Xiaomi Mi MIX 2S will be powered by a Snapdragon 845 SoC coupled with 6GB of RAM and there will also be an 8GB RAM version. It will use vertically aligned dual rear camera which will support Artificial Intelligence and this smartphone will also support wireless charging. Generally, Xiaomi smartphones with the “S” tries to address the shortcomings of the previous version. This is why the Mi MIX 2S is retaining similar design with a significant upgrade in the camera department based on a more powerful hardware.

Next Analysts: Apple To Slash iPhone X Production For Q2 2018