The United States was one of the first countries where the OnePlus 5T got released. Four months have passed since its release that happened in the November 2017. Even though the OP5T owners are still happy by owning a relatively new smartphone, the handset got out of stock in all the country, and apparently, this is not due to a stock shortage. 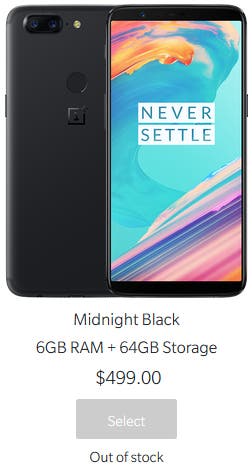 According to reports from the guys at Engadget, the Chinese manufacturer confirmed that every unit manufactured in North America has been sold. OnePlus also states that the handset was a bigger than anticipated success and the large demand was a reason for the stock shortage in so little time. Surprisingly or not, if you live in the US and want to get a new unit of a OnePlus device, you’ll have to wait for the next model – a.k.a OnePlus 6.

As previously reported, the OnePlus 6 will share big semblances with its recently released sibling – The Oppo R15. That means that the sixth generation of the flagship killer will embrace the controversial Top Notch to achieve a Bezel-Less and FullScreen design. The larger 6.28-inch panel will reportedly have a resolution of 2280×1080 pixels that results in a 19:9 aspect ratio.

The leaked specs sheet also mentions the presence of a Snapdragon 845 paired with 6GB RAM and 128GB of Storage, although it hasn’t been mentioned we also believe that the company will bring an 8GB RAM + 256GB Storage variant. The smartphone will also feature a dual rear camera setup that consists of a 20MP sensor coupled by another 16MP unit. On the front, selfie lovers will be pleasured by a 20MP shooter. All the fuel of this new flagship will be ensured by a 3,450mAh battery. 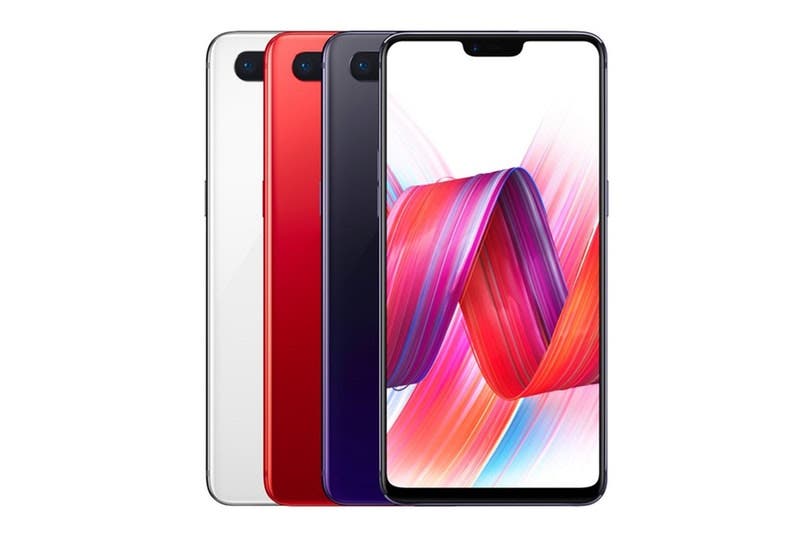 Apparently, OnePlus will follow its recurrent timeline for releasing newer OnePlus flagships. That means that the OnePlus 6 should go live towards the end of Q2, most probably during June 2018. That means that US consumers that still want to order a OnePlus smartphone will have to wait at least three months. That of course, if they want to get it directly from the official OnePlus channel.

Even though the OnePlus 6 may be about to come it’s kinda disappointing to see a good flagship like the OnePlus 5T being dropped so soon in North America.

Next Huawei phone with 512GB of storage is real, may launch as Huawei MateRS Porsche Design