We know it’s in the making because the device whose moniker had been trademarked in Columbia recently surfaced on the Geekbench listing. And while recent reports suggest the device might be launched as early as July or August, Samsung mobile  Africa , South Africa, and Samsung Morocco has published the support pages for a device with the model number: SM-N960U , which has long been associated with the Galaxy Note 9 phablet.

Aside from the SM-N960U model number, the support pages, unfortunately, doesn’t currently have any information on it, but we already know a couple of things about the device, thanks to a GeekBench listing.

We reported earlier this month that Samsung has started testing two firmware versions of the phablet Galaxy Note 9, two weeks earlier than it did for the Galaxy Note 8, so we can safely assume we would get to see two variants: a Snapdragon and Exynos versions, and it could be announced much earlier than the 2017 flagship phablet.

As per the listing sighted on the Geekbench database, a device listed as SM-N960U which matches the Model number of the upcoming Galaxy Note 9 is seen with similar specs as the Galaxy S9+, featuring  Qualcomm Snapdragon 845, 6GB of RAM, but with a more recent Android 8.1 as the operating system. 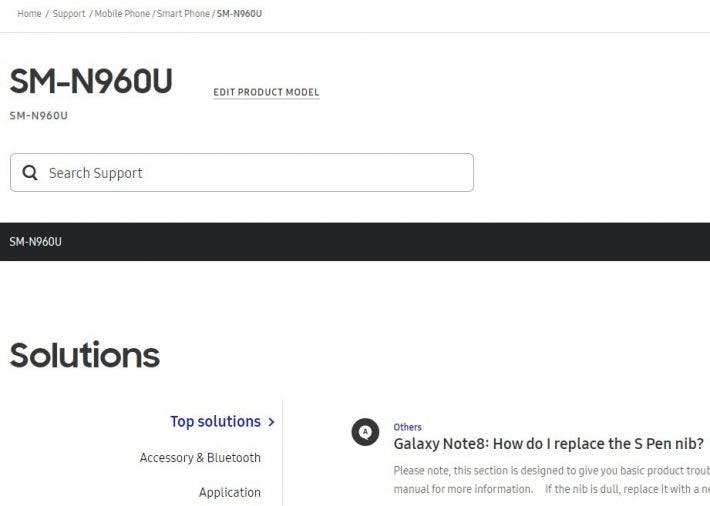 We are yet to be hinted on when exactly the Galaxy Note 9 will drop, but there are speculations that the device might drop much earlier than the Note 8, and recent reports have it that the release could happen as early as July. The move is a calculated attempt aimed at countering Apple’s upcoming iPhones, and also to probably to obviate the below expectation sales figures so far recorded by the flagship Galaxy S9.

Next Smartisan Nuts 3 To Debut On April 9