Though Huawei is the leader in the Chinese smartphone, market it faces a tough competition towards other brands. Especially, this refers to Xiaomi. As you know, the latter is known for its products coming with the best pricing if taking into account the hardware. Say, its Redmi line smartphones are priced too low but provide a respectable performance. Not accidentally, they regularly become the best-selling models in various markets. Till the date, none of the Huawei models could compete with them. But recently, the manufacturer has revised its strategy and begun coming in with cheap models compatible with the aforementioned smartphones line. The best proof is the Huawei Honor 7A announced yesterday. 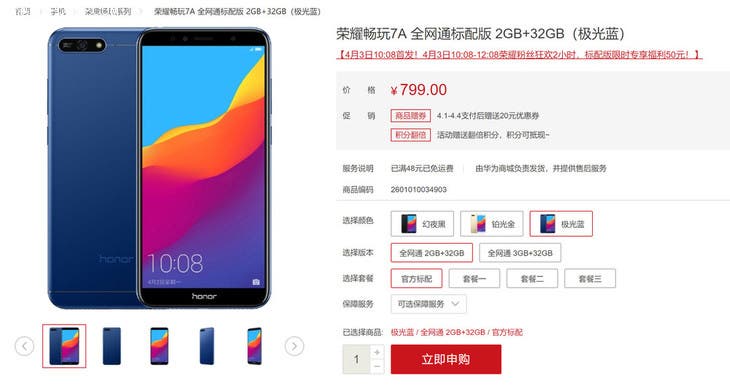 As scheduled, the Huawei Honor 7A went on sale this morning at a starting price tag of 799 yuan ($127). The latter is set for the 2+32GB memory combination, while the 3+32GB variant comes at 999 yuan ($159). As you can guess, it’s available for purchase via various online and offline stores such as Jingdong, Tmall, Suning, and Vmall Mall. 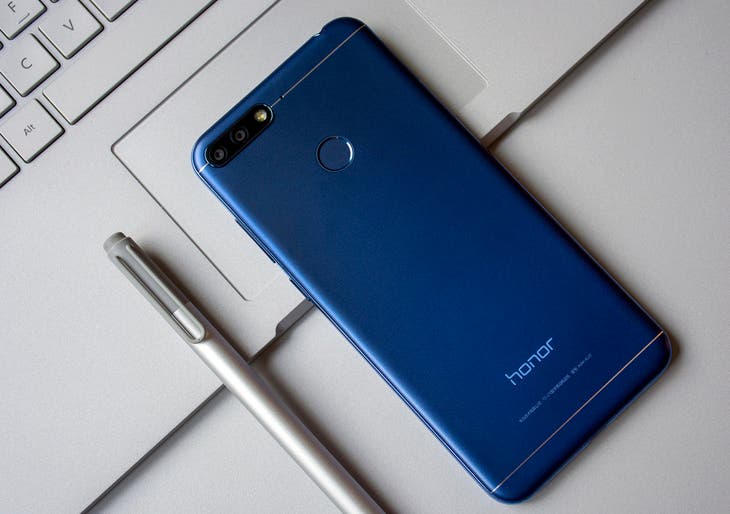 Actually, the Huawei Honor 7A comes with many trendy features such as the 5.7-inch 720P full-screen with an aspect ratio of 18:9, face recognition along with the fingerprint scanner, excellent speakers at up to 88 decibels, and many more.

In this sense, it’s a bit difficult to say which of its key features is a selling point. Probably, the phone is attractive in toto. Say, it also comes with a 2.5D arc glass that provides a stylish look and great ergonomics along with the body passed through a flexible sandblasting process as well as the middle frame using a high-gloss process.

The rest of features of the Huawei Honor 7A include a Qualcomm Snapdragon 430 octa-core processor, a 13+2MP dual-camera on the back supporting for hardware-level depth of field camera, an 8MP front shooter, a 3000mAh battery, and so on.