The Xiaomi Mi 5X is one of the best mid-rangers. But it’s been out for a while. So the company has to come in with an upgraded model. Fortunately, Xiaomi thinks in the same way. Previously, we have heard too much about the Xiaomi Mi 6X and have seen too many leaked photos. But the one that came our way this morning changed some information we had had before. 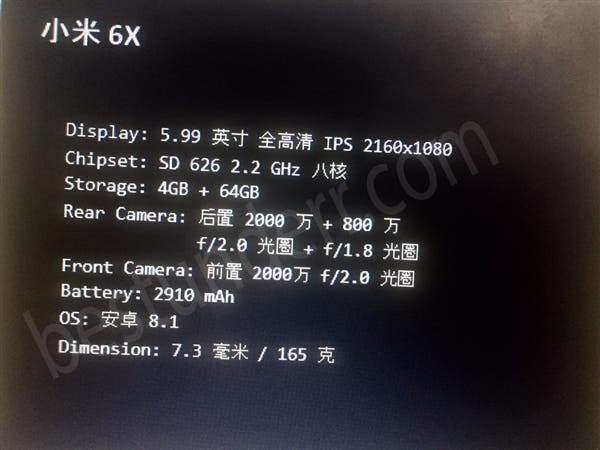 The previous-gen Mi 5X has been designed so accurately and greatly that the manufacturer decided to make its first Google Android One program based on it. As you know, the Xiaomi Mi A1 is the same Mi 5X but runs on a pure Android OS. So there is every reason the Xiaomi Mi 6X will have its sibling in face of the Xiaomi Mi A2 as well. The latter is supposed to be the international variant of the Mi 6X, while the latter should sell in selected countries and markets. 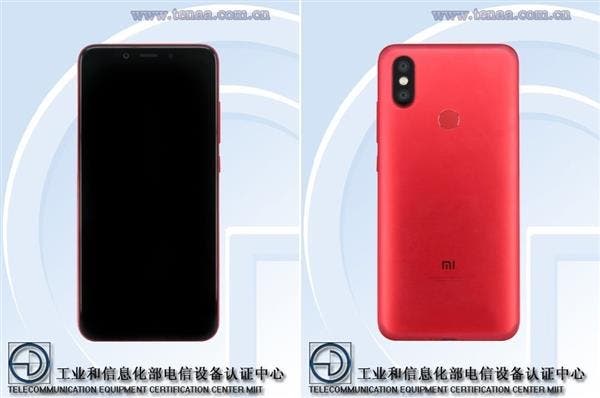 Well, previously we have heard the Xiaomi Mi 6X should be packed with the latest super mid-range processor in face of the Snapdragon 660. But the leaked picture reveals the awaited phone will sport a Snapdragon 626. This is a less powerful chip, but its presence in this model is more logical. The SND660 appears on the smartphones from a higher level. So the Xiaomi Mi 6X that is going to struggle in the classic mid-ranger market should come with the SND626 to cost more affordable. 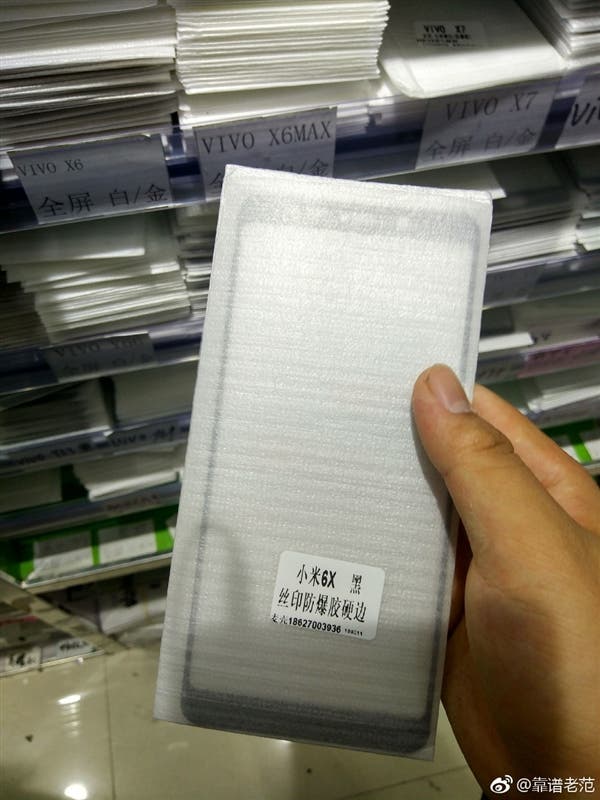 As for the rest of features, the Mi 6X will be using a 5.69-inch full-screen with an aspect ratio of 18:9 and a resolution of 2160 x 1080 pixels. The back is made of metal. And it’s expected to see various color options but the black and red leaked previously.