On September 5, Honor released two new smartphones, the Honor 8X, and 8X MAX. The original 8X adopts the ‘pearl screen’ design, is equipped with the Kirin 710 processor, supports the ‘scare technology’ of GPU Turbo, and is priced at starting 1399 yuan ($204). Seems there is every chance for this handset to become a best-seller. But today, Xiaomi President, Lin Bin, publicly said on Weibo that the Xiaomi Mi 6X has been announced 5 months ago and it can beat the Honor 8X. 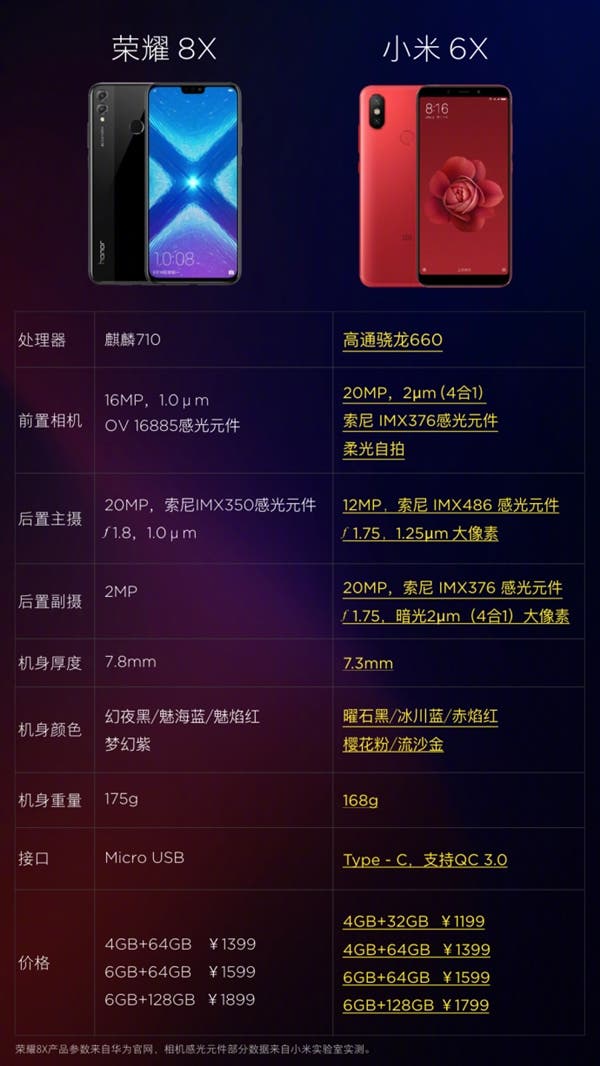 He also added that they have carefully compared the phones designed by Xiaomi and Honor and found out that there are many aspects, of which the Xiaomi Mi 6X is an absolute leader. Among the compared features we can mention the performance, the rear camera, the thickness, and the price.

Xiaomi President also provided two comparison photos to prove his words. And according to them, the Xiaomi Mi 6X looks more attractive in terms of the mentioned features and costs way less. 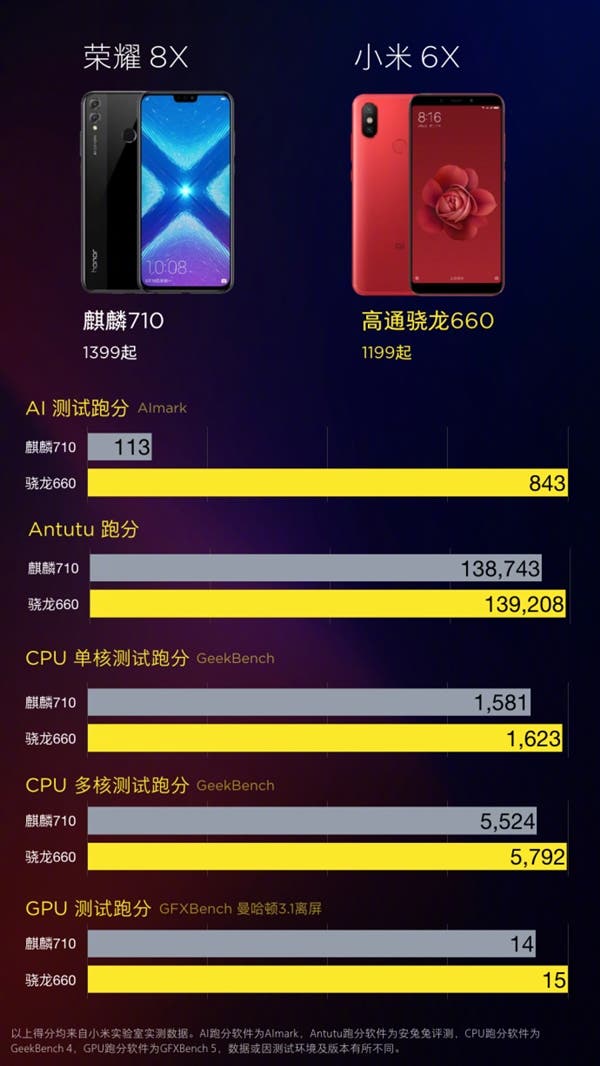 In this regard, Xiong Junmin, Vice President of Honor, responded: ‘We are better at making products that shock the industry. We don’t know much about the marketing tricks. Not only regular employees but also executives began vilifying. The Honor 8X has made many ‘friends’ get upset. That’s why they can’t sit still. But we are very happy about that. Sorry.”

This can be taken differently. But seems Honor is very happy to see it is capable of making phones that are recognized by their competitors. The Honor 8X is such a phone, undoubtedly. But only the final sales numbers will show which of these handsets are beloved by customers more.