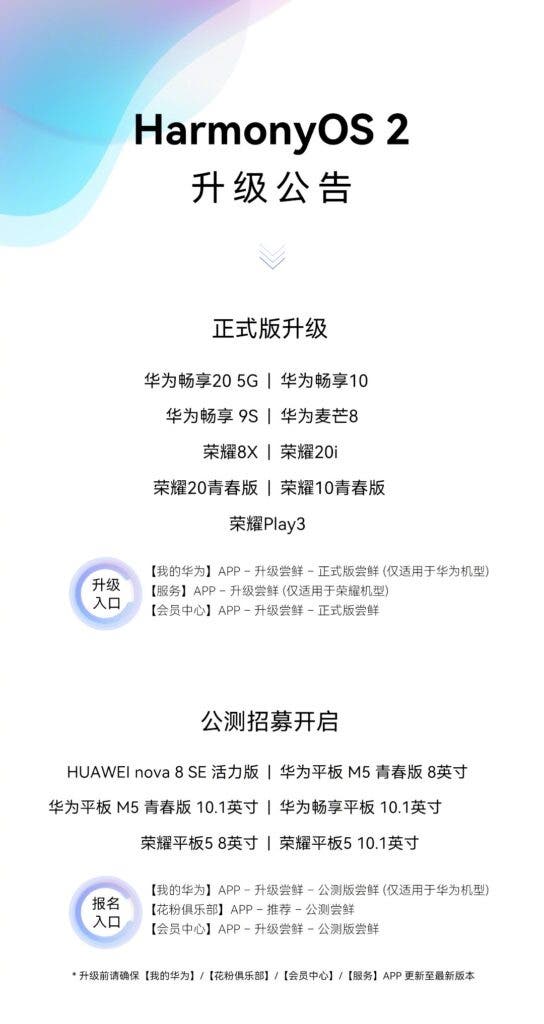 There are a couple of ways that users of these smartphones can get the update. Users can access the update through Member Center App, My Huawei App (Huawei Model), or Service App (Honor Model). Alternatively, users can wait for the OTA push of this update but they will have to get it in settings.

Users of the above models can sign up and apply for the public beta through the Member Center App, Pollen Club App, and My Huawei App (Huawei models). For details of the upgrade, please refer to the official forum of the Huawei Pollen Club.

Unfortunately, there is no report with regard to when the HarmonyOS 2 will arrive in global models. In fact, Huawei is still maintaining the EMUI 12 on top of Android 10 for global versions.

Next Snapdragon 8 Gen1 models to launch before Dimensity 9000 smartphones