While Huawei is still basking in the great reviews that their P20 line-up is getting, the Huawei Mate 20 made an appearance on AnTuTu with Huawei’s latest HiSilicon Kirin 980 chipset. It scored a massive 356,918 points, becoming the first phone to ever do so. 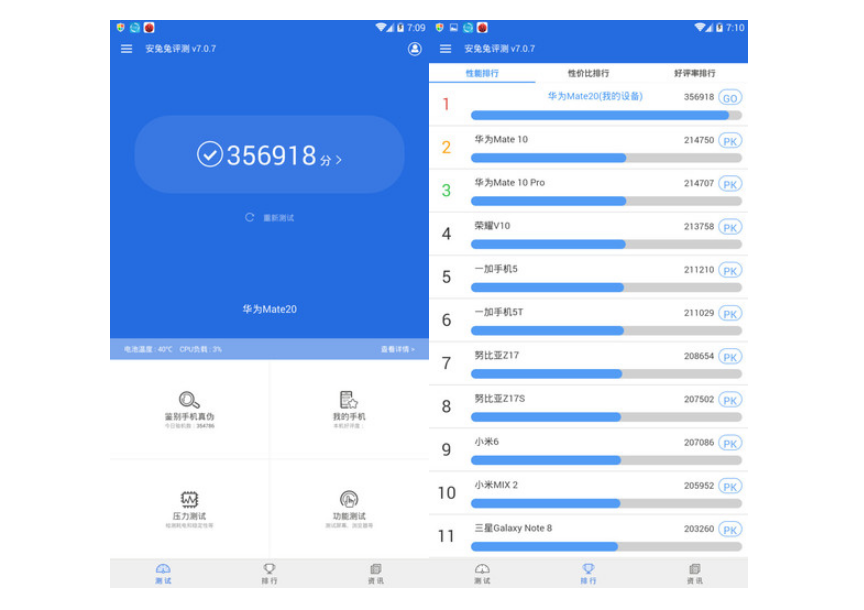 The Huawei Mate 20 will be siccesosuto the highly acclaimed Mate 10 series which were launched in October last year. Judging from the timeline, the Mate 20 would probably see an unveiling around the same time this year. But we might get to see it a bit earlier since it has already appeared on AnTuTu benchmark. On the listing, the Mate 20 left all the major flagships biting in the dust with its massive score. It zoomed ahead of the Mate 10, Mate 10 Pro, OnePlus 5, OnePlus 5T, Nubia Z17, Galaxy Note 8, Mi Mix 2, to name a few.

Apart from the scores the listing doesn’t reveal anything else. The Kirin 980’s speculated configuration includes a 7nm manufacturing process, Cortex A75 cores, and a dedicated processor for handling AI. Nothing can be said for sure, but there is a possibility that it might sport an under the display fingerprint scanner, since the Mate RS Porsche Design has it. Huawei has not revealed anything regarding the Mate 20, so keep speculating!

Next Xiaomi Redmi Note 5 To Go On Sale Again Tomorrow, On April 10