We already know that Huawei Honor 10 will be released on April 19 but a lot of details regarding this smartphone are still missing. Now, we have a leaked image with respect to this device. One of the info carried by this image is that the Honor 10 will be coming with an on-screen fingerprint sensor because the rear of the purported Honor 10 conspicuously lacks a rear fingerprint scanner and no flagship smartphone lack a fingerprint sensor whether on-screen or rear. 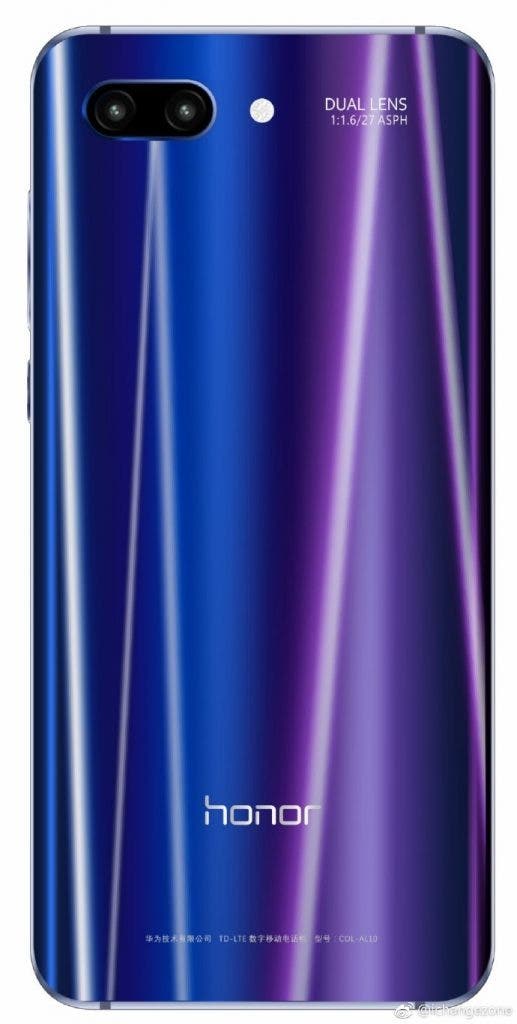 Other pieces of information grabbed from this image is that the rear has a 3D glass panel and the presence of “Dual Lens 1:1.6/27 ASPH” suggests that this smartphone may feature a camera similar to that of Mate 10 and Mate 10 Pro. As of now, not much is known about this device. However, reports claim that it will be powered by Huawei’s own Kirin 970 chipset coupled with 6GB of RAM and 256GB of internal storage. In addition, it will sport a 5.8-inch notched display.