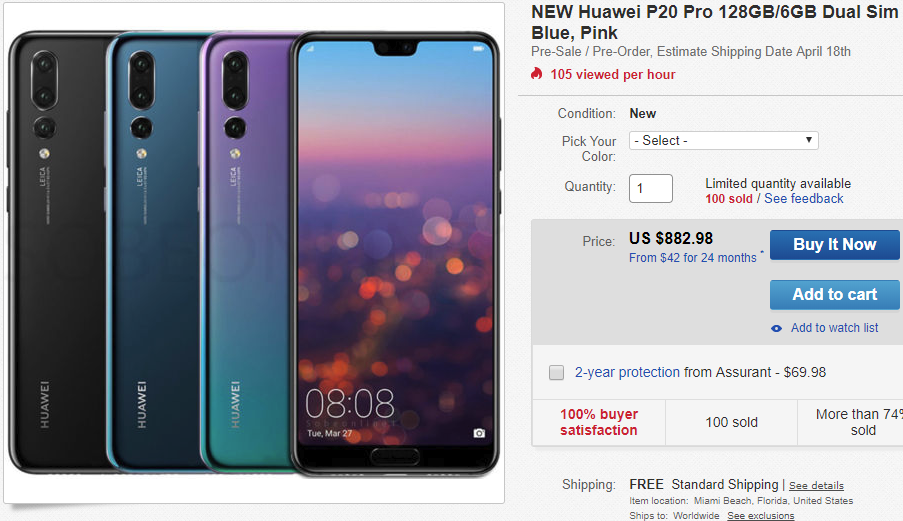 Although Huawei’s new flagship, Huawei P20 Pro will not be arriving the US officially, there is an opportunity for Americans who badly need the P20 Pro to get it via eBay. The major highlight of this smartphone is its triple rear camera setup which has a 40MP rear camera along with a 20MP monochrome sensor and 8MP telephoto lens. No US carrier will offer this smartphone but the unlocked version will run on GSM (no Verizon or Sprint). The following LTE bands are available

With these LTE bands, you are sure that AT&T and T-Mobile will work perfectly but a few bands is missing though. They include B66 and B71 for Tmo and B29, B30, and B66 on AT&T. These bands are pretty new and most smartphones does not support them as for now. However, please note that if you really need the Huawei P20 Pro, you need to have a deep pocket. It is offered for $883 and will be shipped from April 18.

Next Kernel Source released for the Redmi Note 5 Pro (Whyred)

MOOSOO D600 available with massive 31% off on Ebay