Available in varieties of color, the leaked cases is made with an efficient anti-slip and rugged design to ensure your device doesn’t slip off your hands easily, and even if it does, the case ensures it is protected from damages. Also worth mentioning is that the leaked case got a clip at the rear with which you can firmly secure the device to your pocket. The case is also capable of protecting your phone from scratches by some external objects.

The leaked LG G7 ThinQ case confirms the presence of a rear-facing fingerprint scanner, a dual camera setup stacked up in a vertical manner, and as well confirm the presence of a screen notch which is expected to house the front-facing camera and LED flash, while there are also cut out for its power button and volume rockers located on the right side as well as a cut out for the dedicated AI button on the left.

If reports making the rounds are anything to go by, the LG G7 ThinQ will come with the Qualcomm Snapdragon 845 mobile platform with 4 GB of RAM and an internal storage of 64 GB for the base variant, while a more recent report from Androidheadlines confirms the presence of 16MP dual rear camera combo, one of which will be a wide-angle one with a 107-degree field of view, and the other of which will be a normal one with an f/1.6 aperture.

Apart from having a couple of modes, including the manual, portrait and live photo modes, the LG G7 ThinQ camera should come optimized for low light photography, all thanks to its ‘Bright Mode’, which can detect when the lighting is bad and combine pixels to form a ‘superpixel’, thereby allowing for images and videos that are up to four times brighter than those taken by the LG G6 or LG V30S ThinQ. 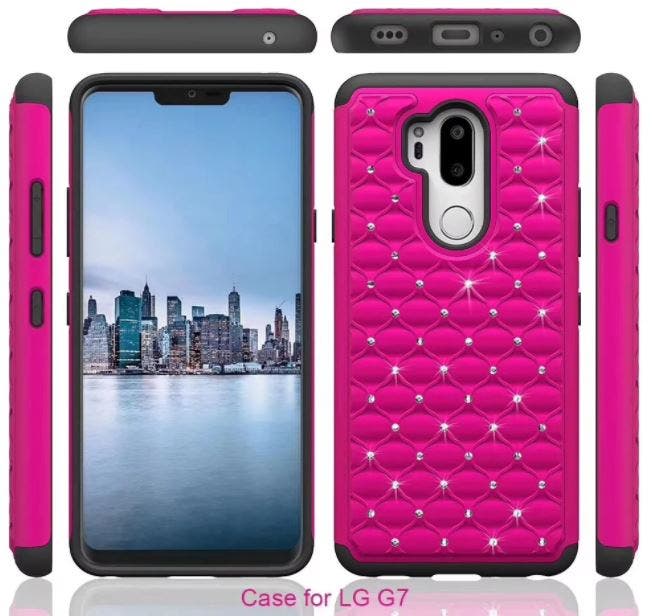 We are still days away from the official unveiling of the device, so we expect more details to pop up before the said date.

Previous Huawei Android Go phone coming in May, probably will be the Y5 Lite 2018