LG just finished unwrapping the V30s ThinQ at MWC 2018. Now, a new report has popped up online releasing news about its successor, the LG V35 ThinQ. The report comes from AndroidHeadlines and details some internal changes that will take place on the flagship.

As per declared info, the V35 ThinQ should have a 6-inch display with QHD+ resolution and an 18:9 aspect ratio. Surprisingly, it should have an 80% screen-to-body ratio which is pretty low compared to today’s standards. However, there won’t be a notch on the handset, if that is any consolation. The display should be edge-to-edge and usable with one-hand giving great colour reproduction. The display is expected to be OLED instead of a p-OLED panel. 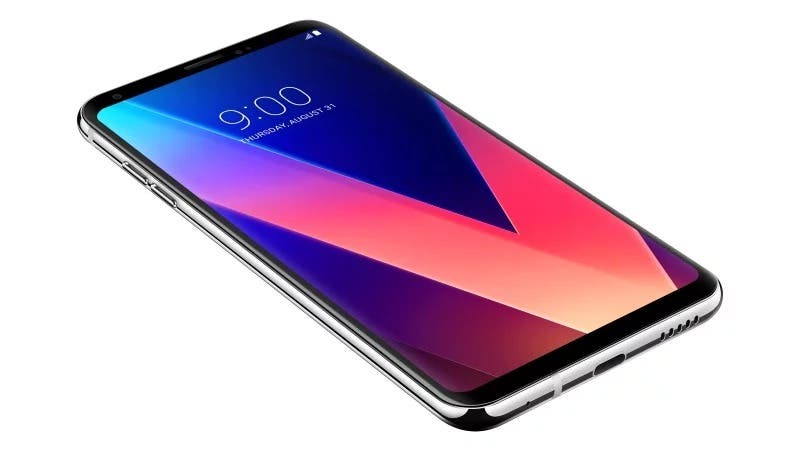 The cameras are in for an upgrade as the secondary 13MP sensor will be replaced by a 16MP wide-angle lens. It should also come with the Google Lens capability and other AI quirks. The LG V30s ThinQ was demonstrated with such features and these are likely to trickle down. The V35 also has a Super Bright Mode that gives high-quality images by joining pixels into ‘superpixels’ for low-light photos.

Audio was a forte of the LG V30 and that will continue this year. The V35 ThinQ has a 32-bit Hi-Fi Quad DAC and long distance voice recognition from 5 mtrs/17 feet says the source.

LG already has a V35 in Japan which is essentially a rebranded V30+. However, AndroidHeadlines has confirmed through LG’s in-house documentation that the handset will indeed be called LG V35. Considering the LG V30s ThinQ just launched in February, the V35 should be seen around late 2018.