One of the first successful smartphones from the Taiwanese company, Asustek was the original ZenFone 5. So the idea behind the #Backto5 event was to not only follow the sequence but also bring back the feeling of the first successful Asus smartphone. The new ASUS ZenFone 5 was unveiled back in February at the MWC 2018. But it hasn’t been launched until today. We have learned the phone will debut in the domestic market on April 12. Nothing changed, and today, the company announced the ZenFone 5 in Taiwan. 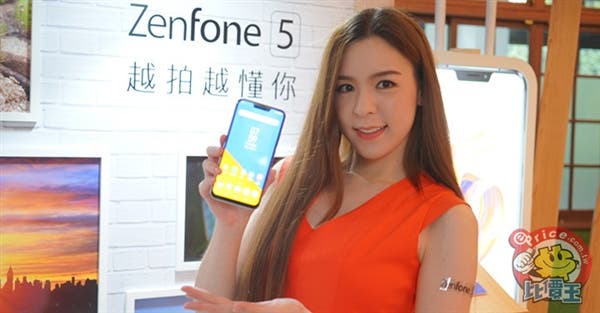 The ASUS ZenFone 5 uses a 6.2-inch 2246 × 1080 IPS special-shaped screen that has a screen ratio of 90%. Thanks to the full-screen the phone provides better viewing experience but it comes with the same dimensions as 5.5-inch traditional smartphones. There are two color options to choose from starburst silver and deep sea blue.

In terms of configuration, the Asus ZenFone 5 is equipped with a Qualcomm Snapdragon 636 processor, which is the world’s first bangs screen mobile phone equipped with this chip. It is paired with a 4GB of LPDDR4X memory, 64GB of storage, and a battery capacity of 3300mAh. The phone runs on Android 8.0.

The ZenFone 5 also comes with a smart dual-lens system. One of the sensors is the Sony IMX363, which comes with a unit pixel area of 1.4μm and an aperture of f/1.8. According to the official statement, the ASUS ZenFone 5 is capable of taking perfect shoots in all lighting conditions. 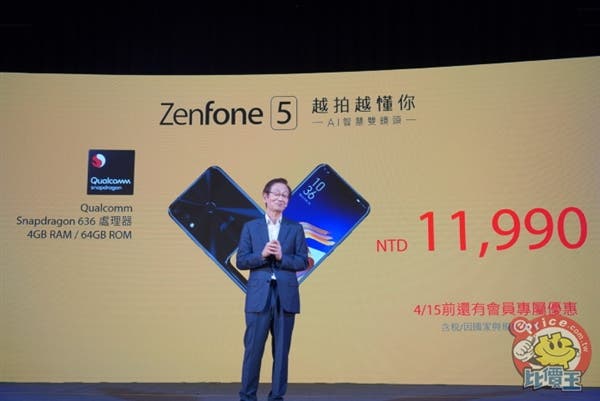 There are two color options to choose from starburst silver and deep sea blue. It is priced at NT$11,990 ($409) and it will be available for purchase starting April 15.

Next Ultra-cheap Coolpad A1, Coolpad 4A with Android Nougat launched in India