Asustek announced the new ASUS ZenFone 5 series at the MWC2018. It is considered to be one of the best mid-range smartphones on the market coming with many trendy features and providing good performance. Today it became known the phone will be released on April 12. Thus it will start making its way in a couple of days. 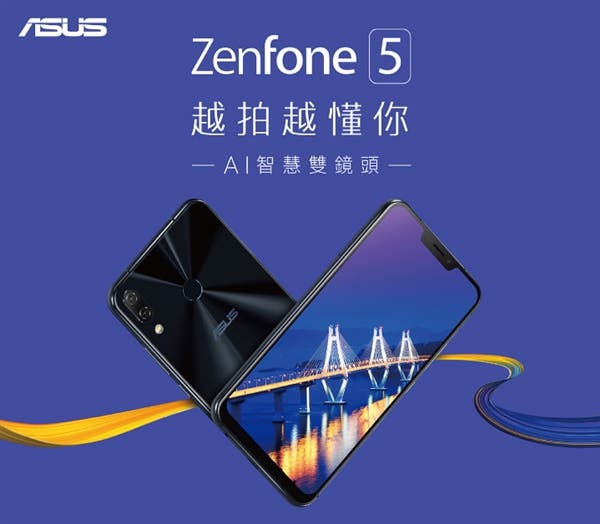 The ASUS ZenFone 5 sports a 6.2-inch bangs screen with a resolution of 2246 x 1080 pixels and screen ratio of 90%. Thus it is one of the highest proportion screen phones around the globe. Such a design allows the phone to provide an excellent viewing experience in the same size as a traditional 5.5-inch phone. The visual effect of the bright screen is outstanding.

As for the configuration, the ASUS ZenFone 5 is equipped with a Qualcomm Snapdragon 636 chip, which is paired with a 4/6GB of RAM, 64GB of internal storage, a 3300mAh, and Android 8.0 out of the box.

In terms of photography, the ASUS ZenFone 5 is equipped with a smart dual-lens system. The main lens uses a 1.4-micron Sony IMX363 sensor module and has a f/1.8 aperture. According to the official introduction, this handset is capable of providing clear and bright real-world photos for both day and night shooting.

Though the phone debuted at the MWC 2018, and it will be officially announced on April 12, it will become available for purchase in June. It’s also worth mentioning that the manufacturer wants to impress the customers and it has invited Kong Liu, a well-known actor, and model to serve as a spokesperson.

Previous Huawei Band 3 Is The Best-Selling Smartband at Jingdong