This morning, Google released the latest Android system version share statistics for the month of April. The results show that Android Nougat is the most utilized Android system with 30.8% followed closely by Android 6.0 Marshmallow which accounts for 26% while Android 5.0 Lollipop claimed 22.9% to come third. The older versions recorded 10.5% for KitKat while Jelly Bean, ICS, and Gingerbread got 4.5%, 0.4%, and 0.3%, respectively. 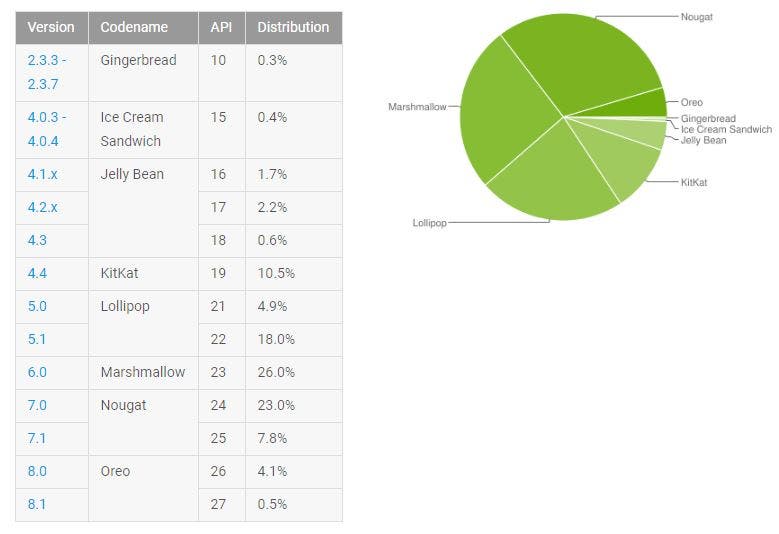 The latest Android system, Android Oreo managed only 4.6% but this system got the highest increase as it rose by 3.3%. Android Oreo is the dream of every Android user and all 2018 Android flagships are almost certain to come with this system coupled with several other devices that will be upgraded to Oreo. Since Google’s statistics are based on Play Store access devices, many Chinese smartphones may not be included. Among them are Huawei’s Mate 10/P20, OPPO R15, vivo X21, and Xiaomi MIX 2S which are made by the top four Chinese manufacturers. All these devices come with Android 8.0/8.1 systems. In truth, the actual number of Android 8.0/8.1 users should be higher than this result.