South Korean giant – LG has two separate launch event scheduled for Seoul and New York on May 2nd and 3rd, 2018 where it is expected to unwrap the LG G7 ThinQ. And in preparation for the launch, the company already secured the necessary approval for the G7 ThinQ in both Russia and homeland Korea. Now, in addition to the series of leaked that has surfaced so far, Evan Blass has tweeted a leaked press render which showcases the phone’s design from all possible sides.

The new leaked render of is of the Grey/silver color options, and it appears to have confirmed recent revelations that it will in addition to the usual volume +, volume – buttons come with and a new key which is tipped to be a dedicated Google Assistant button, similar to the Bixby button on the flagship Galaxy S9.

Flaunting a 6.0 inches display, the upcoming LG G7 ThinQ like most other Android copycats will feature the screen notch where the front camera, in-call speaker, as well as light and proximity sensors will all reside. The leaked renders confirm that LG won’t be ditching the 3.5mm headphone which is seen alongside the loudspeaker grille and a USB-C port at the bottom. The SIM/micro SD card tray in an unusual manner is found on the top of the device. Flip the phone over, and you will be greeted with a circular fingerprint sensor, LG branding, as well as LG’s new dual camera setup, stacked in a vertical manner.

Join GizChina on Telegram
The LG G7 ThinQ with a focus on AI will come as a bigger overhaul compared to the incremental LG V30S ThinQ introduced back at the MWC.  The device according to previous reports is rumored to come with a 6–inch screen with QHD+ resolution (3120×1440 pixels), 19:9 aspect ratio and, with the Snapdragon 845 CPU, coupled with 6GB of RAM, and a 3,000 mAh battery under its hood. 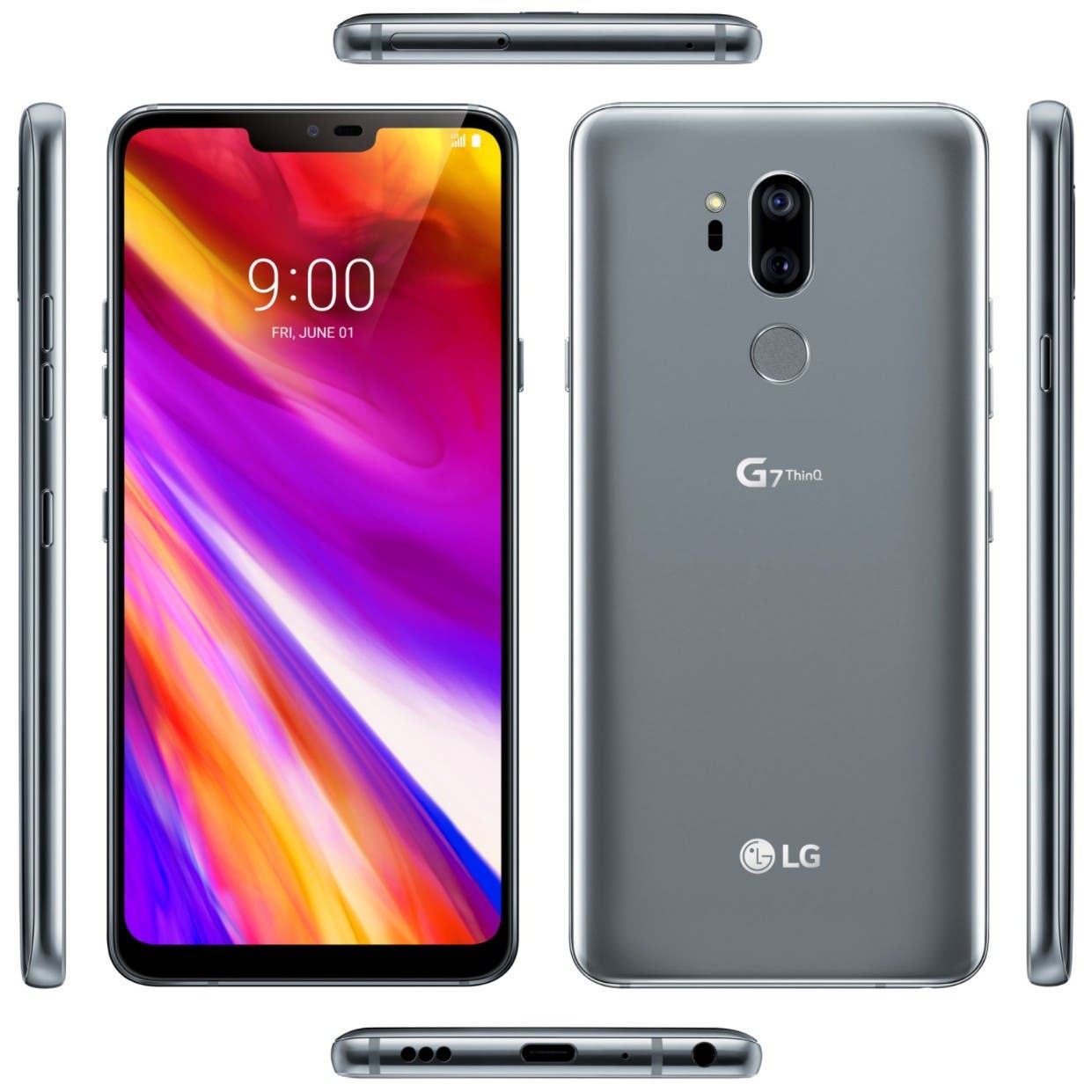 Nothing is official at this moment, so we’ll have to wait until LG’s event in New York City on May 2 to get the rest of the details.