If I say that Xiaomi has the most “loyal” fanbase in the world, many will probably disagree considering that Apple and Samsung’s fanboys are quite loyal too, especially Apple. However, have we noticed that the average Xiaomi user never sees anything wrong with what the company does? Now, that is obviously the passion for the company. Xiaomi’s supporters stretch from the high-class citizenry to the low-class smartphone users though the former is only a niche. Compared to Huawei (another Chinese manufacturing giant), Xiaomi is less known globally but even Huawei’s fans are not as enthusiastic as Xiaomi’s. 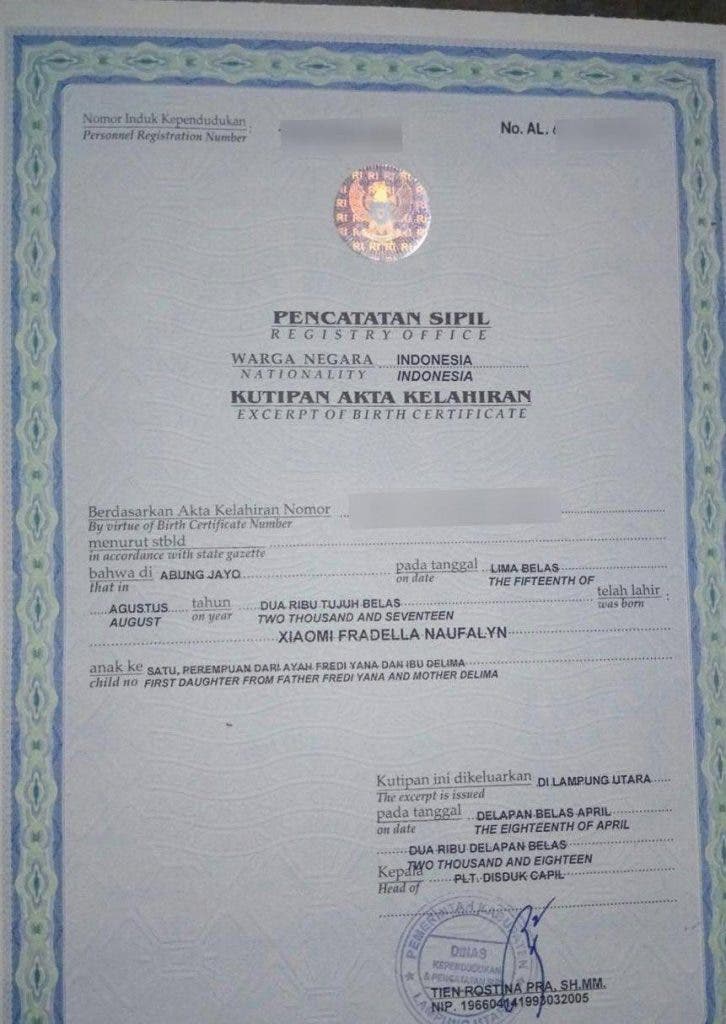 The passion that users have for Xiaomi devices is elucidated in Southeast Asia and mostly India. Now, a strong Xiaomi fan has done the unthinkable. An Indonesian couple just named their daughter “Xiaomi”. This information was shared by  Xiaomi’s senior vice president via his Weibo account. The couple, Fredi Yana and Delima made a decision to name their daughter “Xiaomi”, which triggered an online frenzy. We regularly see such things in sports and politics but it is not a common occurrence in the technology industry. What do you think about this? Have you heard of something similar within the tech world before? Let us know in the comments.