If you once had any doubts about Meizu’s ability to deliver on its 15th-anniversary devices, we would urge you to consider them assuaged. The company at its Sunday event not only proved that it wasn’t disturbed by the recent onslaught of Android phones with notched screens with the Meizu 15 trio but also introduced two new products for music lovers – the Meizu POP Wireless Earbuds and the Meizu Halo Laser Earphones.

Much like the Gear IconX 2018 and the Apple Airpod, the Meizu OP Wireless earbuds are cord-free accessories with water-resistant earbuds body that weighs about 5.8g. The Meizu POP connects via Bluetooth and comes with touch-sensitive controls with which you can answer/reject calls, pause, play, change songs, or even wake the Meizu Voice Assistant on supported devices.

The accessory is available only in white color and is packed in a matching case that doubles as a charger which can be recharged via a USB type C port or on a wireless pad. While the white matching case boasts can provide up to 12 hours of battery life via its built-in 7000mAh battery, the earbud itself comes with an in-built 85mAh battery boasting up to 3 hours on a single charge.

The Meizu Halo Earphone, on the other hand, is a wired one with a fashionable cord that uses the Corning® Fibrance® Light-Diffusing Fibers illuminated by laser diodes from OSRAM. The laser diodes emit light using three different patterns; Music Mode – the intensity of the light changes with the rhythm of the song, Static Mode – the light remains static, and the Flash Mode –  where the light flashes at 2-second intervals.

Users can however turn off or adjust the laser brightness using a custom app. You can adjust the intensity or even turn it off if you wish. The accessory depends on a 360mAh battery which you can charge up to full capacity in 1.5 hours. Battery life depends on the intensity of the laser offering up to 5h on 50% intensity and up to 15h when it is totally turned off. 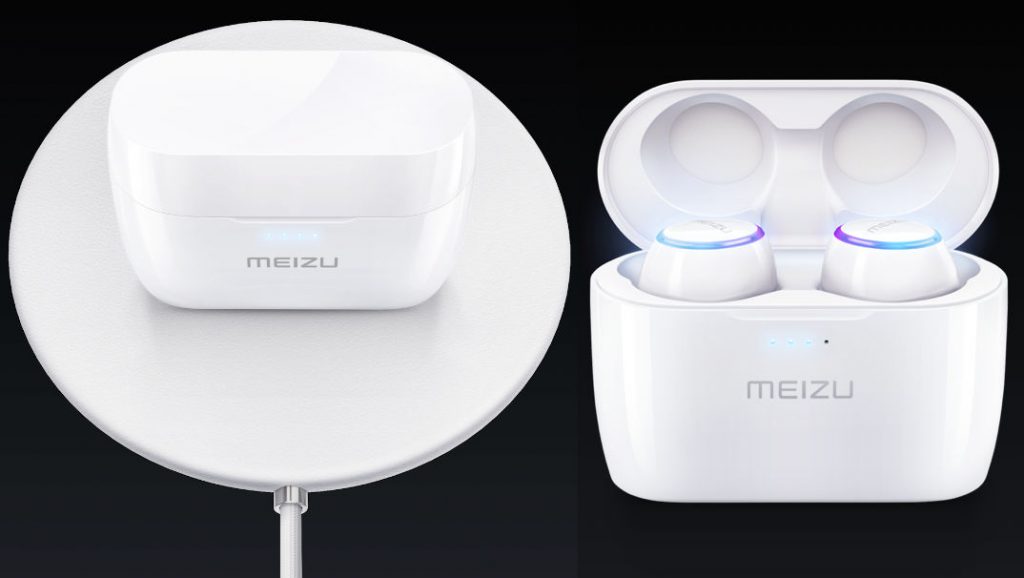 Next Xiaomi Currently Has The Most Passionate Fans In The World