Nothing else has changed outside of the change in moniker. The LG K9 (LG K8 2018 for other regions) is encased in a grippy outer plastic shell, with a grid-like design that should be pleasant to hold. It flaunts a 5-inch display with LG’s In-Cell technology, a 1280×720 screen resolution which should amount to a 279ppi. Unlike the Mediatek based LG K11, the LG K9 uses a Snapdragon 210 coupled with 2GB of RAM and 16GB of storage, which can be expanded up to 32GB using MicroSD card.

The camera on the LG K9 isn’t one that will sweep you off your feet, but for the asking price, an 8MP rear camera and a 5MP sensor with a screen flash should be Okay for your photographic needs.

The LG K11(K10 2018) takes things a notch higher. Unlike the K9, it is clad in a metal body with MIL-STD 810G for durability, while also boasting of a larger display size. With 5.3inch in-cell Touch 2.5D curved glass IPS display,  the LG K11 offers same 1280 x 720 pixels resolution as the LG K9 but drops the Snapdragon chipset in favor of a 1.5GHz octa-core processor MediaTek MT6750. LG is offering the LG K11 in 2GB RAM coupled with 16GB of storage, which is further expandable up to 2TB using MicroSD card. 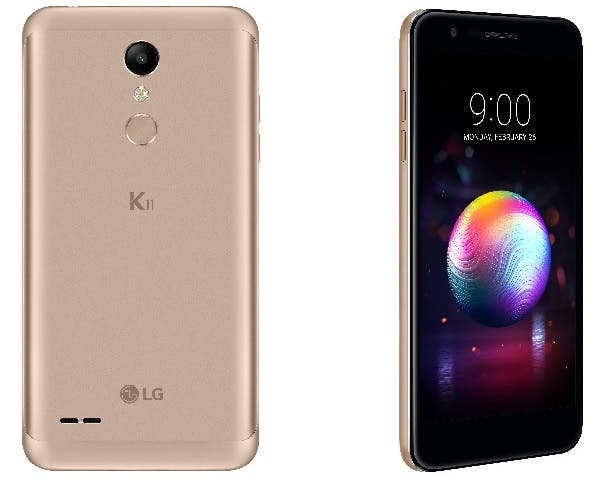